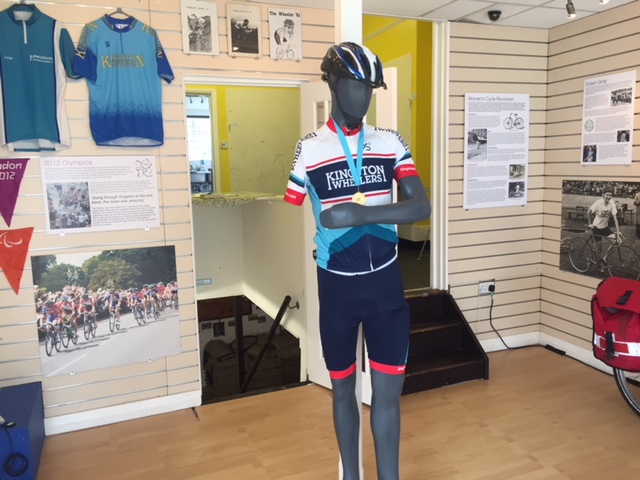 Wheels of time celebrates cycling in Kingston and Surbiton from its Victorian origins to the present day.

The free exhibition on Brighton Road, which is called Wheels of Time, has been curated by social enterprise group The Community Brain and is open to the public until May 1.

Visitors can find out local historical facts, including how Surbiton was once home to a national racing track where locals raced penny farthings instead of cars.

They can also learn more about Kingston and Surbiton’s current connection to cycling, including how Kingston is home to one of the few cycling ambulance response units nationwide.

This information is presented through a series of posters, audio recordings, where a range of locals share their cycling experiences, and even a cartoon.

Wheels of Time also displays a range of bicycles from London Ambulance cycles to the modern Deliveroo bikes to inspire future cyclists. 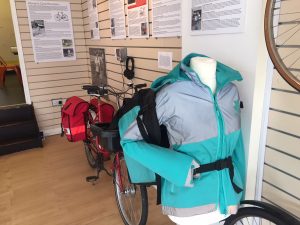 The current exhibition comes on the back of last month’s Wheels of Time Penny Farthing Sunday event, on March 18 where brave locals tried their luck on Victorian bicycles.

The Community Brain director, Robin Hutchinson said: “This exhibition is a celebration of the history and heritage of cycling in the borough starting with the Victorians and coming right up to the modern day.”

“What has been amazing is the passionate desire of cyclists to research and get engaged, and get involved. It has spun out so many different stories about cycling.”

He said that he surprised himself after becoming interested in the newest parts of the exhibition, adding: “It’s the more modern stuff I’m really interested in, because you realise how the very people who were passionate about cycling in the Victoria era are still with us, albeit in new form. That’s why you’ve got this great drive to make cycling safer and more popular on the streets”.

Alex Beard, a representative from the Community Brain, said: “It was originally inspired by the really quite wacky Victorian activities that took place in this area … But since then it has sort of grown into celebrating all things cycling going on now and in the recent past, and bringing it right up to today with deliveroos.” 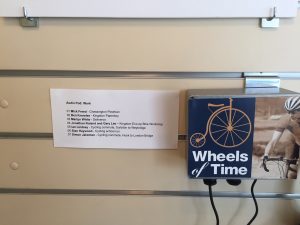