The Rose Theatre is currently celebrating its 10th anniversary of being in business with an exhibition and announced two spring and summer plays, with major actors taking to the stage.

The theatre first opened its doors back in 2008 under the leadership of founding Artistic Director Sir Peter Hall, and is now celebrating its most memorable items and stages created, which includes the dress worn by Dame Judi Dench in A Midsummer Night’s Dream in 2010. The costume is on display on the Upper Circle Foyer.

Chief executive Robert O’ Dowd said: “Early days were challenging, but I think in the last five years we have settled into rhythm and increased the quality.”

Covering two floors, the small exhibition showcases stage designs, costumes, and props from past productions, such as the throne from The War of the Roses.

The 10 year anniversary also had the Rose Theatre announcing a revival of Shakespeare’s Much Ado About Nothing, starring actress and TV presenter Mel Giedroyc and John Hopkins, known from Poldark. The play is on in the main auditorium until 6 May.

Hogarth’s Progress, a double bill celebrating the life of William Hogarth, was the second production announced, set to begin on 13 September.

Mr O’ Dowd said: “The industry as a whole need to draw more young people. The industry might have left people aged under 35 behind.”

The exhibition is free and on until 29 April. The costumes, props, and set designs can be found from the ground Circle Bar to the Upper Circle foyer.

The War of the Roses was in theatre from September to October 2015, receiving positive feedback. 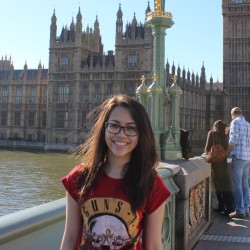 Latest posts by Zara Woodcock (see all)
Share the story