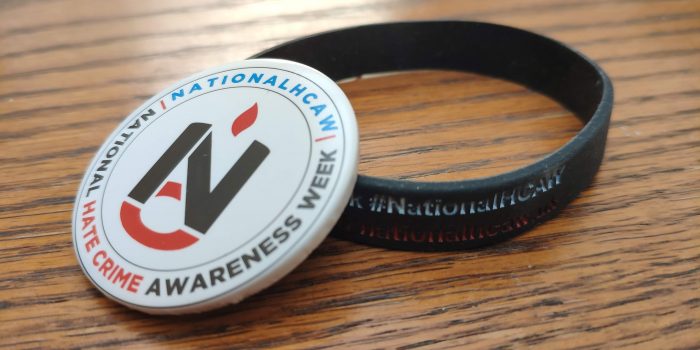 Kingston has marked National Hate Crime Awareness week against the backdrop of shocking statistics that show hate crimes on the rise across the UK this past week.

The event is “really about raising awareness of what hate crime is, telling people how they can report it and encouraging people to report it”, according to a leading local voice in the campaign.

Stephanie Royston-Mitchell, Community Safety and Resilience Principal at Kingston Council, said: “It’s also about helping to understand what services are available, who they can talk to if they’ve been a victim or witnessed a hate crime and really just encouraging people and communities to stand together against hate.”

A hate crime is any crime which is believed to be motivated by hostility or prejudice based on a person’s real or perceived race or ethnicity, religion or beliefs, sexual orientation, disability or transgender identity.

Government figures released earlier this week revealed that the number of hate crimes recorded by the police had increased by 10 per cent in the past year, with transgender hate crimes increasing 37 per cent.

Kingston does not seem to be following that trend though, according to Royston-Mitchell. She said: “In Kingston we’ve not seen a significant difference in the same way that’s been reported in the press.”

When asked why this might be, she said: “I think visibility of our local voluntary sector is really positive.

“In Kingston, we’ve got Kingston Race and Equalities Council who offer third party reporting but also offer support and get out into schools raising awareness, trying to work with our communities to promote cohesion.

Anyone who experiences, or who is witness to, a hate crime is encouraged to contact the police either directly or anonymously through Crimestoppers.

“We would encourage people who witness something to maybe ask that person if they’re okay. Sometimes people who’ve experience hate crimes will say, ‘Actually, all I wanted someone to do is say are you okay’,” said Royston-Mitchell.

Support and further information are available through Kingston Race and Equalities Council.