The Ram Jam Club at The Grey Horse has been hosting the live poetry and music show Rhythm & Muse on the last Thursday of the month since 2010. Last month, however, everyone was particularly excited about hosting one of Britain’s best-loved poets, Roger McGough.

A mixture of Woody Allen, Larry David and Jose Saramago in looks, but in art his own person, Roger McGough recited from his 2009 book That Awkward Age (between life and death), covering topics from capitalism to alzheimers in a rapid, urban flow that makes for sharp, rhythmic poetry.

He was joined on the bill for the night by Chris Hardy, Walter Wray and Steve Halliwell from the band LiTTLe MACHiNe. The band dramatized poetry through music, not changing its meaning but making it meaningful in more ways. When they sung, the words were always clear and the feelings these represented transparent.

Although somewhat goofy and uncoordinated in the intervals between each song, the band performed each poem astoundingly, setting them to rock, blues and folk tunes which upheld the standards of the poetry they performed.

A special mention must go to Wray’s daughter, Lily, who joined the three musicians to sing Larkin’s This Be the Verse. Her genuine, powerful voice lent a tough spin to the song.

After McGough’s performance Hardy said:  “I’ve known his work for many years. His poetry is very appealing, accessible and clever.” He added: “It’s not all funny, Roger chose those specific poems to make people laugh tonight.”

If you are in or around Kingston and looking for a fun night out, this is a must. From the hosts and the performances, to the atmosphere of the venue, there are plenty of reasons why you should not miss next month’s Rhythm & Muse. 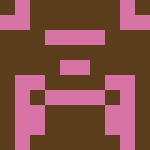