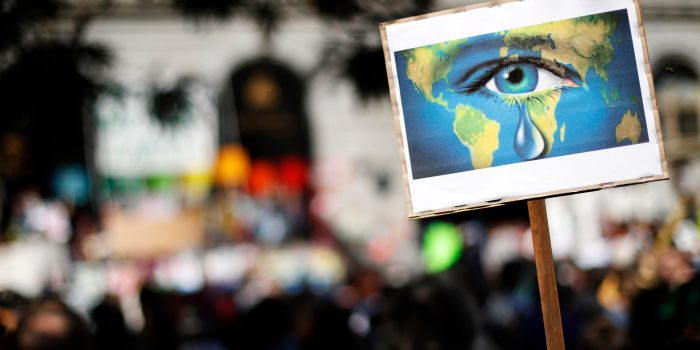 Eco-anxiety is on the rise in students due to increased awareness of the destructive consequences of climate change.

A survey by the London based environmental charity Global Action showed that 77 per cent of the 128 student participants, aged 13- 19, felt anxious about climate change.

“It’s normal to feel anxious in relation to very worrying situations; you’d feel anxious if you were given a serious medical diagnosis.

“I think the climate scientists are giving the earth a very serious diagnosis.

“I think it is a massive thing to live with the suspicion that (as some of my younger clients have said) ‘we’re completely f***ed.’”

According to the APA, the symptoms of eco-anxiety include feelings of stress, worry, helplessness and fatalism when thinking about the state of the environment, which can put a strain on relationships, cause depression and even trigger Post Traumatic Stress Disorder (PTSD).

Kingston University Art Direction student and eco-anxiety sufferer, Ellie Dallison, 19, said she felt anxious and hopeless that the government and older generations were not taking the climate crisis seriously, but did her best to stay positive.

Dallison, said:“Eco-anxiety is something that should be used as a drive.

“It’s so hard sometimes, but you have to think of all the things that you can personally do for the environment.

I made my Instagram page [eco_living2000] to show the imperfect version of being eco friendly and to remind people that many small actions make the world of a difference.”

Rust, recommends that people experiencing Eco-anxiety should try talking to others who share their fears.

It can also be uplifting to join communities that are striving for positive change, such as, Extinction Rebellion, tree planting schemes or volunteering at green nongovernmental organisations.