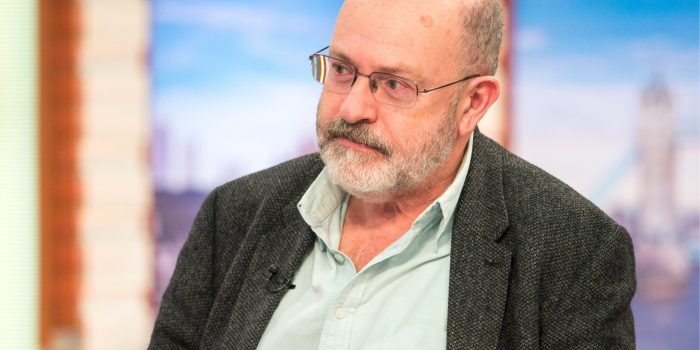 Hitchens lambasted Sweeney as the pair bickered about Government measures to halt the spread of COVID-19. Picture: RexFeatures

In a video post on Twitter, Sweeney hammered Hitchens as a liar, rejecting his column’s claim that the Imperial College London report, which warned that unless stringent measures were enforced thousands would die from coronavirus, was nothing more than “speculation”.

Sweeney challenged Hitchens to volunteer to help the NHS to cope with the immense strain the deadly virus is placing on its staff, but Hitchens bashed the former BBC journalist as a “noisy hero” after encouraging him to “empty some bedpans” in a vociferous reply.

What is wrong with you @johnsweeneyroar? Has something gone amiss in your life that you stamp about making unprovoked attacks on people with different opinions from yourself? Go and empty some bedpans, you noisy hero, and become the new Florence Nightingale. https://t.co/L9yPoiVJox

Hitchens’ controversial column condemned public hysteria surrounding the virus and described measures taken by the Government to disrupt its spread as “made out of fear and speculation rather than thought”.

The MoS columnist argued that the government-mandated closure of restaurants, cafes, gyms and schools will unnecessarily lead to the “slow strangulation of small businesses and the catastrophic collapse of a flourishing society”.

The pair continued in their fierce exchange as Sweeney accused Hitchens of using his column pages to attack society for financial gain and peddle lies the could “end up killing people”.

Hitchens ridiculed Sweeney, asking if “emptying all the bedpans had gone to his head” and charged him with “gargling in the state propaganda choir”.

The COVID-19-fuelled feud raged on the following day, with Sweeney calling for Ted Verity, editor of the MoS, to kill Hitchens’ outspoken column.

#PanicDiary You didn't copy in @mailonline @@ClarkeMicah. Just in case I have written to your editor Ted Verity asking that he kill your column for the good of public health. https://t.co/Yl1HEYCvnO

Meanwhile, Boris Johnson announced draconian measures placing unprecedented restrictions on the public’s movement amid growing concern the pandemic will topple the NHS and leave doctors having to make horrifying decisions about who should be given ventilators over others.

The measures included handing powers to the police enabling them to disperse gatherings and levy fines against those flouting the rules.

The prime minister instructed the public to stay at home unless heading out for essential work, food shopping, the collection of medical supplies or to support vulnerable people.

One form of outdoor exercise such as a run or a walk is allowed each day, either taken alone or with members of the same household.