A teenager has been jailed for six weeks after admitting he racially abused Manchester United and England forward Marcus Rashford.

Justin Lee Price, 19, of Grandison Gardens, Worcester pleaded guilty at his hearing on March 17 2022 at the Worcester Magistrates’ Court to one count of “sending a grossly offensive message by public communication network”.

The 19-year-old sent a direct tweet to Rashford using derogatory language in an offensive message. The Crown Prosecution Service (CPS) said Price had sent a tweet that was “clearly racist” to the player after he missed a penalty during the Euros in July 2021.

Senior crown prosecutor Mark Johnson said that Price had targeted Rashford because of “the colour of his skin” and that his action was “clearly racist and a hate crime.”

The CPS said he denied the charges in his first police interview and changed his name on Twitter to avoid detection (after the post was reported), however, he later admitted to posting the tweet when he was questioned a second time.

The tweet included Rashford’s username as well as a racial slur and a claim that even his “dead nan could have scored that”.

Rashford was targeted with online abuse and a mural honouring him was defaced (which was later repainted) after missing a penalty in England’s Euro 2020 final shoot out against Italy.

Players Jadon Sancho and Bukayo Saka were also targeted with online abuse in the aftermath of the final.

District Judge Ian Strongman said Price had been given a reduced jail term because he pleaded guilty, however, the sentence could not be suspended because of the racist nature of the tweet.

Mr Strongman ordered Price to pay a £128 victim surcharge. He was also given a restraining order that prevents him from having any contact in person or via social media with Rashford for five years. 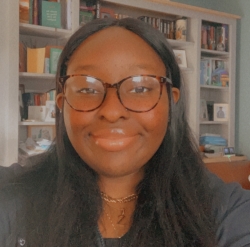