Girl Guiding has been doing this survey every year since 2009 and is currently in its 13th year with developments overseen by its youth panel ‘Advocate’.

The 2021 survey asked young girls and women about emerging pressures and issues females face in the modern age, particularly with a world experiencing and living with Covid-19. This year’s survey was supported by the People’s Postcode Lottery.

Head of Charities at People’s Postcode Lottery, Laura Chow said: “Girls and young women are facing so many challenges, and as well as taking action to tackle these pressures, having access to tools to build resilience and confidence is crucial to ensure girls can be positive and confident about their future.

“The support young members receive from their friends and the volunteers in Girlguiding is vital during this time of recovery, and I’m pleased that the funding raised by players of People’s Postcode Lottery is enabling this to happen.”

The constant lockdowns and restrictions led to girls and women having to adapt to a new way of life, which had impacted on various aspects of their lives from mental health, to opportunities, finances and schoolwork.

Girlguiding Chief Executive Angela Salt OBE said the pandemic has impacted every aspect of girls and young women’s lives, as both have added new worries and made existing pressures worse.

She said: “Now more than ever Girlguiding has an invaluable role to play in continuing to support girls’ wellbeing. We’re proud to be able to offer a space where girls can be themselves, have fun and do the things they’ve missed out on this year, all whilst developing essential skills for their future, helping to build resilience and confidence to navigate this difficult time and the relentless pressures they face.”

Survey results have showed a significant decline in girls’ mental health, post pandemic. Girls have been shown to have had more negative thoughts and feelings, due to difficult times during Covid and more pressures faced, compared to before the pandemic.

The chart below shows the decrease in girls and women who said they felt ‘happy most of the time’. This could be due to the increased academic and social pressures on girls reaching adolescents and adulthood.

In 2021, the height of the pandemic saw happiness levels decrease to 25 per cent for girls aged 7-10, 11 per cent for 11-16 and 6 per cent for 17-21 year-olds. This may have been caused by less opportunities to see friends and family or being able to go out during various lockdowns and restrictions.

The pandemic’s effect on the mental health of young girls and women aged 11 – 21 has evidently become a source of anxiety and worry as 58 per cent said they were struggling more with their mental health and wellbeing, after the pandemic.

The second biggest cause of worry for 55 per cent of girls was the opportunities they missed out on due to Covid, as school and social lives would have been affected by decreased in-person interactions and learning.

The survey has also collected data on how young girls and women aged 11- 21 felt about those missed opportunities and what it meant for them post pandemic.

One of the main results of missed opportunities was that 59 per cent of girls felt it had negatively impacted their mental health.

Girls’ struggle to balance school work appeared to have a knock on effect on their ability to separate school work and socialising due to the pandemic, as the chart below shows girls found it harder to relax. The older girls aged 17-21 were the most affected as 76 per cent said they found it harder to relax. This was followed by 63 per cent of girls 11-16 and 44 per cent of girls between seven and 10.

Overall, the survey data showed significant negative effects of the pandemic on girls and women, particularly concerning the impact it had on their mental health and concerns about key areas such as school and finances.

Girlguiding Advocate Amanda, 17, said: “Sadly I don’t find the results of the research surprising. We’re exposed to more and more pressures, both online – from harassment, to images portraying unrealistic ideals of ‘perfection’ – and as a result of the pandemic and the disruption it’s brought to everyday life.

“Pressures like these are directly impacting the confidence and happiness of girls and young women in the UK. Urgent action is needed to revert this devastating trend in declining happiness amongst girls through better support for their wellbeing as we recover from Covid-19.”

The data was based upon 2,000 girls and women between the ages of seven and 21 surveyed by Girlguiding.

Further information on other issues affecting young girls and women can be found here in Girlguiding’s Girls Attitudes 2021 Survey report. 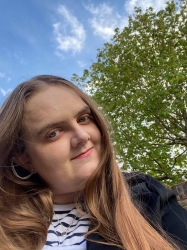