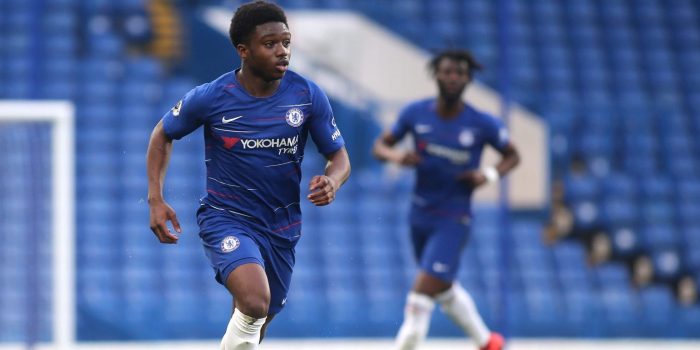 Chelsea extended their unbeaten run to eight matches as they cruised to a 3-1 victory against top-four rivals Arsenal in Friday night’s enticing Premier League 2 clash.

Striker Charlie Brown proved to be the main difference on the night, opening the scoring on 17 minutes after he galloped onto a neat through-pass from midfielder Thierno Gallo and calmly wrong-footed the Arsenal goalkeeper.

Clinical in front of goal again, the young Englishman secured his well-earned brace in the 56th minute, providing a deft headed connection to Billy Gilmour’s whipped corner to put the game out of Arsenal’s reach.

“We’re buzzing,” said Brown after the game. “I think we can go all the way.”

Having opened his scoring account for the season, Brown also reflected on his own performance. “We’re all striving to become top players,” he said. “We’ve just got to keep doing what we’re doing.”

But Chelsea were composed when it mattered, and despite failing to register their fourth clean sheet of the season, achieved victory and vanquished Arsenal’s impressive seven-game unbeaten run.

Prior to the defeat Arsenal were enjoying a successful opening run of games, but had faltered marginally of late and always looked to be the slight underdogs approaching the tie, having settled for just a draw in four of their previous five matches.

Arsenal will also be disappointed to have scored just one goal on this occasion, having netted 17 across their previous five meetings with Blues’, including a 1-3 win in their last visit.

In addition to extending their own winning streak to eight matches in a row, Andy Myers’ Chelsea defended their top spot in the Premier League 2 table, but remain just a point clear of Derby County after the Rams’ 1-4 victory away at Everton.