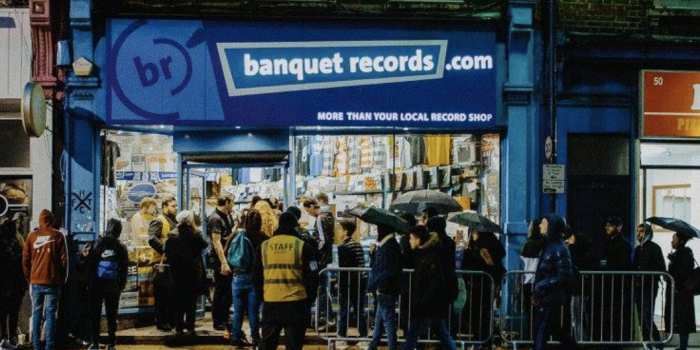 Jon Tolley is a local celebrity in Kingston, famed for bringing the 1975, Mumford & Sons and Shawn Mendes to the town. Tolley grew up in Chessington and started working at Banquet Records after university. He bought the store with his business partners 13 years ago. 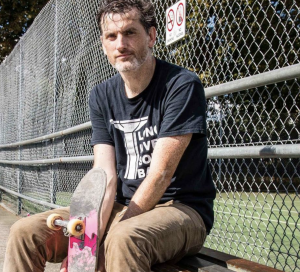 Tolley is a well-known figure in Kingston, musically and politically.
Photo: Jon Tolley.

Banquet Records is a cornerstone of Kingston society. Not only an independent vinyl store, the team also put on gigs, have a record label and support local talent.

Tolley said: “Musically, we’re not just a record shop. Our mantra is also about doing something outside the business world.

“It’s about being an HQ in Kingston, a go-to, a tried and trusted person or entity in the town that people feel is a constant and is on their side.”

As well as running Banquet Records, an independent business, Tolley is a Liberal Democrat councillor for Kingston Council.

He said Kingston Council does not prioritise independent businesses in comparison to stores such as John Lewis or the Bentall Centre.

Tolley said: “I think generally councils aren’t clued up enough to know what independents are doing because they have enough other stuff to do.

“We’re trying to get councils to step back and facilitate people and businesses to do what they want to do, as long as it’s safe and legal.

“Independents can do things that corporates and chains can’t do. The 1975 are headlining Reading and they came and played here because we’ve got a relationship with them.”

‘Kingston has always punched above its weight’

Tolley has lived in Kingston all his life, leaving only briefly to go to university in Loughborough.

He said: “The reason why we started putting on gigs in Kingston is to get bands to come and play our hometown, not because we saw it as a business opportunity.

“It’s my home, the football club I support is here, the music scene here is important and it’s part of my culture and identity. It’s an emotional connection, not just purely financial.”

Past and present acts

Tolley said: “I can’t really say who the best act I’ve ever worked with is. There’s a few favourites but that’s not the same as best.

“There’s an American punk rock band called Face to Face who are one of the bands who got me into punk and showed me into this whole new world, that was a big deal.

“When Jamie T played, he’s local and it’s very special to where we are now, special to Kingston and South West London.”

“But we don’t know who the biggest band to play at Banquet Records in 2019 will be. It could be anyone.”