November 19 was International Men’s Day (IMD), a holiday that has previously been met with dissatisfaction and criticism by many, or simply ignored.

Last year IMD focused on positive male role models, a good place to start. Among many other goals, IMD aimed to focus on the positive impact of men in society, supporting men’s health and most importantly, creating a safer world.

Mark Brooks, one of the UK’s ambassadors for IMD, said: “The day provides a focus for everyone to look at issues that are effecting the well-being of men and boys, ranging from  mental health,  employment, education, general health, sexual abuse and domestic violence for example”.

But in a time when women are still facing serious daily struggles globally, is it any wonder that a common attitude to this holiday is to simply ignore it? Do we really need it when every day seems like a man’s day? In short: yes. And here’s why.

The issue in figures

In the UK, men are three times more likely to successfully commit suicide, a trend echoed worldwide. Furthermore one in five men die before 65, often because they neglect medical attention in order to conform to certain gender stereotypes. If we want to reduce these figures, something has to change.

We tend to flock to support women in trouble but shy away from men’s emotions and label them as ‘weak’. Yet emotions and the ability to show them are what make humans the most complex and dynamic creatures on earth, and a willingness to identify the first red flags of either physical or mental illness can save lives.

IMD is encouraging this kind of change by promoting positive male role models and encouraging conversations. This year in the UK, 200 events were held for IMD to raise money for charities and spread awareness.

Many boys grow up being taught to suppress fear and anxiety, with no real advice on how to manage it. It’s simply accepted as something they must not exhibit. Oftentimes, when those feelings reach boiling point, the confusion surrounding these emotions can often be expressed as anger.

Furthermore, expectations that men should be strong and fight more often mean that feelings of anger and sometimes aggression are encouraged. Instead of speaking up, many resort to aggression to attempt to regain a sense of power.

It can also go the other way, where feelings are reduced to depressive moods and the confusion of these feelings only leads to more silence. We need to encourage more boys and men to speak up, not hide away.

“We live in an inclusive society, so making sure that men and boys are in a positive place, mentally and physically, is important not only for themselves but also for society, their family and friends which of course includes women and girls as well,” Brooks said.

The idea of an International Men’s Day may continue to be met with yawns and shrugs, but the kind of dialogue it encourages is key to changing behavioural patterns, mentality and lives in general.

IMD should be celebrated and embraced more, not less,  in order to help open discussions about men’s mental health and hopefully start to dissolve the notion of ‘toxic masculinity’. 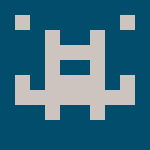