Wimbledon police station remains open for now, but its future has been in doubt since Mayor Sadiq Khan announced three years ago that it would be closed along with 38 other London police stations.

Conservative mayoral candidate Shaun Bailey, however, has committed to the future of the police station, and claimed last week that he would re-open all 38 stations if he was to be elected.

“Wimbledon station is firmly in these plans and would be reopened to the public in my first term,” he said.

“I was a youth worker for over 20 years. I know the streets, I know how they operate, and I know how to tackle crime.

“A strong local police presence changes the culture, it makes it harder for criminals to operate, and a stronger local presence leads to better police-community relations- all good things.”

A Labour spokesperson responded by attacking Bailey’s record as an advisor to the government, and implied that it was actually the Conservative government that was forcing the mayor to close the affected police stations due to budget cuts.

“Shaun Bailey personally implemented the massive cuts to the Met since 2010 as crime and youth adviser in No 10,” they said.

“More police stations were closed by Boris Johnson than Sadiq – but all were forced to happen because of the huge Tory policing cuts. Sadiq has had to take difficult decisions in order to protect frontline officers.

“Shaun Bailey simply cannot be trusted to keep London safe with his record of cutting the police and youth services.”

The exchange reflects heightened tensions between the Labour and Conservative mayoral candidates, with elections set to take place on May 7 this year.

Labour claims that cuts made by the Conservative government have left the mayor with no choice but to make £8m in cuts to frontline services. The Conservatives in turn have said that the mayor has still not allocated £51m in funds, and accused him of spending £30m on his own team alone.

After it was announced that Wimbledon had been earmarked for closure in 2017, Paul Kohler, the victim of a vicious attack in 2014, argued that he would not have survived had it not been for the close proximity of Wimbledon police station.

He launched a High Court challenge to get the decision overturned and while the overall appeal failed, two judges declared the decision unlawful because local residents were not properly consulted before the closure.

Since then the station has remained open, but there is still a great deal of uncertainty about whether the station will stay open in the long term.

“It’s definitely open now, unlike the 36 other stations which have been sold, disposed of and moth-balled or otherwise closed, and had their front desks closed so that the public can no longer report crime,” Kohler said.

“[I have] no idea when final decision will be made and switching the focus to police numbers risks delaying it even further.”

So will it remain open?

The result of the mayoral election will decide whether Bailey will be able to fulfil his pre-election promise, but the future of Wimbledon police station remains under review.

Rebecca Byng, media and communications manager at the Met Police, said: “The Metropolitan Police are undertaking a full review of the current estate strategy to take into consideration the uplift in officer numbers.

“Wimbledon and Mitcham front counters both remain open pending the decision over the future of Wimbledon Police Station which in turn is dependent on the outcome of the uplift.

“The current strategy assumes that Wimbledon will be closed;  the Judicial Review required the Deputy Mayor to review her decision. This decision awaits the outcome of the uplift. 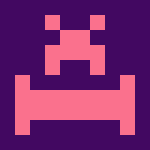