The Covid vaccine rollout in the capital has been less successful than in other parts of the UK.

Since early December, when the Pfizer/BioNTech vaccine was first approved in the UK, half of all UK adults have received their first dose.

Approximately 31.1 million people have now received their first dose, and 4.5 million have had their second.

While vaccinations countrywide have been fast and steady, London is a bit behind with vaccinating over 50s. Reports show that while the Midlands have vaccinated 88 per cent of them, London is still at 79 per cent.

According to a tweet from London gov shared by the London mayor, 3,154,072 people in the capital have received their first dose, and about 358,000 people have had their second.

Some public health experts argue that while there could be many reasons for London’s lower vaccine rollouts, one of the factors could be vaccine scepticism among minority groups, which make up around 40 per cent of London’s population.

In response to scepticism, epidemiologist Dr Bahram Hassanpourfard said that vaccines are safe and that they have been tested properly before being rolled out.

“There are many conspiracy theories around vaccination, but the truth is when you look at the vaccine impact it saves lives,” he said.

“All the vaccines that are being used currently have gone through multiple stages and they have been checked very carefully, many health authorities across the world approved them.”

According to the Mayor of London’s daily Covid-19 updates, on 30 March the number of new cases in the capital was reported as 468. On the same day, there were 717 Covid-19 patients in London hospitals.

According to the NHS data, during the last ten weeks, the number of weekly Covid-19 reported deaths in London hospitals has gone down from 1,200 to nearly zero.

The graph below shows the decrease in reported Covid-19 deaths in London Hospitals, from January until March. 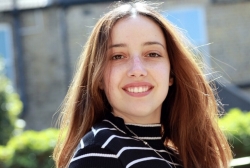 Latest posts by Maria Volpe (see all)
Share the story