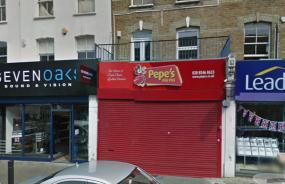 Three men were found without permission to work at Pepe‘s Piri Piri on Fife Road and another three men at New Devi Tandoori on Kingston Hill, including the deputy manager of one of the establishments.

Both license holders claimed that they didn‘t know that their employees had no valid working permit for the UK.

Mr Jay Lodhia of Pepe‘s Piri Piri said: “One person got his new visa 24 hours before so I had no idea he had a new visa saying he couldn‘t work.

Mr Sukumar Day, the owner of New Devi Tandoori on Kingston Hill, was represented by a solicitor, who protested Mr Day‘s unawareness of the insufficient work permissions of his workers.

Both restaurants were ordered to produce regular proof of their employee‘s immigration status to Kingston police and install CCTV in their stores as a condition to keep their licenses.

Acording to the Home Office, Kingston Police arrests between 10 and 15 illegal workers every year. Other cases in 2013 included Best Food Extra in Tolworth Broadway, Beaconsfield Food and Wine in Surbiton and Momtaz Cafe in Norbiton.

Sgt. Eddie Armstrong of the Kingston Police, who dealt with many of these cases, said he doesn‘t feel like it is very difficult to find out the immigration status of your employees.

He pointed out that there is a detailed guide book issued by Home Office that explains the different kinds of visas and working permits and how to find out whether they are valid.

He said: “You can look at their document online. I don‘t know what people are thinking.“