At first, James Giles had no intention of starting a political party.

Giles, who co-founded the Kingston Independent Residents Group (KIRG) in 2017 with former councillor Mary Clark, was born and grew up in New Malden. He initially worked as a journalist, running the Coombe Monthly newspaper (now the Kingston Enquirer).

Now, as the 2022 local elections draw near, due to take place on May 5, Giles is KIRG’s deputy leader. The party has 18 candidates standing in ten wards, and he is optimistic about its chances.

“I think, as I’m knocking on more and more doors every day, more and more people are fed up and want a change,” said Giles, who is standing for election in the Green Lane and St James ward.

Despite being a young and relatively small party, KIRG has been quick to make its presence known in Kingston, campaigning on local issues such as protecting the borough’s green spaces and strongly criticising what it views as wrongdoings by current councillors. It focuses on providing what its website calls “a strong, independent voice” for Kingston residents, claiming to prioritise what matters to them and not to the whips of bigger, national parties.

“We were right to kick up a fuss”

Current party leader Helen Hinton, who is standing in the Kingston Gate ward, said she does not believe the council takes such issues seriously.

“I was so shocked when I went to my first council meeting,” she said.

“Instead of actually talking to residents, doing the right thing, improving residents’ lives, they were spending all their time mansplaining each other, and standing up and shouting. It’s just ridiculous.”

Bob Tyler, the party’s nominating officer, said he had similar concerns. “That’s what galvanised us,” he said. “The general lack of debate that was happening in the council, when people were asking questions.”

Among the issues that KIRG believes local people are passionate about, the most notable is the council’s actions surrounding the Kingfisher Leisure Centre in Kingston upon Thames.

Having closed the building in 2019 for repairs to the roof, the council unexpectedly announced in 2021 that it would instead be demolished and replaced with new facilities. The project is expected to cost approximately £40 million.

Hinton said that if her party were in charge, the plans would be scrapped in favour of fixing the Kingfisher’s roof and reopening the building.

Giles said his scepticism predated the council’s 2021 announcement, noting that KIRG launched a petition in 2020 demanding greater transparency on plans for the leisure centre.

He said: “At the time people were saying, ‘You’re scaremongering, you’re doing it for political gain. Of course the centre will reopen!’

“And all I can say is time has proven us right. We were right to do that petition, we were right to kick up a fuss. The Liberal Democrats – as we’ve seen time and time again, sadly – just keep breaking their promises.

“Fortunately, on the fifth of May, people have got the chance to do something about it.”

Not all those who dislike the council’s actions are willing to support KIRG, however.

Councillor Jon Tolley, despite being one of Kingston’s only two Independent councillors, has no intention of endorsing the party.

Tolley, who has announced that he will not be standing in the upcoming election, left the council’s Liberal Democrat group in September 2021. One of the main reasons for his decision was the council’s handling of the closure of the Kingfisher.

Tolley said: “I just thought, what’s the point? What the hell are we doing, lying to people?

“I couldn’t look my kid in the face.”

However, the experience did not leave him with any desire to form an alliance with KIRG. In fact, he is keen to stress the difference between him – an Independent who does not represent any party – and KIRG members, whose ‘independent residents’ group’ is an official political party registered with the Electoral Commission.

“It’s not a party you could endorse,” he said, “even though individual members have done a lot of good for Kingston and have a lot of good points to raise. Overall they’re trolling and nasty, I think.”

Tolley, who is active on social media, has had personal experience with what he views as KIRG members going too far in their campaigning. For instance, in 2021 he was accused of “harassing” a local activist, after asking her to account for money raised via a GoFundMe page.

And in April of that year, when he posted a tweet mentioning his daughter, Hinton (through KIRG’s Twitter account) responded that it would be “interesting” when the child later experienced “feeling threatened in the town centre”. Following criticism, she apologised and deleted her tweets on the subject.

She told the Kingston Courier: “Being a mother of young women I am extremely concerned about this topic and being so passionate about it I went too far. Councillor Tolley was quite right to call me out.”

Josh Stringfellow, a Kingston resident who has strongly criticised Hinton and KIRG in the past, said: “I think residents holding the council to account is important, but too often KIRG’s version of accountability is simply grandstanding while spreading fear, uncertainty, and distrust among residents.

“I don’t think treating every issue with the dial turned up to 11 can foster a constructive approach to local issues and deliver the sort of change we need to see locally.”

Giles, meanwhile, has attracted criticism over his working relationship with George Galloway. The former MP’s past controversial actions include meeting with Saddam Hussein and claiming that the sexual assaults allegedly committed by Julian Assange “don’t constitute rape”.

In 2021 Giles contributed to Sputnik, a show hosted by Galloway and run by state-controlled Russian broadcaster Russia Today, which was recently banned by Ofcom. During the same year, he worked as Galloway’s campaign manager during his unsuccessful run in the Batley and Spen by-election.

In response to a request for comment, Giles said that he took the latter role in his professional capacity as a public relations consultant. He also stressed that he does not agree with Galloway’s recent statements that NATO and the West were to blame for the Russian invasion of Ukraine.

Whether or not such controversies will affect KIRG’s electability, however, remains to be seen.

Hinton is sceptical about the party’s chances, albeit for different reasons. It’s not uncommon, she explained, for people to be “apathetic” about local politics.

She said: “Local councils are funny things, because they affect everybody. But it can seem a bit boring because it’s all about rubbish and roads and schools and libraries.

“It’s all a bit bread-and-butter, a bit dull – but it’s something that matters to us all.”

Meanwhile Tyler, who is standing as one of three KIRG candidates in the Kingston Town ward, is more optimistic. He said: “Campaigning on doorsteps has been very interesting. Lots of people wanting to engage, and just have conversations.

“And a lot of people are saying they want something different.”

And when councillor Nicola Sheppard left the Conservatives in early 2022 to sit as an Independent, Giles took it as a positive sign of things to come.

The fact that Sheppard, like Tolley, is now a ‘true’ Independent with no party affiliation (including with KIRG) did not dampen his enthusiasm. Celebrating the news, he wrote on Twitter: “In Kingston and across the borough, Independents are on the rise and can win seats in the borough in May.”

Nonetheless, the idea of a council dominated by small, local parties is not an unrealistic one. For instance, Epsom and Ewell Borough Council in Surrey is led by the Residents’ Association, with the group’s representatives filling 32 out of 38 seats.

As with KIRG, such groups and associations are registered as political parties. However, they also prioritise and are restricted to their various boroughs, and have no ties with larger, national parties unlike, for example, Liberal Democrat councillors.

And when Kingston residents go to the polls, KIRG may be able to replicate their success, increasing its share of the vote enough to win one or more seats.

Naturally, Giles believes that this would be a positive step forward for the borough. “Across the country Independents are picking up seats left, right and centre,” he said.

“Why not here, in Kingston?”

The Local Borough Election for Kingston Council will take place on Thursday, May 5, 2022. Polling stations will be open from 7 am to 10 pm. 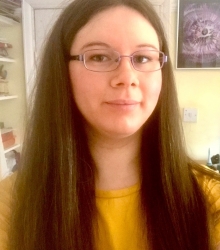