Ramis, who died in 2014, played the iconic Egon Spengler, an incredibly intelligent and eccentric scientist turned ghostbuster, in Ghostbusters I and II. Ramis also co-wrote the original screenplay.

In this sequel a new generation starring the talented Mckenna Grace follows in the footsteps of those before them whilst honouring the actors who first introduced us to the popular franchise.

It was first released November 18 and was written and directed by Jason Reitman, who is the son of original Ghostbusters director Ivan Reitman.

Afterlife follows the life of a struggling single mother and her two children who are forced to uproot their lives and move to a small town after the mysterious death of their grandfather.

They soon discover their personal connection to one of the original ghostbusters, Egon Spengler, after finding one of his ghostbusting gadgets under a chair.

After making some interesting new friends along the way, they go on to explore his legacy and are forced into a battle to save the world from an impending apocalyptic event.

Also appearing in cameos are original cast members we all know and love.

Phoebe is the epitome of today’s generation. Full of intelligence and resilience, she became the heroine of the film by bringing everyone together and becoming an unstoppable force.

Even when original actors return for surprise cameos towards the third act her brilliance and glory was not overshadowed but instead perfectly complimented.

The colourful characters were created flawlessly. From the brilliantly hilarious and sadistic marshmallow men to the unique and intelligent sidekick Podcast (Logan Kim).

The actors did a supreme job of bringing their characters to life, as well as drawing inspiration from the original ghostbusters.

Unlike the 2016 reboot which was somewhat irrelevant, Reitman manages to bring this movie into the 21st century without diminishing the significance of the original, tying them together in a way that made the transition almost seamless.

The story mainly focuses on carrying on a legacy, so it’s only fitting that Reitman took over the reigns from his father to direct the sequel.

Nostalgia is very prevalent in this film, and its significance shouldn’t be underestimated. Without this, it would not have come together so beautifully the way it did.

Ensuring there was a strong connection to the original films throughout, it was guaranteed to be a success when original characters returned for a final send off.

The old and the new

From the outset we see a strong relationship between the old and the new.

Throughout the film there is a sense of familiarity, with humorous who ya gonna call references as well as props from the original Ghostbusters such as the Ectomobile (or Ecto-1).

Similarly, the Afterlife soundtrack features songs primarily from the 80s when the franchise first began. This of course brings many opportunities to reminisce for those who grew up in that era.

The album created for the film by Rob Simonsen involved combining and reimagining the classics in a way that would appeal to todays’ generation.

And of course, the film had to end with the infamous Ghostbusters theme tune by Ray Parker Jr.

Ghostbusters: Afterlife is a must watch, even for those who were never raving fans of the original.

It’s ability to draw the audience in is swift, with a gripping and fast-moving storyline, and not to mention the phenomenal visual effects.

The surprise return of the original cast was timed perfectly in a way that didn’t diminish the accomplishments of the new one. It also allowed for a final goodbye to Ramis and his character while opening the doors to a talented new cast with great potential.

Looking forward it is obvious that there is an opportunity for a successful renewal of the franchise and under the direction of the Reitman clan it is clear we won’t be disappointed. 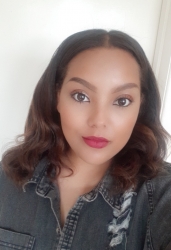 Latest posts by Jasmin James (see all)
Share the story