Four in ten councils believe the government will fail to reach its target of ending rough sleeping by 2027, a new survey has found.

Leaders of urban councils (including London boroughs) were even less hopeful, with six in ten saying they do not think this will be achieved.

The New Local Government Network (NLGN) figures also show that the majority of councils blame a lack of funding from central government. Two-thirds of council chiefs said they do not receive enough money to tackle the problem.

Local Lib Dem councillor, Emily Davey, said: “The government’s target to end rough sleeping by 2027 is not ambitious enough and does not have sufficient money behind it.

“Liberal Democrat Kingston has been tackling street homelessness at all levels.

“But in the long run, street homelessness will end when the benefits system is sorted out, homelessness legislation is reformed and more affordable homes are built.”

The number of people sleeping rough in England increased by 165 per cent between 2010 and 2018, according to a Homeless Link study.

There was, however, a marginal drop in 2018 from the previous year – which perhaps suggests the Homelessness Reduction Act (which came into force last April) has had a positive impact.

The Act places more responsibilities on local authorities in respect of supporting the homeless. They must offer free information and advice and take reasonable steps to help housing applicants find suitable accommodation.

However, Lee, 38, who is a rough sleeper in Surbiton, said: “They’ve now started this Universal Credit. They tell me that I’m fit for work and that I have to wait months to sort anything out.

“You wait months to get anywhere and in the end, they just tell you ‘no’.”

The introduction of Universal Credit has served as another barrier for rough sleepers. Individuals making applications must have internet access, ID and a bank account – meaning it’s largely beyond the reach of those who need it most.

“I’ve been out here nearly three years. I’m always shivering, waking up cold, even at this time of the year.

“To keep warm – I find some cardboard, somewhere sheltered and out of the rain and wind,” he added.

In 2018, the government granted a total of £30 million to councils with the highest numbers of rough sleepers. Kingston council received just over £370,000. That money was divided among local homelessness charities.

Kingston Churches Action on Homelessness (KCAH) received £124,000 to help it run a night shelter over winter.

Operation Director of KCAH, Matt Hatton, said: “That money also allows us to have a rough sleeper coordinator – that’s about trying to do multi-agency work to find housing solutions for entrenched rough sleepers.

“As you can imagine, for someone who’s entrenched – it’s not just that they don’t have somewhere to live – but there is a complexity of reasons why it’s difficult for them to access accommodation and to sustain it.”

According to CHAIN statistics, 50 per cent of rough sleepers seen in 2017/18 had a mental health support need. Also, 43 per cent had an alcohol dependency problem while 40 per cent had misused drugs.

Hatton added: “It’s about getting people off the street and dealing with their complex needs whilst they’re in accommodation.

“At the moment the procedure is that you have to engage with drug or alcohol services whilst you’re a rough sleeper. That is incredibly difficult to do, as in the meantime, your mental health is deteriorating.

“The housing first model, which is high up on the agenda, certainly in the media, is the way to go.”

Under the housing first model, an individual need not prove their ‘readiness’ to be housed. Also, an offer would not be contingent on that person accepting the available treatment or support.

A 2017 Centre for Social Justice report listed three main recommendations for the government. It stated rough sleeping could be ended by investing £110 million a year into a housing first programme.

It also recommended more preventative work to be done and for the government stop its reliance on private landlords by building more affordable homes. 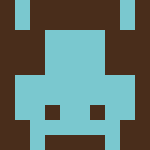