It has been an extraordinary couple of weeks, even by B-word standards. A last-gasp extension has left the UK with a little breathing space, but arguably more fractured and confused than ever over the next steps to take in this arduous process.

With a no-deal exit now looking almost as likely as Theresa May’s much-maligned withdrawal deal being agreed before the new April 12 deadline, many people around the country may well be looking to reconsider their position on the whole Brexit debacle.

Enter Myeu.uk, a website which started out as a hacking experiment, but has grown into an important dataset for Remain campaigners to point to in demonstrating the value of the EU.

Backed by the anti-Brexit groups Best for Britain and Tech for UK, the interactive site has compiled all the EU-funded projects across the country, searchable by local area. It also has data on NHS staff from the EU (considered underestimates, as some staff have not reported their nationality).

“The EU funds projects through a lot of different parts, all of whom report the data slightly differently. We found all these different datasets and figured out how to get them on a common basis and get them all onto a map,” said John Lees-Miller, software engineer and co-creator of the website.

“Definitely one of our goals is to make it easier for you to see what the EU is doing in your local area. You can find a lot of big numbers in the news – a billion spent here, a billion spent there – but it is much more interesting if you can see what is going on just around you.”

Once you have entered your address in the search bar, the map zooms in to your local community to reveal EU-funded projects, marked by blue signposts. Hospital statistics are signposted in red.

Clicking on a project reveals an information box to the left, along with a suggestion to “Tell your MP” (this is a site with an agenda, after all). You might be surprised to learn how many research projects, youth schemes and community enterprises are happening right on your doorstep.

Academic research, youth programmes, employment growth and farming subsidies are among the areas benefiting in Kingston, which received £66 million of EU funding in total since datasets began.

The Local Government Secretary, James Brokenshire, has pledged a one-off £210k payment to unitary councils as a general Brexit safety net, but this seems almost comically small when compared to the figures available on myeu.uk – a mere 0.3 per cent of what Kingston has received from Brussels over the last 10 years, for example.

Admittedly, the EU money does not always go directly to councils, but these funds have been vital in funding investment in austerity-era Britain. Their importance is such that the Local Government Association (LGA) called for a guarantee that the £8.4 billion of EU funding, running until 2020, will be replaced after Brexit.

The Prime Minister has proposed the creation of a UK Shared Prosperity Fund (UKSPF) to take the place of the money local authorities currently receive from the European Union, but it is unclear how much this will actually provide to councils post-Brexit. Indeed, Labour MP Chris Ruane called the lack of clarity over this new fund “maddening.”

“If we leave, we will lose all of that.”

One argument of the Leave campaign was that we pay more into the EU than we receive back. Certainly, based purely on that argument, there ought to be not just the same amount of funding available, but more post-Brexit.

However, as Robin Pettitt, senior politics lecturer at Kingston University, puts it: “What we also received in return for our monetary contribution to the EU was: tariff free access to the Common Market; being part of a 500 million people, $20 Trillion block of countries who could use that enormous economic power to negotiate favourable trade deals; the support for EU institutions in dealings with other countries on, say, trade barriers put up against UK products; and significant influence on EU decision making to ensure the UK’s interests were taken into account.

“If we leave we will lose all of that which is likely to badly damage the economy, which in turn will mean less money for the government to spend. In short, the kind of funding identified on [myeu.uk] will probably not be available post-Brexit.”

The worry from Kingston Council, which has officially backed a second referendum, also stems more from a fear of general economic stagnation than losing the specific funding detailed on Lees-Miller’s site.

“It’s more that we’re expecting things to be tougher for business and for people. That leads to less income via rates and taxes, and more services to be delivered,” said Lib Dem councillor Jon Tolley.

“My personal view is that if a no deal happens it makes everyone poorer and is the biggest failure politicians will ever have made on their own people.” 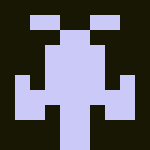