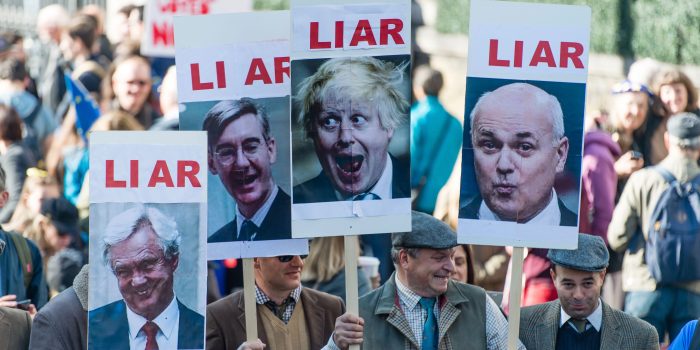 As the Brexit negotiations step ever closer to their end, the positions of MPs across the commons appear to be hardening.

Labour’s “Six Tests” appear to be geared towards voting against any likely deal Theresa May returns to the Commons.

The DUP appears happy to take down the government if its views on Ireland are not respected. 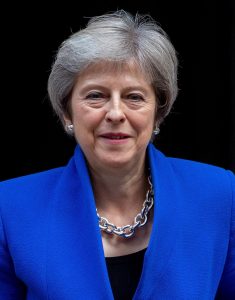 Theresa May Still Holds The Keys to No10 Photo by: RexFeatures

The Brexiteers in the ERG threaten the Prime Minister with a vote of no confidence if she dares to nudge her party towards a classic European fudge. Meanwhile the People’s Vote was buoyed by an historic march of over 750,000 people.

In a scenario as dire as this, May still holds the tag of “dead woman walking” that the Daily Mail so generously anointed her with after the 2017 General Election.

Her demise as Prime Minister has felt inevitable ever since that fateful day when Jeremy Corbyn had left May to negotiate Brexit with a minority government.

But she is not done yet. Despite fellow Tories abusively telling her “to bring her own noose” to the 1922 Committee last week in The Daily Mail, and The Times telling her she had now entered “The Killing Zone”, she still walks.

Even if there were to be a new prime minister, the reality is that nothing would change.

The two party system is supposed to create certainty. A clear winner, a large majority, and a strong government. A large majority gives the PM the power to control their backbenchers.

A large majority can silence the backbenchers.

In the Blair years, it didn’t matter what the backbenchers thought because they needed a huge number to unite and overturn the 179-seat majority, making any rebellion extremely difficult.

On the other hand, it can create a total paralysis of government if there is no majority, like we have now. No majority means every vote matters, and every opinion matters.

On an issue as divisive as Brexit, this makes it nigh-on impossible to create a deal palatable to enough MPs to pass through Parliament.

This conundrum doesn’t change if David Davis, Boris Johnson or even Jacob Rees-Mogg become PM. Davis may pitch his SAS background as crucial to getting a deal, but it won’t change the numbers in Westminster.

We’ve been told for so long that the people have spoken, that leave means leave and Brexit means Brexit. But Parliament as it is, means deadlock.

It is important to remember that Brexit isn’t a normal legislative issue where if you don’t like a policy, you can wait until your side (or faction) is in power, and reverse it.

What’s worse is that to a Remainer, this is a suicidal piece of legislation and to a Brexiteer, this is their only shot at Independence Day. Not exactly fertile ground for a breakthrough.

So what next? If Parliament is locked, the people will have to decide once and for all, once again. The question then, is whether that comes as a General Election or another Referendum.