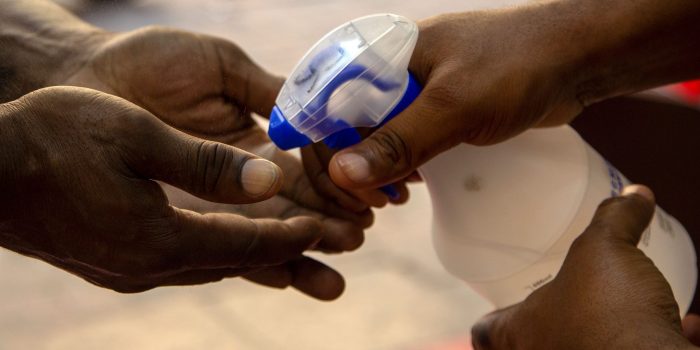 The global coronavirus pandemic has resulted in social lockdowns across the world, with UK citizens told to stay indoors, avoid non-essential travel, and maintain a minimum of 2m distance from others.

For some, periods spent alone can be devastating for their well-being. For those struggling with mental health issues, the lack of social contact could leave them feeling alone and without vital support.

The effects of isolation are being felt by everyone. For most, uncertainty about their employment, their financial situations and being able to visit elderly and poorly family members has increased the amount of stress and anxiety they are experiencing. 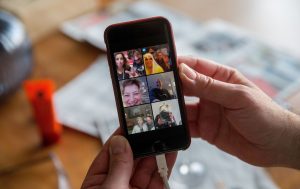 Use apps like Skype and FaceTime to speak and see relatives and keep in regular contact to battle feelings of loneliness. Photo: STEPHANIE LECOCQ/EPA-EFE/Shutterstock

“Do whatever you can to keep connected in this time, do your exercise, you can call family, but make sure you are protecting yourself and those around you by staying at home, it can’t be stressed enough.”

Imperial College London alumni coordinator Tashiana Langley, 24, said: “My dad hasn’t been diagnosed, but he developed symptoms and felt unwell and has been self-isolating all of last week.

“He usually visits his mother every weekend; she is really old and unwell and relies on him to do her food shopping and help around the house and that, so he’s feeling really guilty that he can’t make it up to see her. I think he’s far more worried about that than even his own recovery.

“He feels awful and he’s scared he won’t see her again if she catches the virus.” 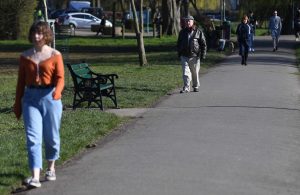 Lockdown rules allow one daily outing for exercise, so a walk in an open space will help combat feelings of being locked up. Photo: NEIL HALL/EPA-EFE/Shutterstock

According to a study on the effects of quarantine published in the Lancet earlier this year, patients “generally reported a high prevalence of symptoms of psychological distress and disorder”, including emotional disturbance, depression, stress, low mood, irritability, insomnia, post-traumatic stress symptoms, anger, and emotional exhaustion – with low mood and irritability having 73 per cent and 57 per cent prevalence, respectively.

To combat this, UK charities have encouraged people to maintain a routine to keep themselves positive, including regular exercise. Mental health charities such as Helpguide and YoungMinds advise young people to limit the amount of news they read, including social media use, to combat symptoms of anxiety and depression.

In addition, the Mental Health Foundation has teamed up with some universities to track the well-being in the UK through a monthly poll, which will track what participants are most worried about, and their methods of coping, both during and after the quarantine ends. 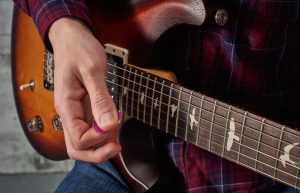 Picking up a new hobby will help keep you feeling productive and busy. Photo: Olly Curtis/Future/Shutterstock

Concerns were also raised about the government’s ‘slow’ response to the coronavirus outbreak, and that there should have been clearer guidance on how to act, particularly in schools.

Surrey primary school teacher Emma Daly, 25, described the mood at school before the lockdown as “scary and confusing”.

She said: “I was seeing parents and friends of parents coming to collect their children, hugging, chatting, still hanging out whilst waiting, which wasn’t the point. We were supposed to be protecting the key workers’ children so they didn’t spread it to them.

“At one of my friends’ schools, there were grandparents still collecting children and taking them home. It definitely raised concerns about whether this was right, whether our system was actually benefiting key workers and vulnerable people.

Use apps like Skype and FaceTime to speak and see relatives and keep in regular contact to battle feelings of loneliness. Photo: STEPHANIE LECOCQ/EPA-EFE/Shutterstock

Dealing with her students’ anxiety about the situation was also a concern, particularly when they asked questions that didn’t have a clear answer.

“I teach nine-10 year olds, and they were really worried. I was telling them to keep safe, but couldn’t tell them what they needed to keep safe from. They were being told their safe space was suddenly unsafe but they couldn’t see why.”

If you are struggling with isolation or are worried about family members, contact your GP or check out the NHS’ advice here.