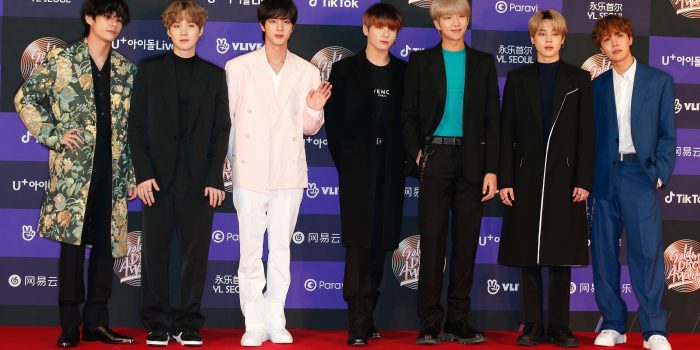 People from all over the world gathered at Kingston University for an academic conference based on K-pop boy band BTS.

The conference attracted around 140 fans and academics from over 20 countries who met to discuss all things BTS from their political influence to social media and marketing strategies.

Senior lecturer in film, media and communications Colette Balmain, who created the event, said that after following BTS and their fans on social media, she found that fans were often “shut down” by K-pop critics.

She decided to create the 5-6 January conference to give fans and academics a platform to speak freely about their appreciation for the group.

“I wanted to provide a non-hierarchical, safe space where academics, practitioners and fans could come together and listen and learn from each other,” she said.

BTS, also known as the Bangtan Boys, are a seven-member boyband from South Korea that has been credited with making Korean pop music, or ‘K-pop’, mainstream world-wide.

Although K-pop has been around since the 1940s, it has ridden a new wave of popularity among western listeners in the past decade.

BTS formed in Seoul, South Korea, in 2013 and have sold over 40.7 million albums worldwide.

Balmain said the global success of BTS is in part due to their use of social media and the internet but also because of their underlying socio-political message.

She said: “In the West, as we move towards the political right, xenophobia and racism have become facts of everyday life.

“The message in BTS’ music about loving yourself has never been more needed.

“Their sincerity in promoting a message of love, kindness and community gives their message gravitas.” 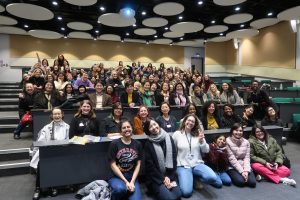 Fans and academics from across the world gathered at Kingston University. Picture: @amigi08

Researcher Shelley Waimaria Hoani, 54, came to Kingston all the way from New Zealand.

“The conference was ground-breaking,” she said.

“It provided a global platform for people from all walks of life to share and celebrate their love for BTS through the arts, academic research, personal narratives and lived experiences.”

A shared interest among BTS fans is the diversity of the fan base.

Launa Sorensen from Washington said: “I felt truly free to embrace my nerd side.

“But the best part for me was how incredibly diverse the presenters and topics were.

“The research was fascinating and detailed.”

Balmain said that although the media often portrays BTS fans as “hysterical” teenage girls, they are actually “extremely diverse” ranging in age, gender and nationality.

Researcher and university lecturer Derek Laffan, 30, travelled from Dublin to present his research at the event.

“I left feeling really welcomed,” he said. “It was one of my favourite conferences.”

In 2019, BTS became the first group since the Beatles to earn three number one albums in less than a year.

They are the first Asian and first non-English-speaking act to headline and sell-out at Wembley.