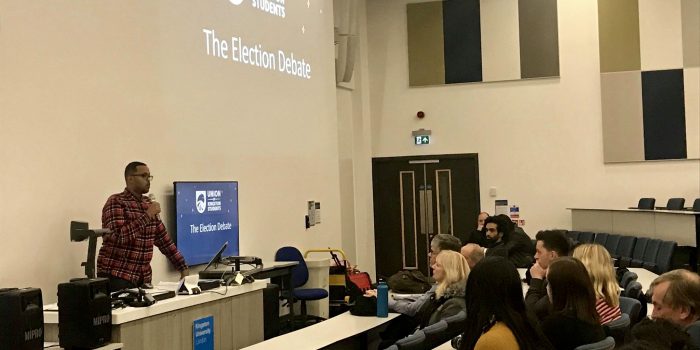 Feisal Haji, 28, is campaigning to get more students at Kingston to vote by holding a series of question and answer sessions with local party candidates.

He said: “No matter how you feel about this election, go out there and vote because if you don’t vote you are still voting but you are voting not to have a say.”

18-24 year olds are the age group with the lowest voter turnout rate in the UK.

Feisal is hoping that his campaign will change this.

“Too often when we see politics we see it happening on TV – it doesn’t happen in front of us,” he said.

“That gets people feeling that they have no say or agency.”

He said that the question and answer sessions will allow students to meet the candidates and ask them questions directly.

“If one of them wins, maybe they’ll see them in the future and know they had a stake in it.”