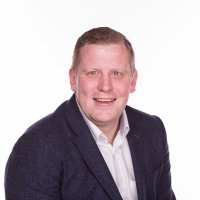 Scott Holman was brought up in the local area and currently works in the events industry. Picture: twitter.com/scottholman90

Scott Holman, the Brexit Party candidate for Kingston and Surbiton, has claimed people are beginning to turn away from the mainstream parties in the run up to the General Election.

Holman originally joined the Conservative Party back in 2015, before  realising it was not for him.

Ever since then, the 29-year-old has been fighting in the corner of Nigel Farage, whose Brexit campaigns inspired him to jump ship to UKIP and fight to leave the European Union (EU) in the referendum of 2016.

With his eyes still set on leaving the EU, the Brexit Party candidate works full time in the events industry and has to balance the two sides of his life.

“I never really wanted to be this involved in politics but I thought someone needed to stand up and do something,” Holman told the Kingston Courier.

“I wasn’t going to sit back and not do anything.” he said.

As well as his desire to help secure a Brexit deal, Holman’s inspiration comes from his cynicism about a political system which he believes needs a “complete reform”.

“17.4 million people were ignored and everyone has lost trust.

“The amount of doors I knock on now and people say that thy would never vote again because they don’t trust our politicians.”

In a constituency where 59 per cent of people voted remain, the role of a Brexit Party councillor in a Liberal Democrat stronghold is an uphill battle to say the least.

But Holman claims that the impact of his party has helped turn the tide, as shown by the EU election results earlier this year.

“It’s shown people that they can actually vote for who they believe in.

“The EU referendum highlighted our political system so much more so people can understand what our politicians are doing and actually hold them accountable for the decisions they make.”

As for the Liberal Democrats and Ed Davey, Holman certainly has his reservations and he feels their success in the Kingston area highlights bigger problems in the current political climate.

“We need to get away from this two-party political system where people only vote to keep one party out.”

Unsurprisingly the general election outsider favours a proportional representation voting system and he also wants to transform the House of Lords into an elected chamber which “truly represents their constituents”.

This is not the only thing Holman believes is outdated, and he would also change the postal voting system to only give those a postal vote who actually require one.

The Brexit Party may attract an older demographic but Holman believes by investing in young people and scrapping tuition fees, he can appeal to those of all ages.

“I find the older generation look up a bit more and they see what’s happened over the years and have seen the damage other parties have done to the country,” he said.

“Younger people have only seen a small part of it but they are slowly realising what the big parties have done.”

Holman’s chances of being voted in on 12 December may be slim, but with a general election centered around his whole party’s ethos, it is certainly a pivotal time for the young candidate.

“The political reform is slowly happening, and I think we’ll be out of this two-party system soon.”