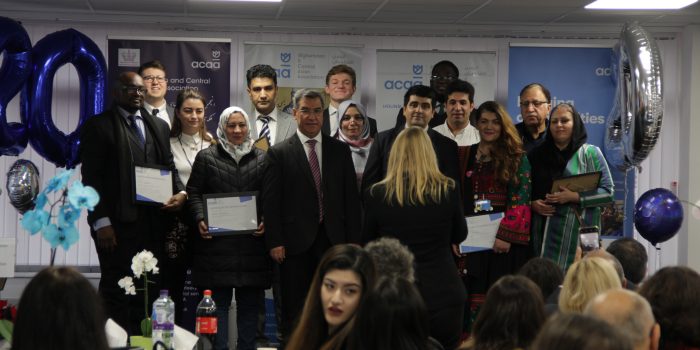 A local charity which supports refugees from Afghanistan and Central Asia has opened a new centre to expand its work and support the estimated 58,000 Afghans living in London.

The Afghan and Central Asian Association (ACAA) has opened a new centre in Feltham that will provide English classes, support groups for vulnerable women and welfare and social housing advice.

In 1999, Noralhaaq Nasimi fled the Taliban regime in Afghanistan with his family, hiding in the back of an articulated lorry to make their escape. Twenty years later, he spoke at an event celebrating the contributions of the charity he set up in 2001.

“It was a very difficult decision to leave Afghanistan and travel to the UK and claim for asylum,” said Dr Nasimi.

“We had a very difficult journey, especially travelling to the UK in the back of a refrigerated container for more than nine hours. But thanks to God, we arrived safely and we survived.”

Dr Nasimi drew a comparison between his experience and that of the 39 Chinese nationals who were discovered in a similar shipping container earlier this month, describing himself as “very fortunate” to have survived the ordeal.

The new centre in Feltham

The charity moved from Lewisham two years ago to get closer to the Afghan population in South West London.

The charity’s work has since outgrown the small shopfront that it moved into, prompting it to relocate to its new charity centre, which includes multiple classrooms and a function hall for holding events.

Dr Nasimi’s daughter Rabia Nasimi, who also works for the charity, was nominated as a rising star last year by ‘We Are the City’.  The organisation recognises individual contributions of female professionals and encourages organisations and business leaders to recognise them as future leaders.

“I’m really proud of our services for women, I think it’s quite unique. It provides a safe space, an environment where they can develop their skills but also make friends,” Rabia said.

“One woman who came to our office last week… sought refuge, didn’t have access to public funds, she had difficulty speaking English and therefore wasn’t able to be a part of the community. We supported her in accessing volunteering opportunities in the organisation that meant that she made new friends, was part of a network, and also she has something to put on her CV.

“Language is a barrier for most refugees, especially those that didn’t study English back home… so these refugees need a lot of care and attention so that they can learn the language,” said Miss Nasimi.

During an event to celebrate the opening of the centre, many local figures made speeches in recognition of the contribution the ACAA has made to communities in South West London.

Baroness D’Souza, former Lords Speaker for the House of Lords, was among those who spoke at the event, expressing her “profound respect” for the organisation and saying that “It’s very difficult to understand the refugee experience unless you yourself have been a refugee.”

“Refugees that come to the country, struggling with the language, the isolation, the lack of support, makes them very vulnerable for exploitation,” added Richard Reagan, a Police Constable in the Hounslow area.

Dr Nasimi has also entered the local by-election in North Feltham to become an independent councillor, with votes to be counted the same day as the general election on December 12.

“The skills and experience that I have gained from this organisation I believe would be a very good way to help the local people in North Feltham. I have helped thousands of people since I arrived in the UK… and I hope that the people of Feltham will support us in this campaign,” he said.