https://www.youtube.com/watch?v=KS56iuM3HjU
While there were serious athletes who were preparing for the London marathon on April 22nd, the half marathon, inaugurated by the deputy mayor, Councillor Mike Head, also witnessed a plethora of charity representatives, fancy costumes and runners from niche groups.

Kojo Kyerme, 45, from Shaftesbury Barnet Harriers blazed through and was the first to complete the marathon in one hour and eight minutes.

He said: “I felt very good today so I just kept going.

“I have been running for 100 miles a week for the last five or six weeks doing long runs and speed work as well and it has come together very nicely.”

He was followed by Nicolas Besson from Serpentine RC after three minutes who said: “Pace it well and keep the sprint at the end because that is always enjoyable.”

Jaksevicius who has been vegan for more than a decade said his plant-based diet helped him recover faster. He said: “I run 15 miles everyday and make sure I don’t have saturated fat in my diet in any way.”

Kyerme was a participant in the London marathon as well where he ranked 5th in the V40 category completing the full marathon in two hours and 29 minutes.

The route of the marathon (below) which started in the famous Ancient Market Place, went through the historic Royal Borough of Kingston.

Runners crossed over Kingston Bridge and ran through the iconic three mile stretch of the Barge Walk beside the Thames.

The race then continued across the magnificent Hampton Court Palace before reaching Thames Ditton and back towards Kingston for the famous Market Place finish.

The marathon was organised by ‘KBC special events’ which, under the helm of Peter Wedderburn, has been instrumental in organizing other races in the borough namely ‘Harry Hawkes 10’ and the ‘Hampton Court half marathon’. The latter witnessed more than 5000 runners this year in February. 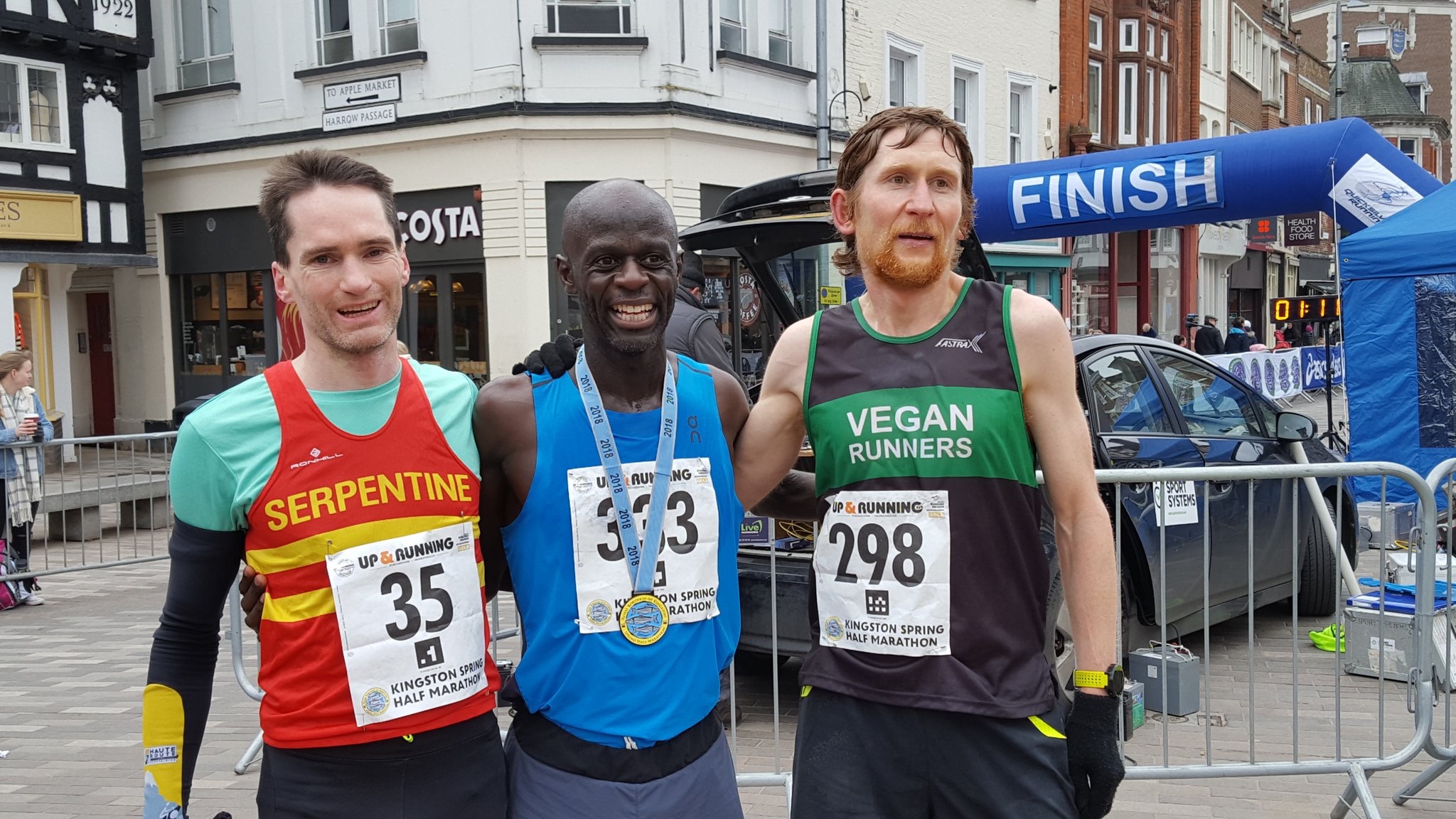 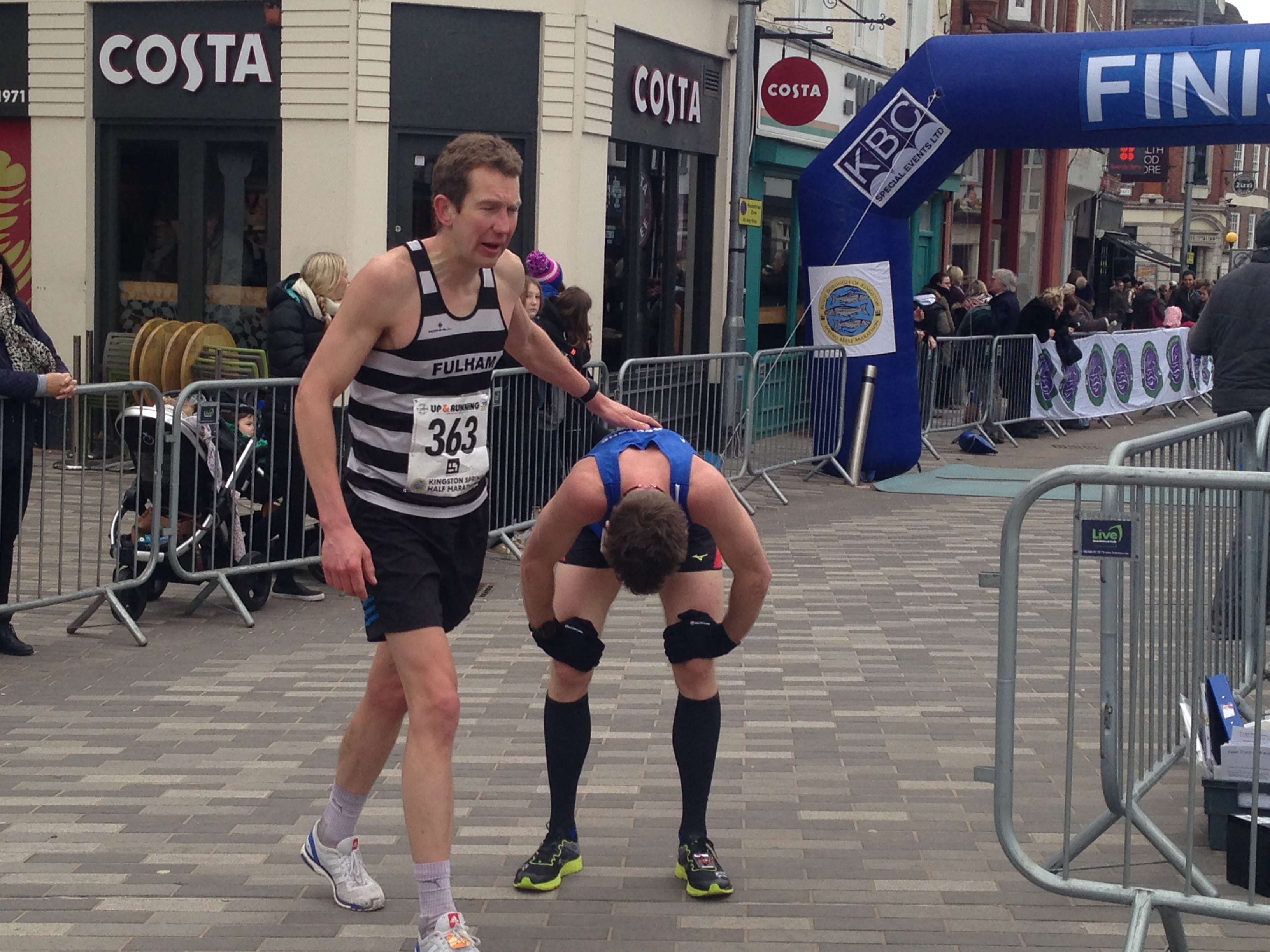 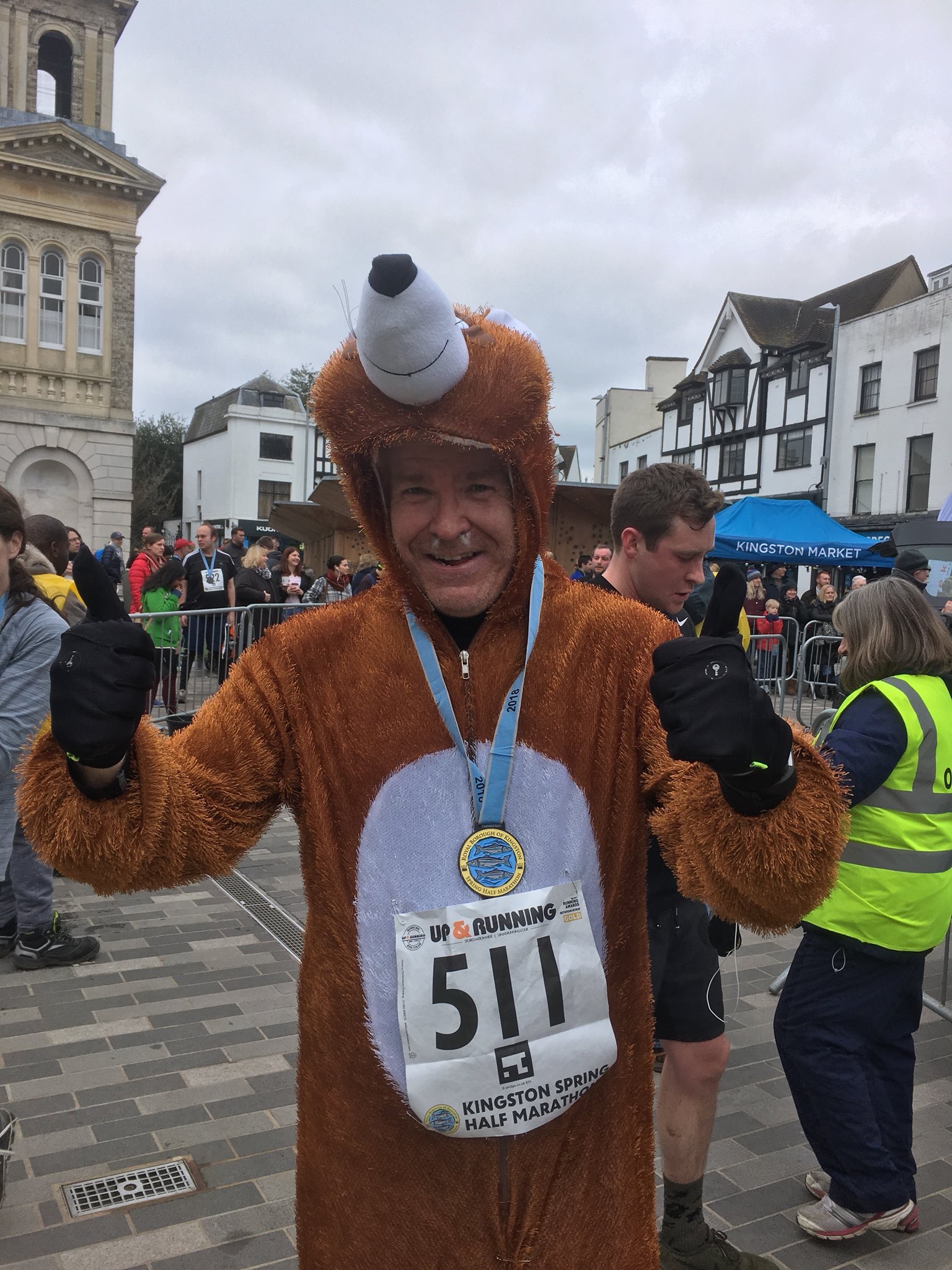 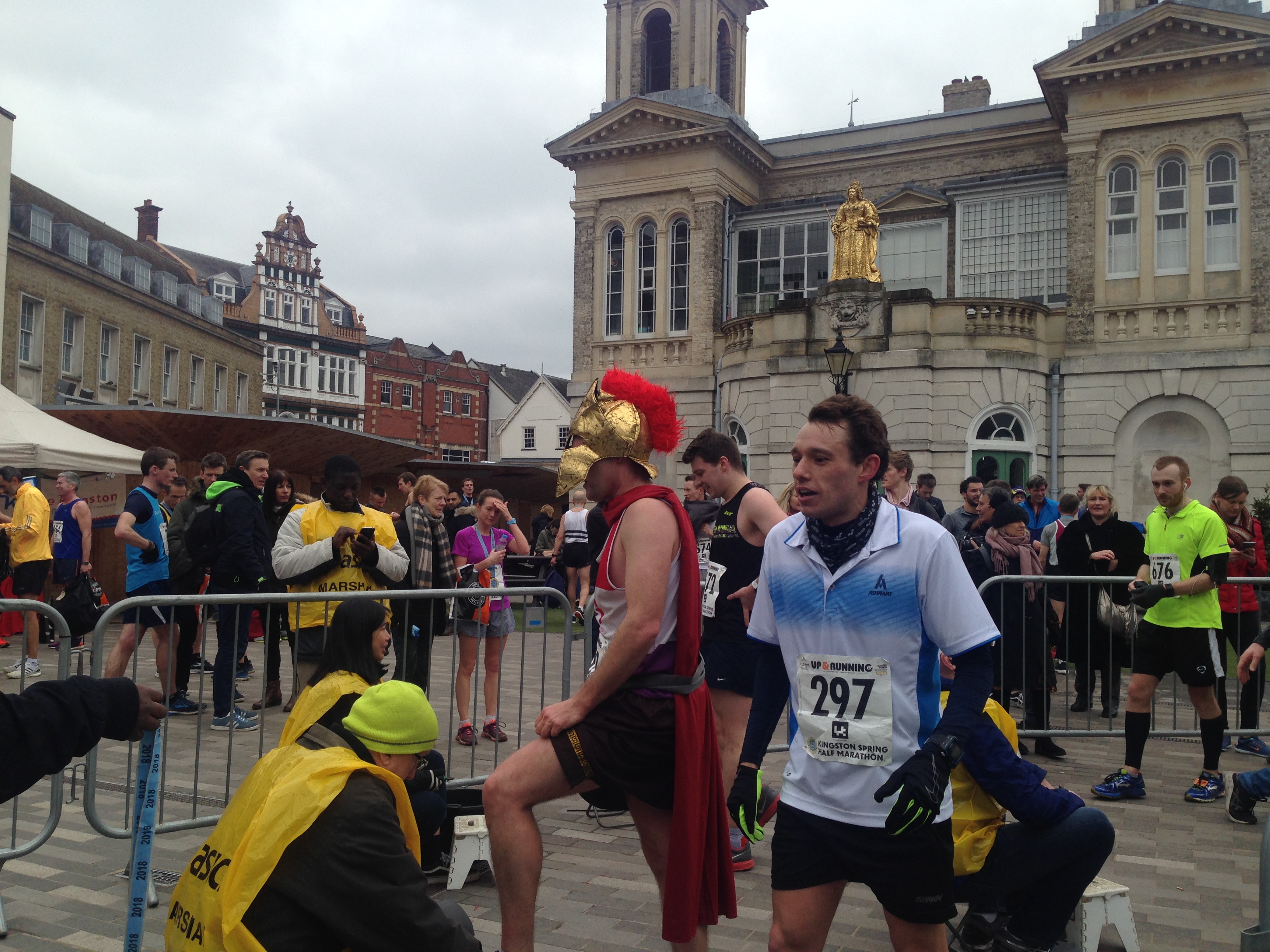 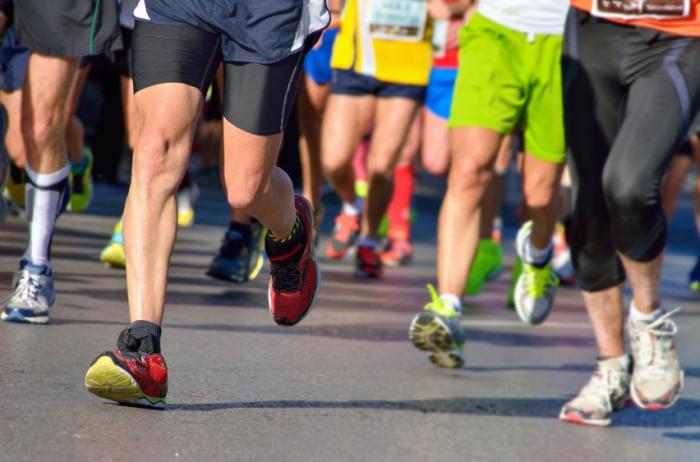 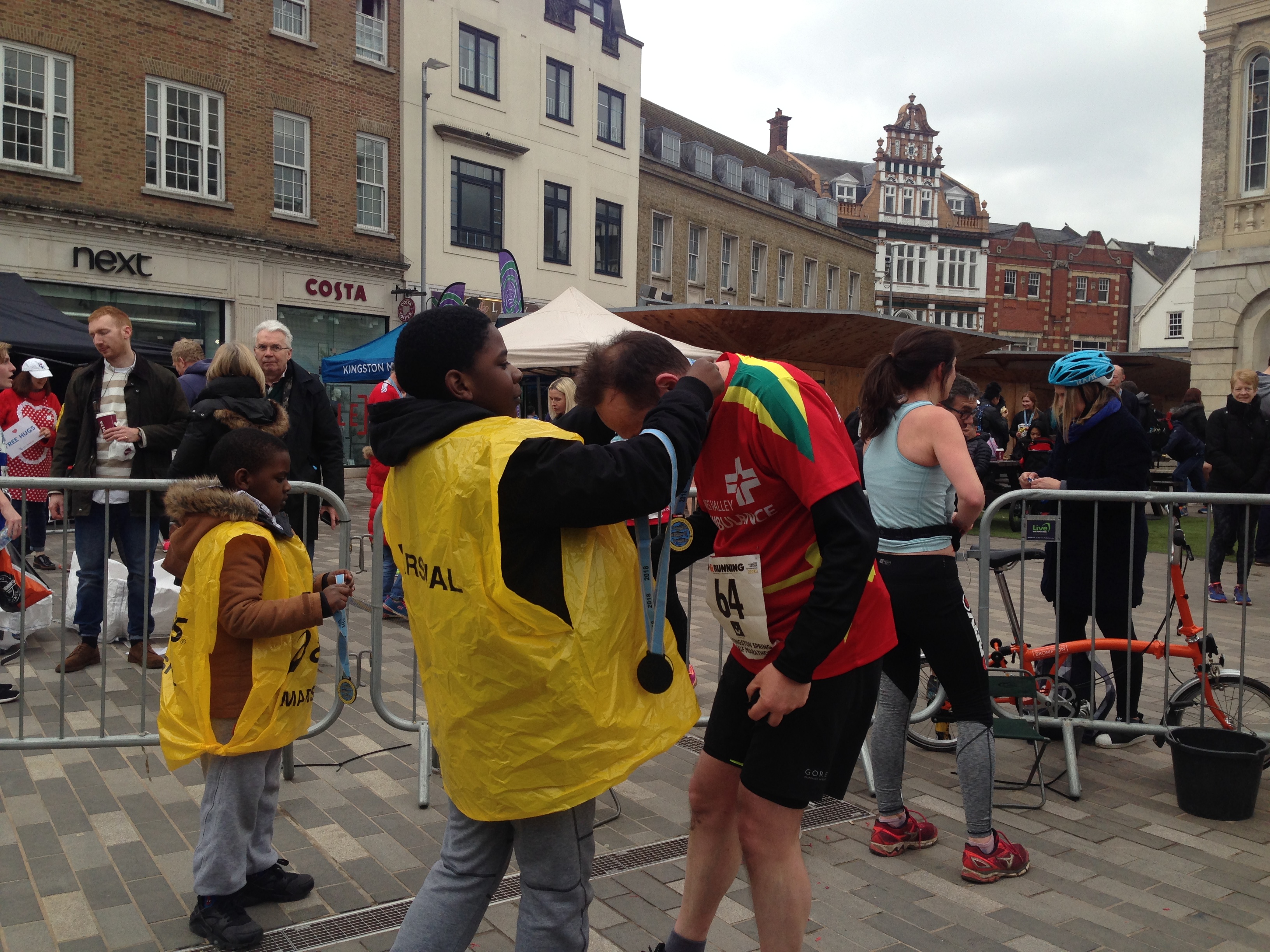 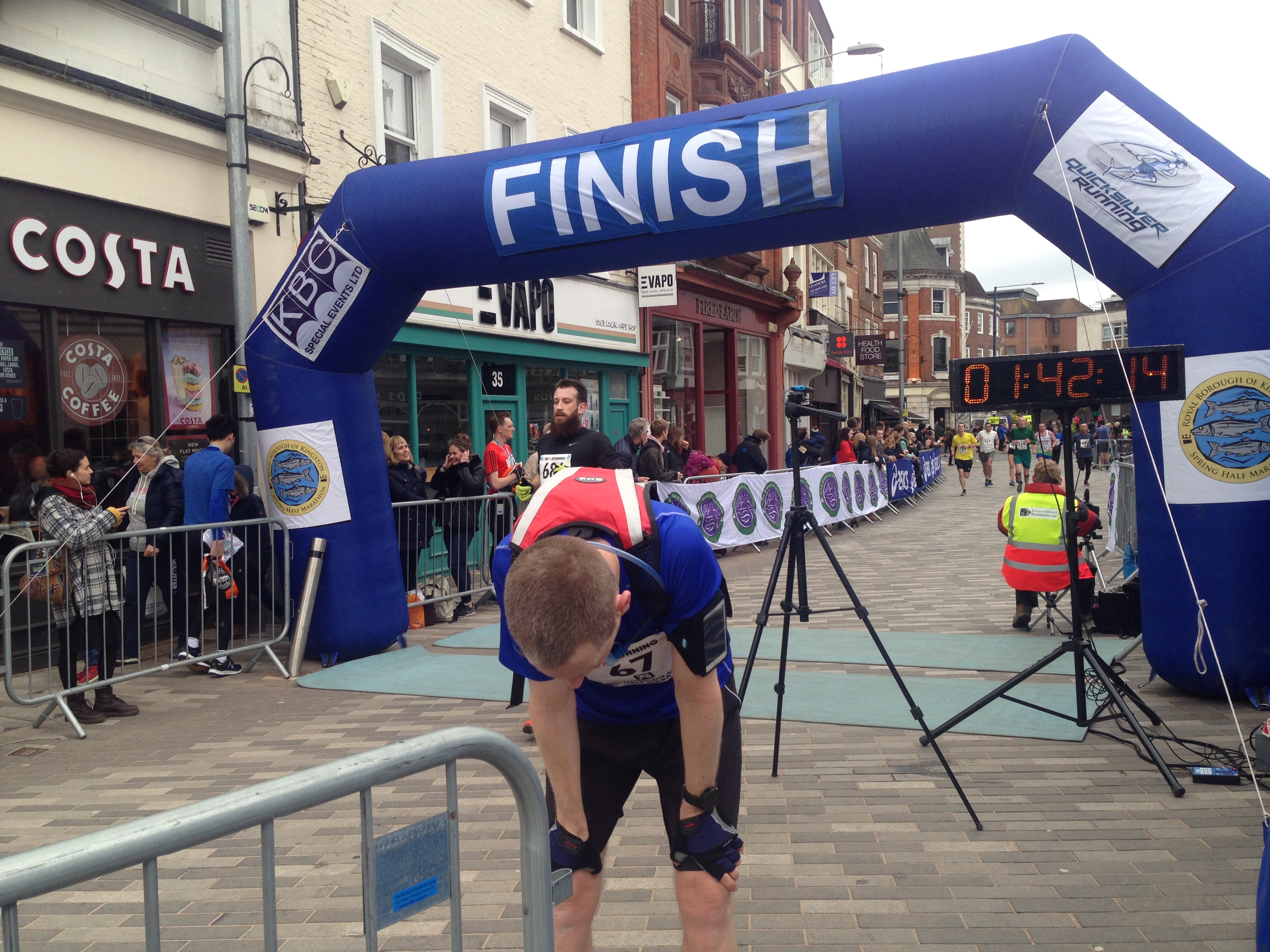 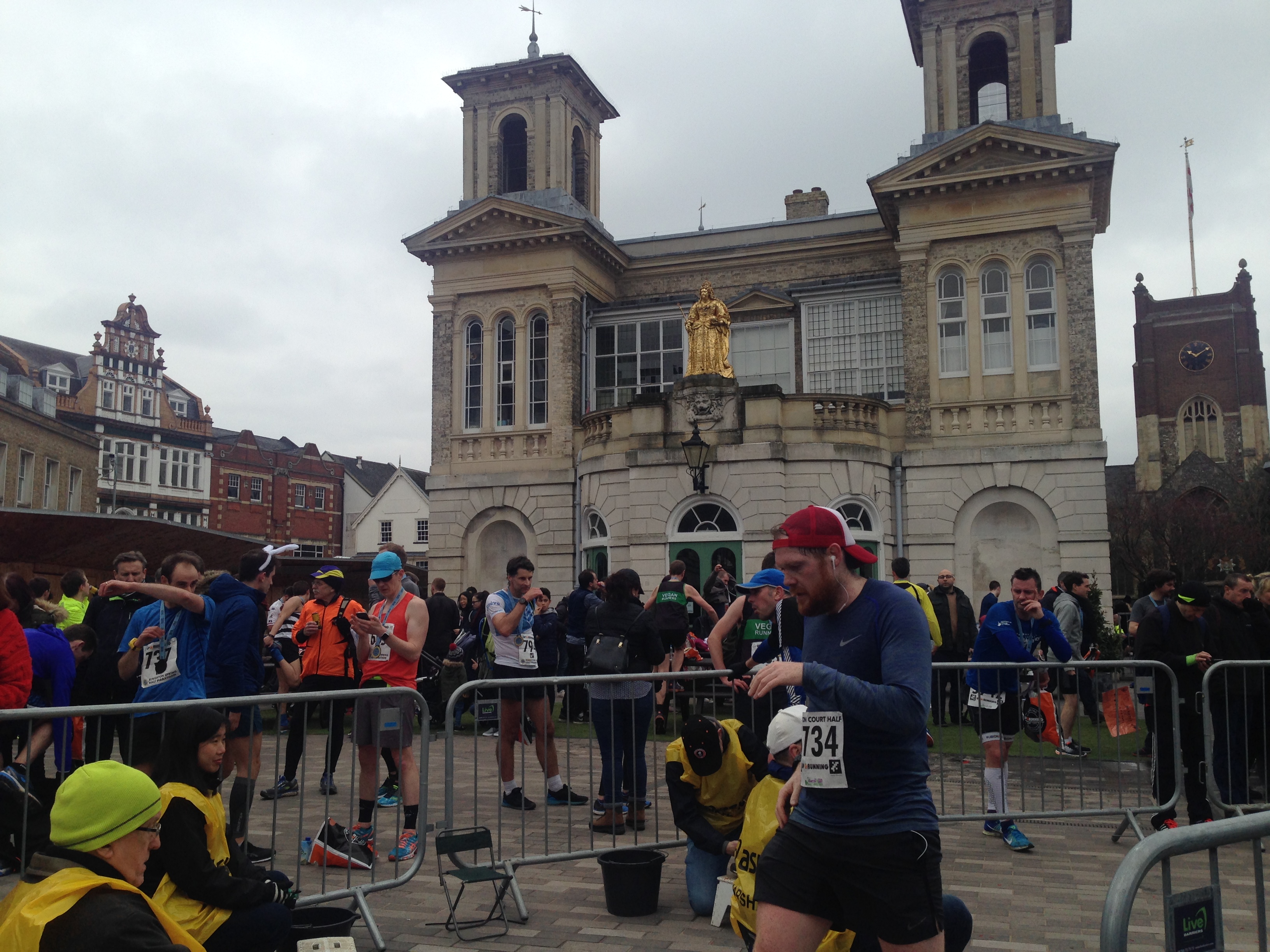 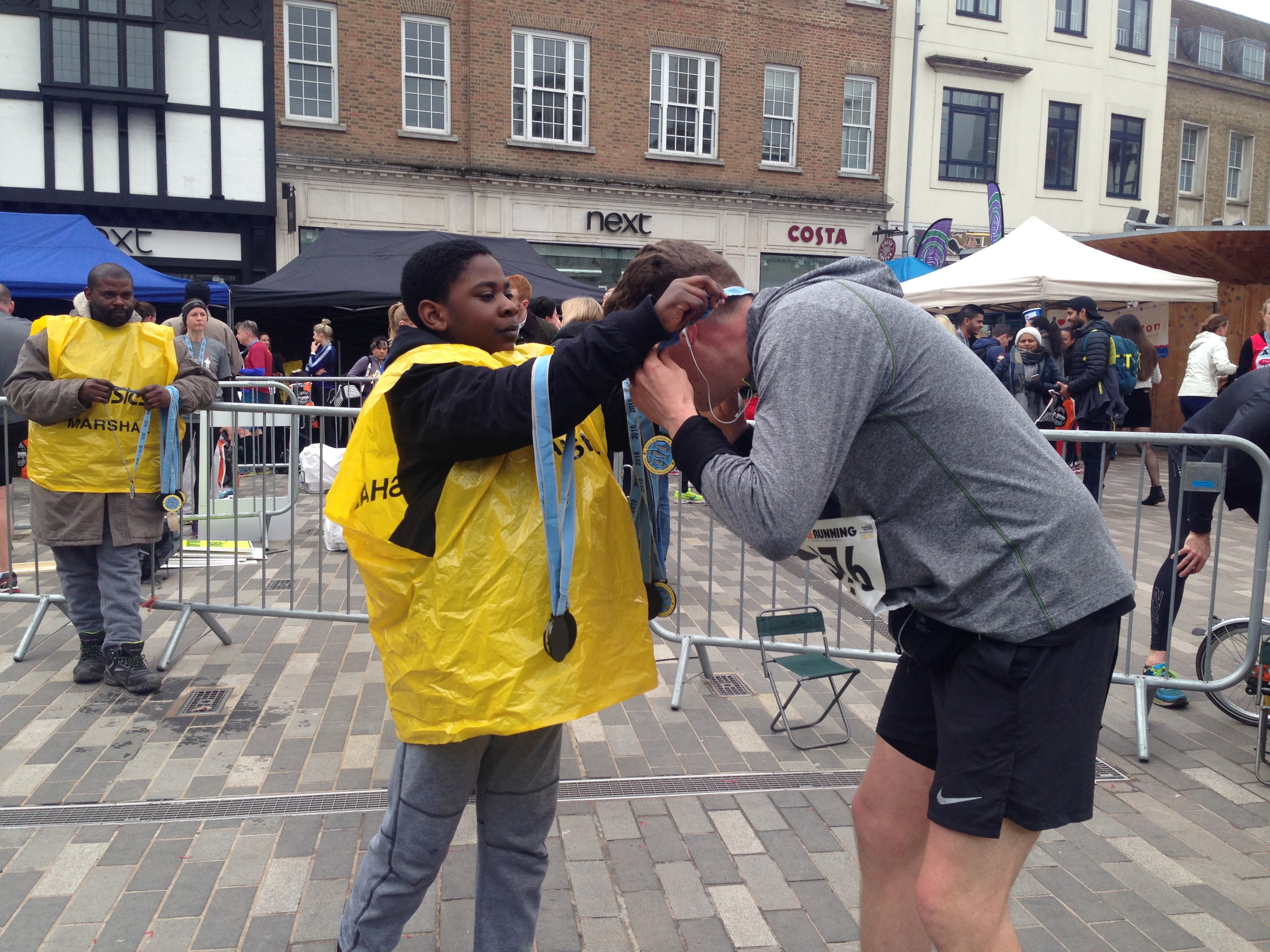 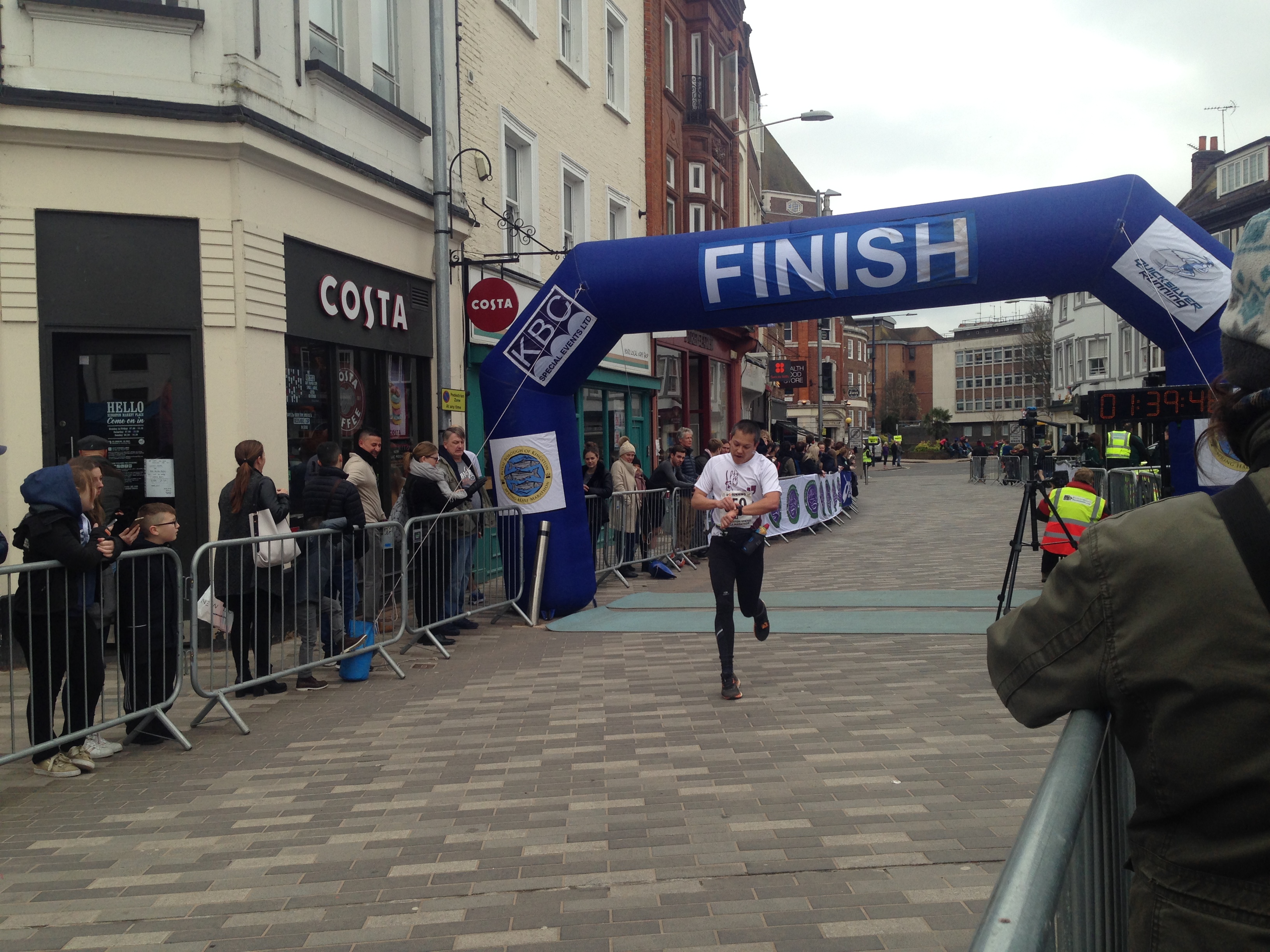 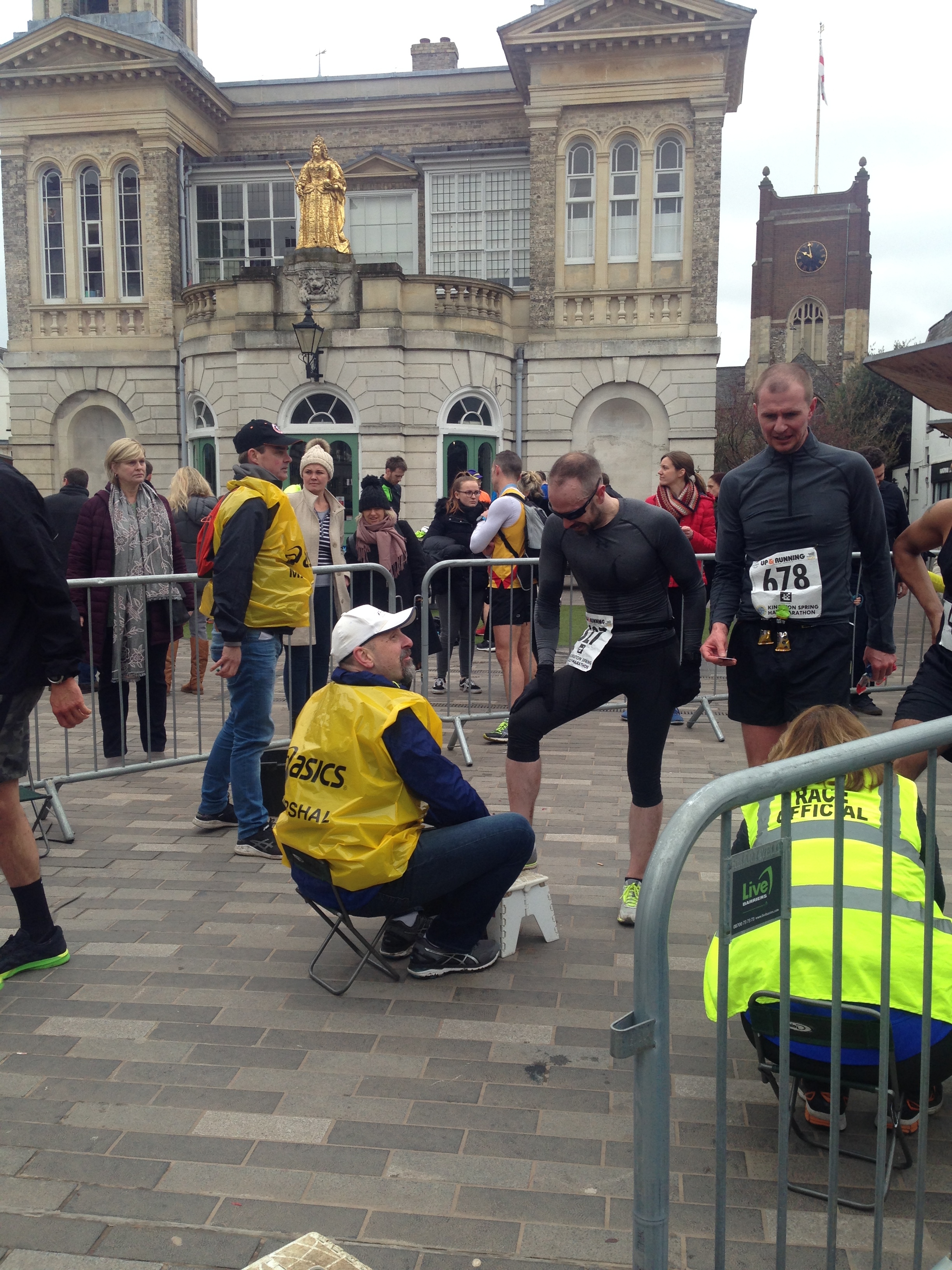 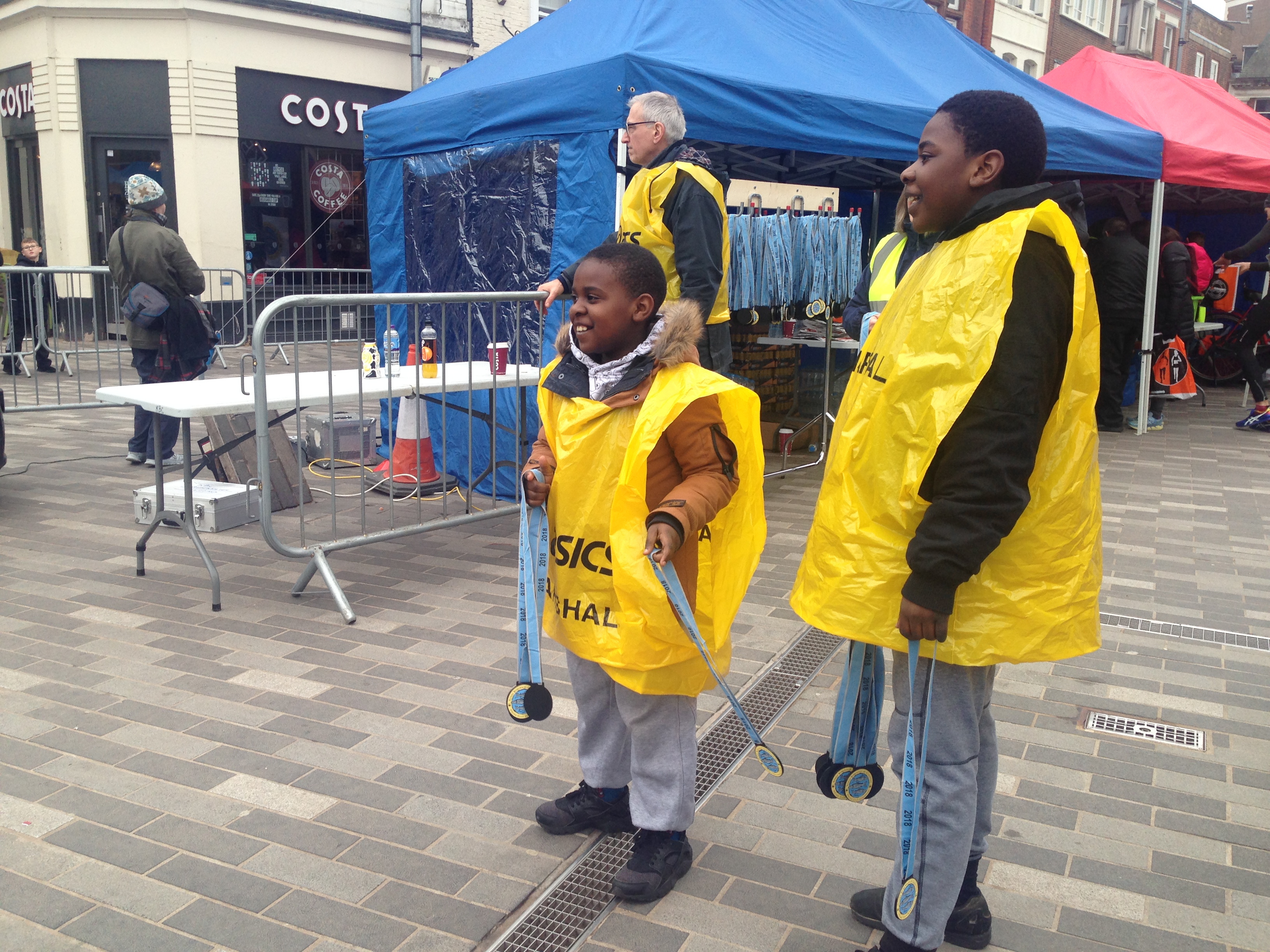 The ‘spring half marathon’ was a new race designed in Kingston after a history of ‘breakfast runs’ since 2013.

Wedderburn, a former runner himself, said: “I am very pleased to see so many people run despite of the cold weather. It truly reflects the spirit of London.”

‘Love Kingston’ led by Tessa Kind was assigned as the official charity of the event.

“My aim is to promote Kingston as a borough and ‘Love Kingston’, being the official charity of the mayor was the ideal choice,” said Wedderburn.

Kate Towerton, 37, from Winchester & District AC was the first woman to complete the race in one hour and 25 minutes.

William Bossert, 75, was the oldest runner in the marathon and successfully completed the race in two hours and 15 minutes.

The Kingston ‘Autumn half marathon’ has been scheduled for October 7th and the entries have officially opened.

How can you prepare for a marathon? 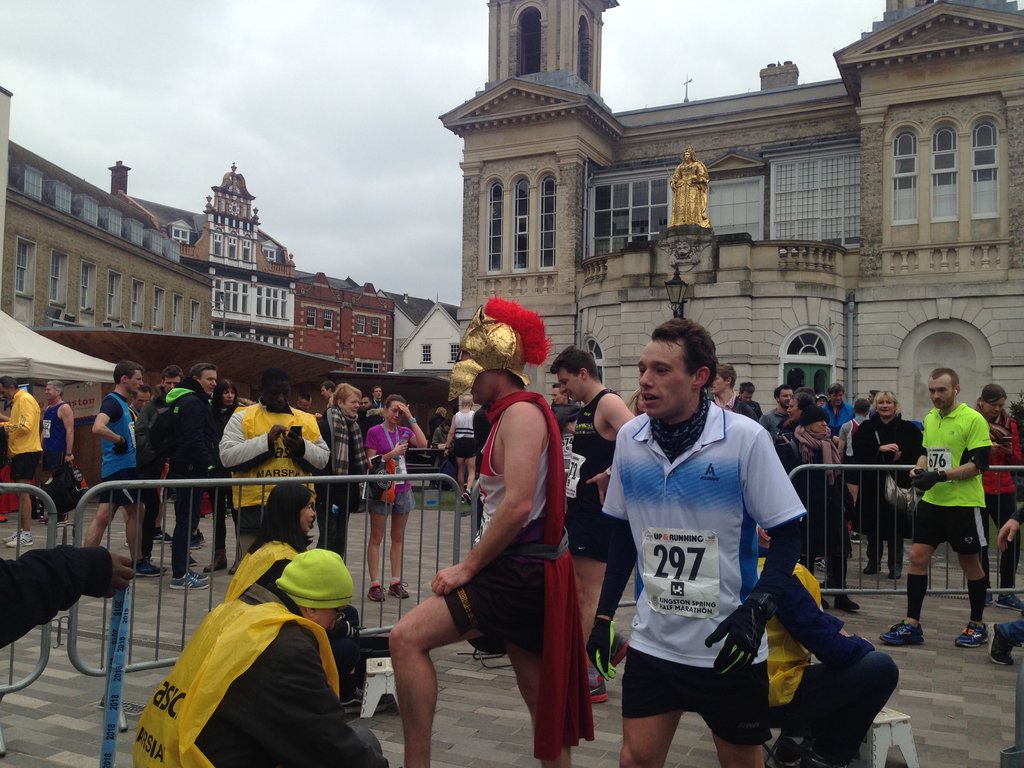 Latest posts by Varsha Saraogi (see all)
Share the story