The latest documentary about Arsène Wenger, directed by Gabriel Clarke and Christian Jeanpierre shows a vulnerable and powerful account of how he led the Arsenal football club to invincibility. It is available to watch on YouTube, Amazon Prime and Apple TV.

In the 2003/4 season of the Premier League, Arsenal manager Arsène Wenger led the club to victory with no games lost. But it is safe to say from this documentary that Wenger was not welcomed to the club with the warmest of embraces.

The documentary features interviews of former Arsenal players as they individually reflect on their time with Wenger. His college professor fashion sense and demeanour did not scream top quality football manager. In fact in one of the interviews, Ian Wright said Wenger had earned the nickname Inspector Clouseau.

The documentary cuts to footage of Wenger showing the camera crew around his childhood home in Strasbourg, France. The viewers get to see a personal side to his hard exterior which we never saw when he was on the sidelines at Arsenal’s matches.

The documentary succeeds in exposing a vulnerable side to Wenger. In one clip he opened up and explained how his father never congratulated him and how that was a major part in forming his obsession with winning games. With a little laugh he joked about how he tries to make up for the lost time with his daughter.

Wenger’s arrival as club manager came with massive negativity with fans doubting his ability. Older clips of Wenger give the viewers a clear account of how the media tried to destroy his reputation. We watch him maintain his professionalism as he dismisses rumours of him leaving the club, making him an admirable figure.

Footage of London turning into a more cosmopolitan city gives good context behind Wenger’s decision to buy foreign players for the team. Thierry Henry and Nicolas Anelka revolutionised the team and got them closer to gaining the name The Invincibles. A montage of footage focuses on the amazing playing skills they showed on the pitch.

Throughout the entire documentary, it was the rivalry between Manchester United (Man Utd) and Arsenal that kept audiences gripped. As Wenger is shown sitting back and watching one of the most important games between the clubs, the viewers are reminded of the tension and relive the moment with the addition of intense music.

The documentary closes with the emotional ending of Wenger’s last game. Even if you are not an Arsenal fan, there is no doubt that Wenger left a legacy to Arsenal Football Club and brought a new meaning to football. 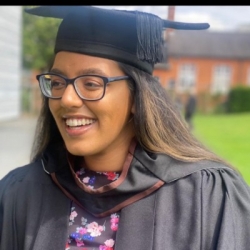 Latest posts by Sasha Bains (see all)
Share the story