On January 16, the Secretary of State for Housing, Communities and Local Government Robert Jenrick announced plans for new laws to protect Britain’s statues.

But the law, designed to preserve statues up and down the country, is proof that, yet again, the government is not listening.

The new law will mean that local authorities must grant planning permission for statues to be taken down. This would prevent, as Jenrick put it, “heritage assets” being torn down “on a whim or at the behest of a baying mob”.

But these “heritage assets” include statues commemorating Britain’s most notorious slave traders, and the “baying mob” is the millions of people who took to the streets in 2020 to declare that their lives, Black lives, matter.

There is a fundamental flaw in this law – often these statues are not torn down, as he put it, “on a whim”.

The most famous example in 2020 of a felled statue is that of slave trader Edward Colston, which was torn down and thrown into Bristol Harbour by Black Lives Matter (BLM) protestors on June 7 2020.

To refer to them as a “baying mob” and declare their actions as whimsical is not only unnecessarily insulting but factually untrue.

In his justification of the new laws, Jenrick wrote: “Local people should have the chance to be consulted whether a monument should stand or not.”

The people of Bristol had that chance – and they took it. In 2014, a poll in the Bristol Post revealed that nearly half of residents wanted the statue gone. Alternative plaques acknowledging Colston’s actions were put up on the statue by activists and removed by Bristol City Council. Although the council came up with its own suggestions, arguments over wording meant that none came to fruition. Over the last six years, petitions calling for the removal of the statue gained thousands of signatures, but nothing happened. All that time the statue remained, commemorating the abridged version of British history that no one in power wanted to challenge.

The tearing down of the statue was not done on a whim. It was the result of years of indecision and inactivity of a council and a society who were reluctant to relinquish their rose-tinted view of their colonial past and face the reality of what happened. It was simple anger at the fact that, had it been white lives that Colston had profited from, the statue would never have been erected in the first place.

If you are looking for examples of what happens when people are listened to, look no further than the statute of Robert Milligan, a notorious slave trader, outside the Museum of London Docklands. Labour councillor Ehtasham Haque set up a petition on the day the Colston statue was toppled asking for it to be taken down. It attracted over 4,000 signatures and the statue was taken down by the Canal and River Trust just two days later.

There are more. The statue of John Cass at the University of East London’s Stratford Campus was peacefully removed. The bust of Hans Sloane in the British Museum was moved to a different exhibition to highlight his involvement in the slave trade. All are examples of calm, orderly removal following fair and honest feedback from society, that are being conveniently ignored by Jenrick and the Government.

The tearing down of the Colston statue was a lot of things; angry, exuberant and powerful. Some may say it was violent, and some may even say it was wrong.

But it was not done on a whim. And for it not to happen again, we need to start listening. 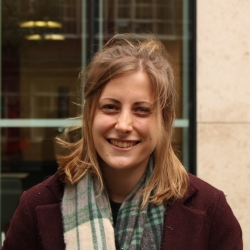