The UK is now officially free from lockdown, and where the virus is still a large cause for concern, it is time to start thinking ahead and begin putting the pandemic behind us.

Restrictions ended on February 24, marking two years since the first lockdown began. The public are no longer required to wear face masks, don’t need to practise social distancing and, most importantly, aren’t required to isolate after a positive test result.

Unsurprisingly this has stirred large amounts of controversy, with many believing it is still too soon to lift all restrictions, especially when it comes to self isolation. But is it necessarily a bad thing?

Where the restrictions themselves have come to an end there are still many forms of monitoring, such as the track and trace app and the daily Covid statistics. On top of that many businesses, schools and universities are still setting their own recommendations and creating their own reporting mechanisms.

The announcement came last month when Boris Johnson addressed the House of Commons. He said: “We encourage people with Covid-19 symptoms to exercise personal responsibility, just as we encourage people who may have the flu to be considerate to others.”

Why has the government finally taken this step forward? For a start, we have the vaccines. As of now, over 67 per cent of the UK population aged 12 and above has been fully vaccinated with their third booster jabs. While this will not eradicate or prevent the spread of Covid in the UK, it does limit the number of infections, and more importantly weakens its effects.

However, does this mean people who have tested positive should be allowed to interact and socialise with others? Could you willingly go to a restaurant knowing you had the virus? Does the idea that anyone around you could be carrying the illness make you paranoid or hesitant of stepping outside your door?

With the restrictions put to an end we are now seeing one of the biggest increases in cases yet. Kingston Upon Thames alone has one of the highest infection rates in the country. Data published on March 15 shows that in the previous seven days the average number of daily cases reported increased by almost 50 per cent in comparison to late February.

Over half a million people have tested positive over the past week and yet there seems to be no sign of restrictions returning to the UK anytime soon.

Despite cases increasing, the government is still keen to continue its “Living With Covid” plan, which will include the controversial decision to end the supply of Covid lateral-flow test kits for free. From April 1 people in the UK can expect to dip into their piggy banks if they feel the need to test their health, and potentially protect others from illness.

The “Living with Covid” plan may have stirred some controversy, but are we actually ready for the pandemic to end? Perhaps we are. Yes the case numbers are increasing but, thanks to the vaccinations, the reported number of Covid deaths has decreased. In the same time period mentioned previously, the UK only reported 740 deaths. This may sound large, but bear in mind this is less than 0.2 per cent of those who tested positive.

Regardless of your opinions of the vaccination, it does appear to be working so far. Even the Queen, at the age of 95, recovered from the virus with relative ease last month and has now returned to her duties.

So perhaps it is time to put this behind us, time to return to some sense of normality. All restrictions are slowly being put to rest, such as the reopening of the border on March 18. Will we see another lockdown in the near future? There’s always that chance, but the more pushing question is will we need to? Hopefully not, if for nothing else, everyone’s sanity.

Removing the self isolation rules may be moving along a bit too quickly, and charging people for lateral flow tests certainly won’t do rising case numbers any favours, but the restrictions themselves need to end sooner or later. Where the lockdowns served an incredibly vital purpose, it seems almost everyone is ready to finally move on with their lives and leave the pandemic in the past. 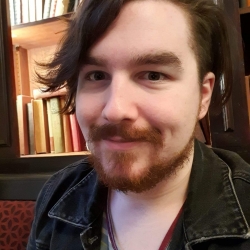 Latest posts by Ciaran Nerval (see all)
Share the story