Kingston Council staff and community groups worked together to remove offensive graffiti that was scrawled on Kingston Bridge and multiple locations around the town in the early hours of Wednesday  morning.

Daubed in over 20 places on the bridge were a series of anti-Semitic and racial slurs.

Members of the public alerted the council which sent its community rangers out to the sites. The rangers worked together with members of Kingston First, Eden Walk and Bentall Centre groups to swiftly remove the graffiti using jet-washes.

Kingston resident Lady Bird wrote on Twitter: “Well done for sorting it out so quickly. I was gutted to see the graffiti on my way to work this morning.”

Local Liberal Democrat councillor Jon Tolley said: “Graffiti happens from place to place, but it’s quite different when it’s someone’s tag or what some would perceive as art, versus something which was a hate crime. It was hateful, it was xenophobic, it was as disgusting as it gets. There’s no place for racism or any equivalent guff in 2019.”

Kingston Police are investigating, they are using CCTV evidence from the area to catch those responsible.

Tolley doesn’t believe this incident represents the Kingston community. He said: “It is unusual for Kingston, it is a very welcoming and accepting society.” 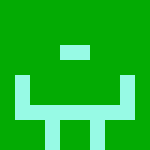