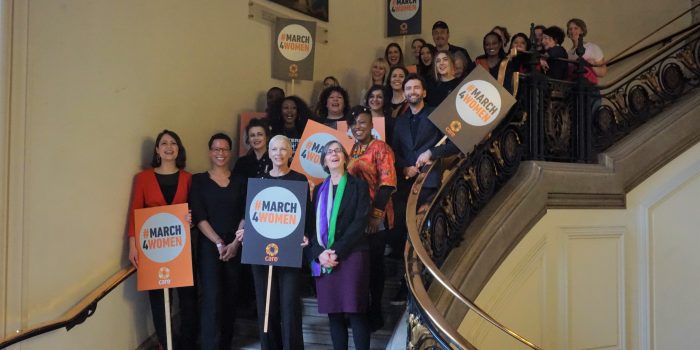 We, as women, must stand together

The women’s rights movement has taken another step forward with upskirting now illegal and punishable with a prison sentence of up to two years, following the Voyeurism (Offences) Act 2019 coming into force on 12 April.

This came after 19 months of ongoing campaigning by activist Gina Martin, who fought to make the act illegal after being targeted at a festival and learning that upskirting was not a criminal offence.

Today the law against upskirting comes into force. 💥 From today perpetrators can and will be prosecuted. 20 months ago I was upskirted. 19 months ago met the wonderful @ryantwhelan and we decided to fight this. ✊🏼 RT this image so we can spread awareness & fight upskirting. 💥✊🏼 pic.twitter.com/MnFDrpseLw 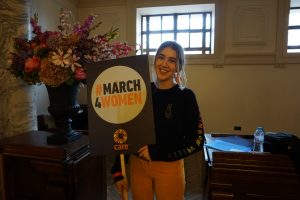 Parliament.uk says the following about upskirting: “If someone intentionally takes a photo or video of someone’s genitals beneath their clothing without their consent that should be an offence, regardless of their motivation.”

This distressing violation of privacy has victims as young as ten and generally happens in public places like public transport, in the park or nightclubs. Victims have photographs taken of their underwear, buttocks or genitals and then sent to those around them, kept for pleasure or shared on social media.

Martin’s campaign began after a Facebook post detailing her experience went viral and in an interview about the campaign at the recent March4Women conference she said: “I’m not brushing this off again.”

She went on to start an online petition which quickly received 50,000 signatures and then worked together with MPs to bring the petition to parliament. The campaign gained support from Lib Dem MP Wera Hobhouse and a number of celebrities.

After being blocked in parliament, the campaign fought back and eventually received Royal Assent in February. 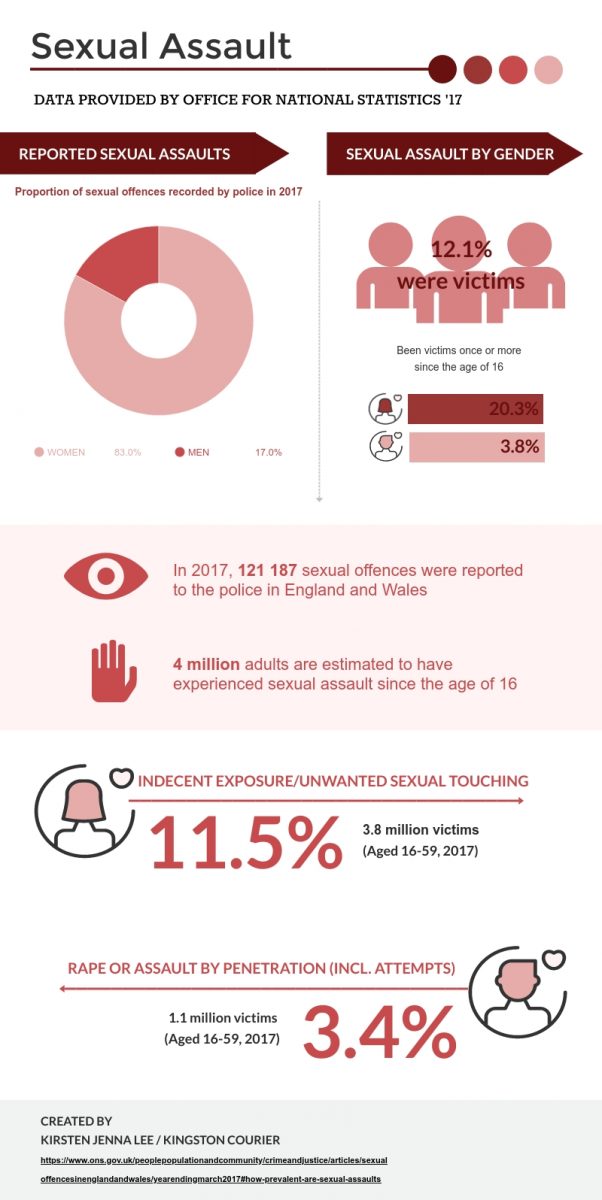 With public support, individuals can make campaigns of this magnitude possible and as Dr Shola Mos-Shogbamimu said at the CARE International March4Women conference: “We are the Tsunami of change.” 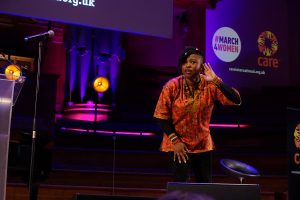 “We are the tsunami of change” – Shola Mos-Shogbamimu. Photo by: Kirsten Lee

The preemptive Women’s Day event held at Central Hall Westminster on March 3 included debate, motivational speeches and musical performances that all empowered the audience to be the change already seen by those like Gina Martin.

Inspirational words celebrated all that has been achieved but highlighted the need to address what is still to be done in order to progress towards gender equality.

Topics, where individuals were encouraged to make a difference, included gender-based violence and the ever-present gender pay gap, which in London last year sat at a 13.7% difference between hourly earnings of men and women.

Scotland has seen it reduced by over a third since 1998 and in 2018 in Northern Ireland, it dropped as low as -3.5% in favour of women with men earning less in some instances, showing how far campaigning for equal rights can go.