More than 18,000 people from Kingston and Surbiton have signed a petition calling for Article 50 to be revoked.

The petition, entitled ‘Revoke Article 50 and remain in the EU’, went live on February 20 and has since gathered nearly six million signatures across the UK.

Acute traffic caused the site to crash on the morning of March 21 (Wednesday).

The Kingston and Surbiton constituency voted to remain in the 2016 referendum with a majority of 61.6 per cent, however just 14 per cent of constituents have signed the petition thus far.

“I am frightened for my children’s future,” said Huw Price, a signatory from Godalming in Surrey. “I voted Remain and feel strongly we need to have a place at the heart of Europe.”

He added: “I signed because the Leave campaign lied to ill-informed people.

“No Deal is clearly a disaster.”

Already the most signed petition ever, the campaign was launched by Margaret Georgiadou, 77, who said that UK citizens should have their say now because a People’s Vote “may not happen.”

“The government repeatedly claims exiting the EU is ‘the will of the people’. We need to put a stop to this claim by proving the strength of public support now,” she said.

Amidst widespread social media reaction, Ed Davey, Lib Dem MP for Kingston and Surbiton, promptly took to Twitter to voice his support for the petition:

It’s the FASTEST GROWING in history and if you get it over 4.1m it’ll be the BIGGEST PETITION ever on the govt’s own site.

May said the country wants Brexit?!

Having far surpassed the required signature threshold, the petition will now be officially debated in Parliament on April 1 2019.

However, the Government has also formally responded to the petition, saying that it “will not revoke Article 50”, and that it “will honour the result of the 2016 referendum”.

In another week fraught with concern over Brexit proceedings, remain supporters also took to the streets of London on Saturday (March 23) to protest in favour of a People’s Vote.

The second of its kind in just six months, the march was estimated to have gathered over one million people.

With time running out, the EU has agreed to amend the original leave date of March 29, and will now extend the deadline to May 22 providing Theresa May’s deal is approved by MPs.

Having failed to get a deal through parliament on two occasions, she is likely to make a third attempt in the coming week.

If she is unsuccessful again, the UK will be set to leave the EU without a deal on April 12. 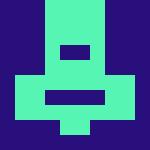