The movie has currently made over $700 million at the box office. But reviews were mixed. It seems that to people with very little knowledge of the band’s history, the movie was outstanding while it did a poor job at convincing die-hard fanatics. Rightly so.

Throughout the movie, Freddie Mercury is mostly trying to find, understand, express and love himself in addition to finding ways to cope with fame and feelings of loneliness. He expresses his identity through denying the one he was born with – that of Farrokh Bulsara – and through music, until he turns to the partying scene to fill a void.

Bohemian Rhapsody is a crowd-pleaser. The screenplay is oversimplified and very Hollywoodian in the sense that it conveys a Manichean view of the history of Queen, and Freddie’s rise to fame (and subsequent downfall).

It successfully raises the curiosity of younger generations and non-specialists of Queen, and gives a picture of the 1970-80s music and social scene in the UK. The movie takes the viewers into a behind-the-scenes of the music industry, and shows the ups and downs of making music as a band.

A story supported by inaccuracies

However, the plot has been almost entirely re-invented and is filled with major historical inaccuracies which did not go unnoticed among fans. These include: Freddie’s diagnosis with HIV at the wrong time, the band’s simplified formation and their breakup (which never occurred), the firing of their managers John Leid and Paul Renter. These mistakes are unacceptable for a biopic meant to portray reality.

The movie also misrepresented the relationship between Freddie and Paul, vilifying the latter and making him out to be the motivating force dragging Freddie to the dark side when actually, this was probably not the case. Freddie had an intimate relationship with his manager for a reason, which is absent from the entire plot. On a positive note, his relationship with his ex-fiancée Mary Austin (Lucy Boynton) and his bandmates on screen is very convincing.

Although the plot highlights topics such as identity, sexuality, fame and mental health, it still fails to show in a more graphic and realistic way how Freddie coped with all of this.

The screenplay was mainly written to fit the fictional narrative the directors wanted to convey. That said, it is worth noting that the casting was on point. Rami Malek did not just portray Freddie Mercury, he was Freddie Mercury. His performance was incredible as he managed to show both Freddie’s legendary showmanship and his off-camera human side, which earned him the Golden Globe for best actor with this role. He is now up for an Oscar nomination for Best Actor, and the movie for Best Picture.

The resemblances were uncanny between real-life Freddie Mercury and Brian May, and their respective impersonators. This was especially striking in the thrilling opening and ending scenes at the Live Aid concert in Wembley depicting Freddie’s legendary stage mannerisms.

Overall, the movie should not be taken for an accurate representation of reality as it is filled with fiction. But plot mistakes aside, this is still an enjoyable watch for the eyes and the ears. Meanwhile, the Oscars ceremony taking place on February 25, 2019 will be a night to look forward to. 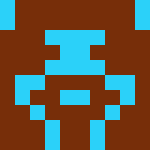