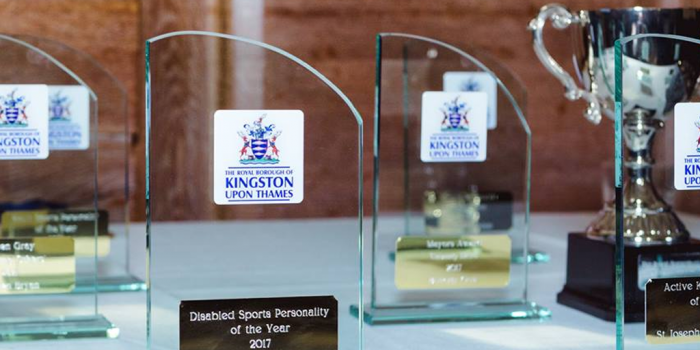 A number of awards were up for grabs, including Team of the Year, The Mayor’s Award, Sports Club of the Year and Disability Sports Achiever of the Year.

Councillor Margaret Thompson, who is responsible for sport and leisure at Kingston Council, said: “Kingston is very proud of our local athletes and sporting heroes. These awards demonstrate the dedication of all athletes, clubs, parents and coaches involved in achieving these outstanding results.”

The awards recognised a number of sporting achievements throughout Kingston, such as Corinthian-Casuals FC manager James Bracken leading the football club to its highest league position in its 80-year history.

Vice President of the Corinthian-Casuals David Harrison said: “This is a remarkable achievement, both for the manager and the club, which continues to play as strictly amateur in the world of non-league football, competing against clubs with large budgets.”

The ceremony was hosted by town crier Mike Seigel and was attended by a number of local sporting heroes, including Olympic rower Charles Cousins, who competed at the London 2012 Olympics.