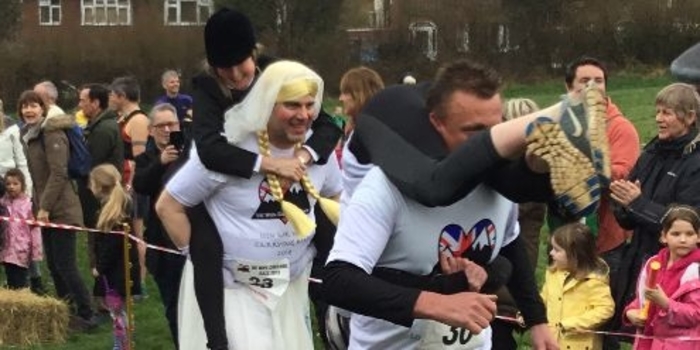 This year 40 couples took part in the unusual race

A record number of thrill seekers braved muddy conditions to compete in the ‘UK Wife Carrying Race’ on Sunday 8 April.

The 11th annual event, held at The Nower in Dorking, attracted 40 couples including previous runners-up from Lithuania and past North American wife-carrying champions.

Event organiser Rob McCaffrey, who was also running in his sixth race, said: “I think there’s something unusual about the race about that appeals to people’s humanity.

“It’s a very soulful race, you have to work together with your partner to succeed and you get close to them as well.

“It’s like ballroom dancing I guess only much, much tougher.”

Despite the race’s name, carriers and their partners do not have to be married.

Brother and sister team Daniel and Monica Rodas were running the race for a charity project in Columbia named ‘Multi Colour’.

Before the start Monica Rodas, who was competing in her third race, said the weather conditions were worse than previous years.  “We will have to do our best…I hope he doesn’t drop me,” she added.

The race was won by Chris Hepworth and Tanisha Prince (below), from London, who completed the course in 1 minute and 37 seconds. Daniel and Monica finished in 11th place. 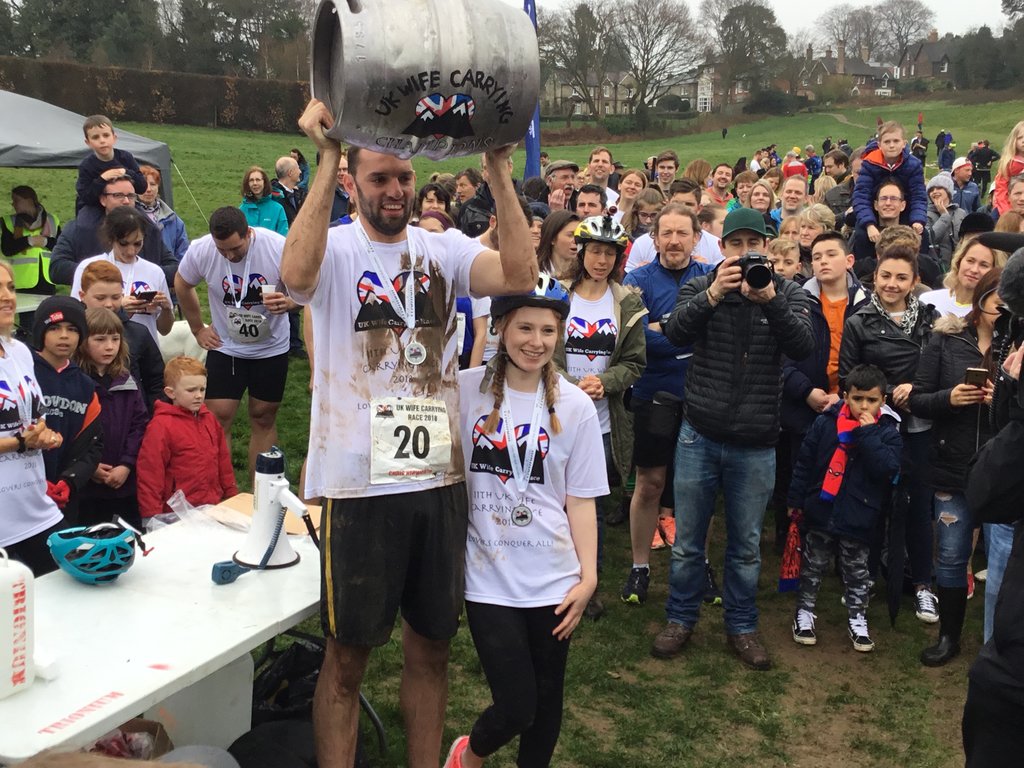 The race was run over a course of 380m, including 15m of ascent and 15m of descent, with various obstacles and water hazards to overcome.

The event was named as the UK’s top adventure race by Runner’s World in 2012 and is staged as part of the warm-up for the local Leith Hill Half Marathon to boost spectator turnout. 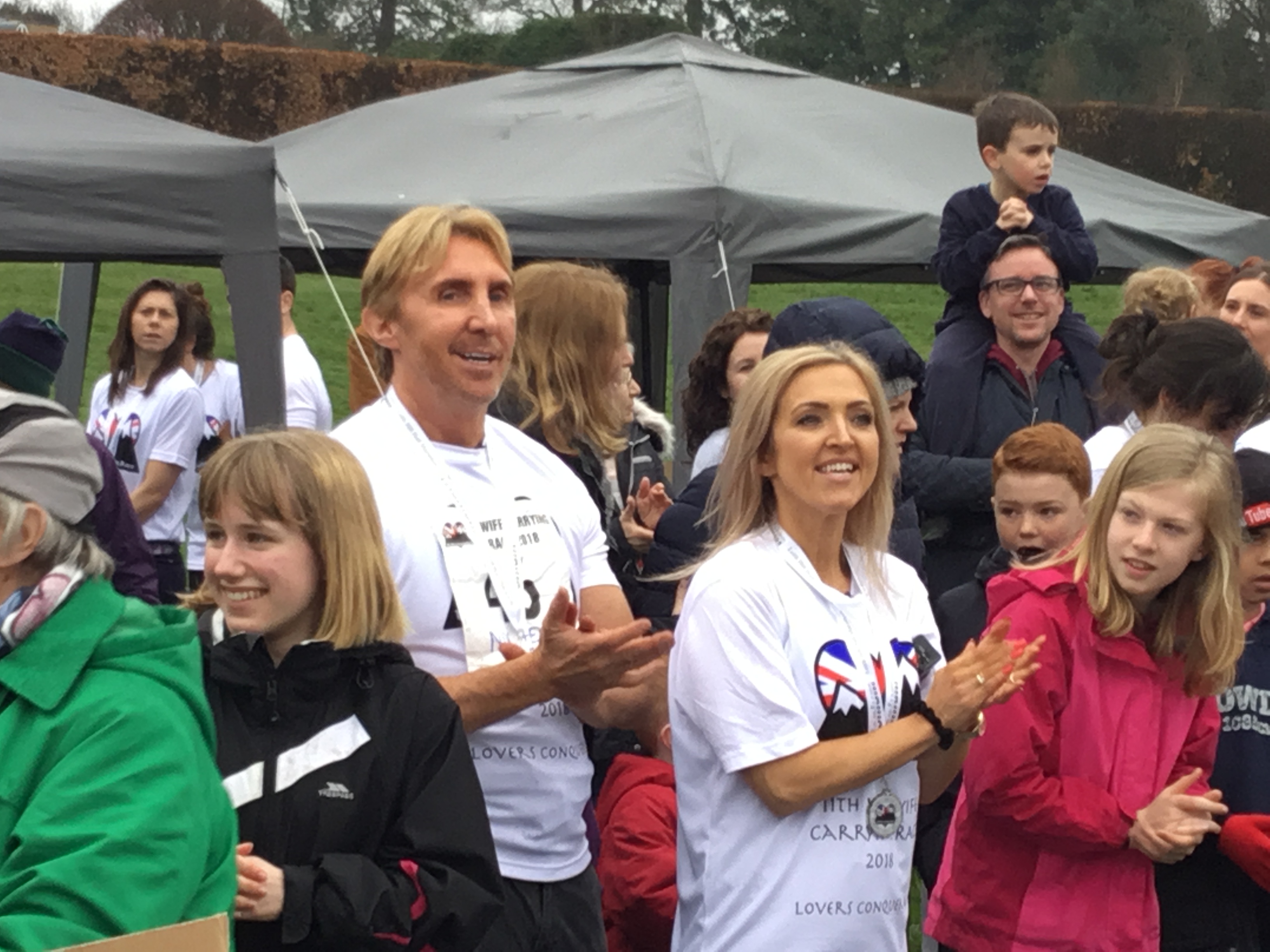 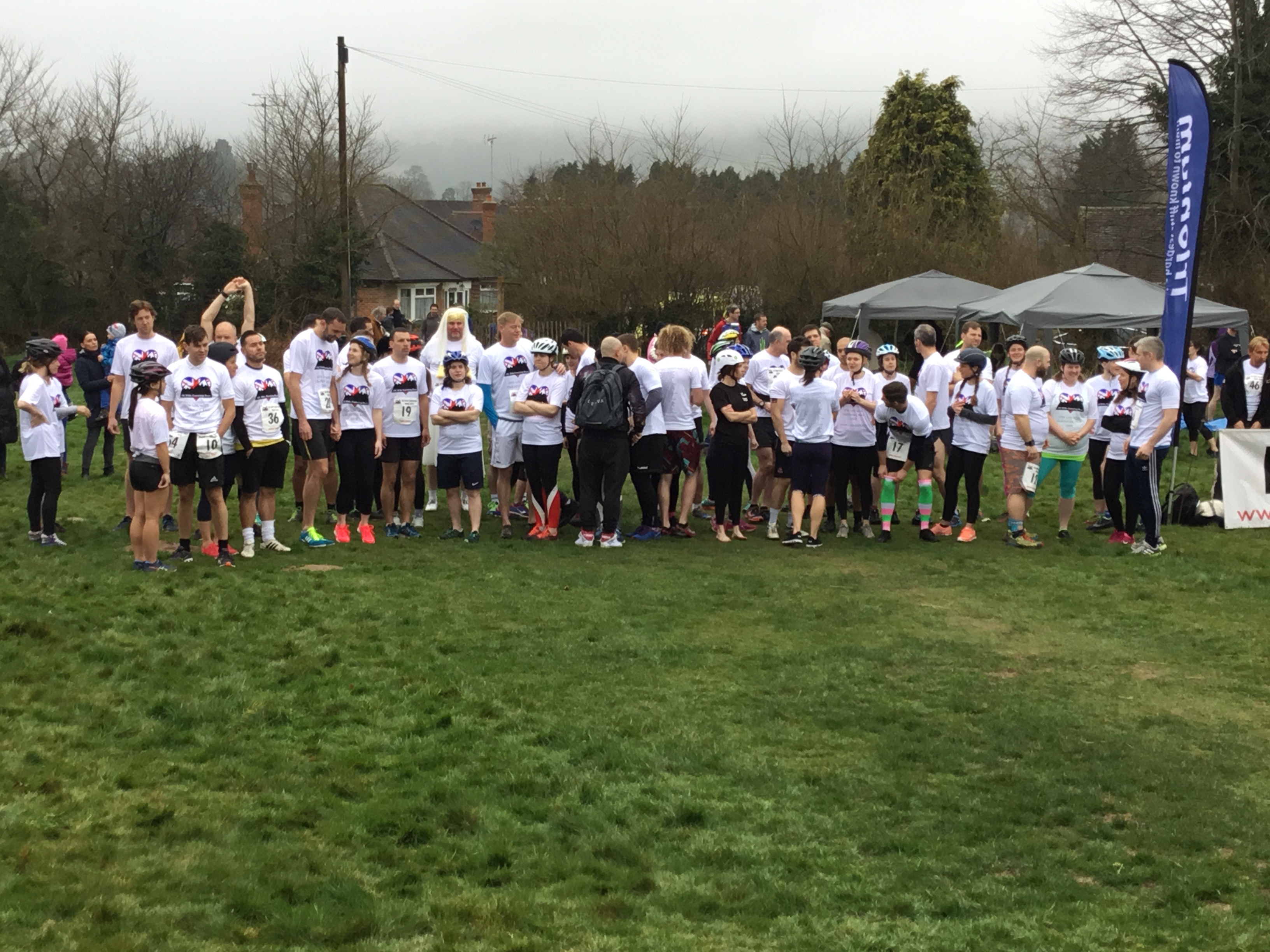 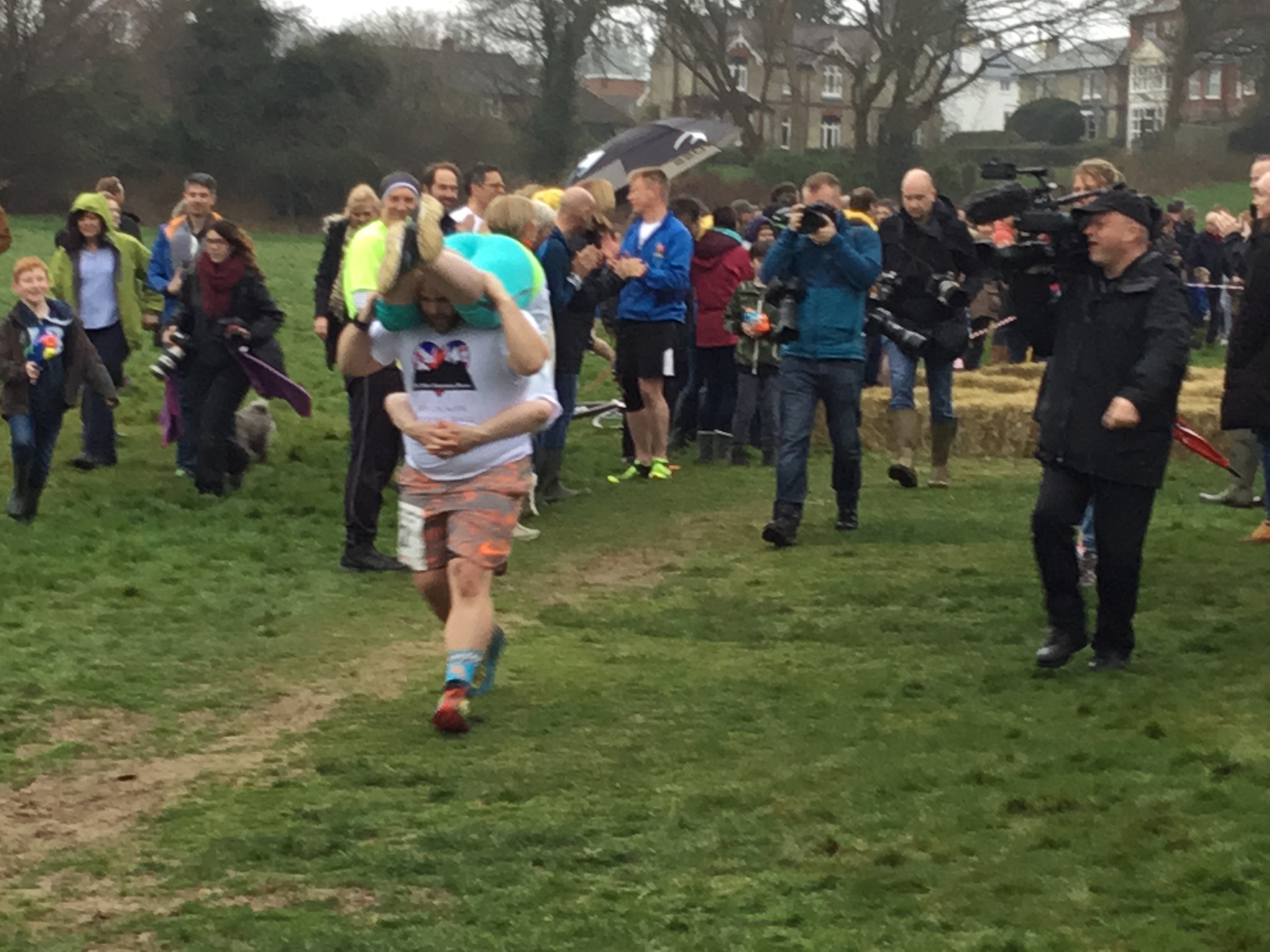 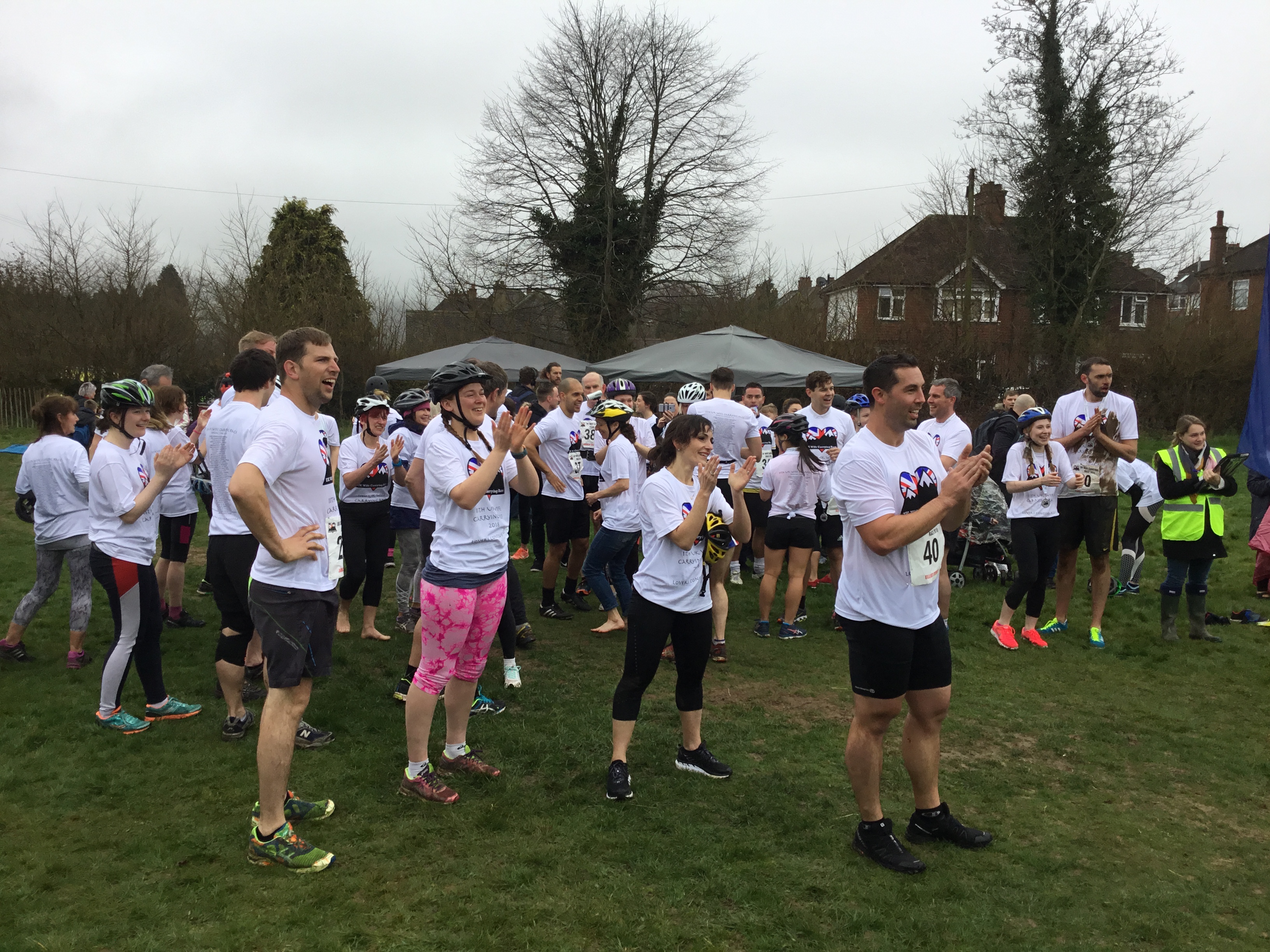 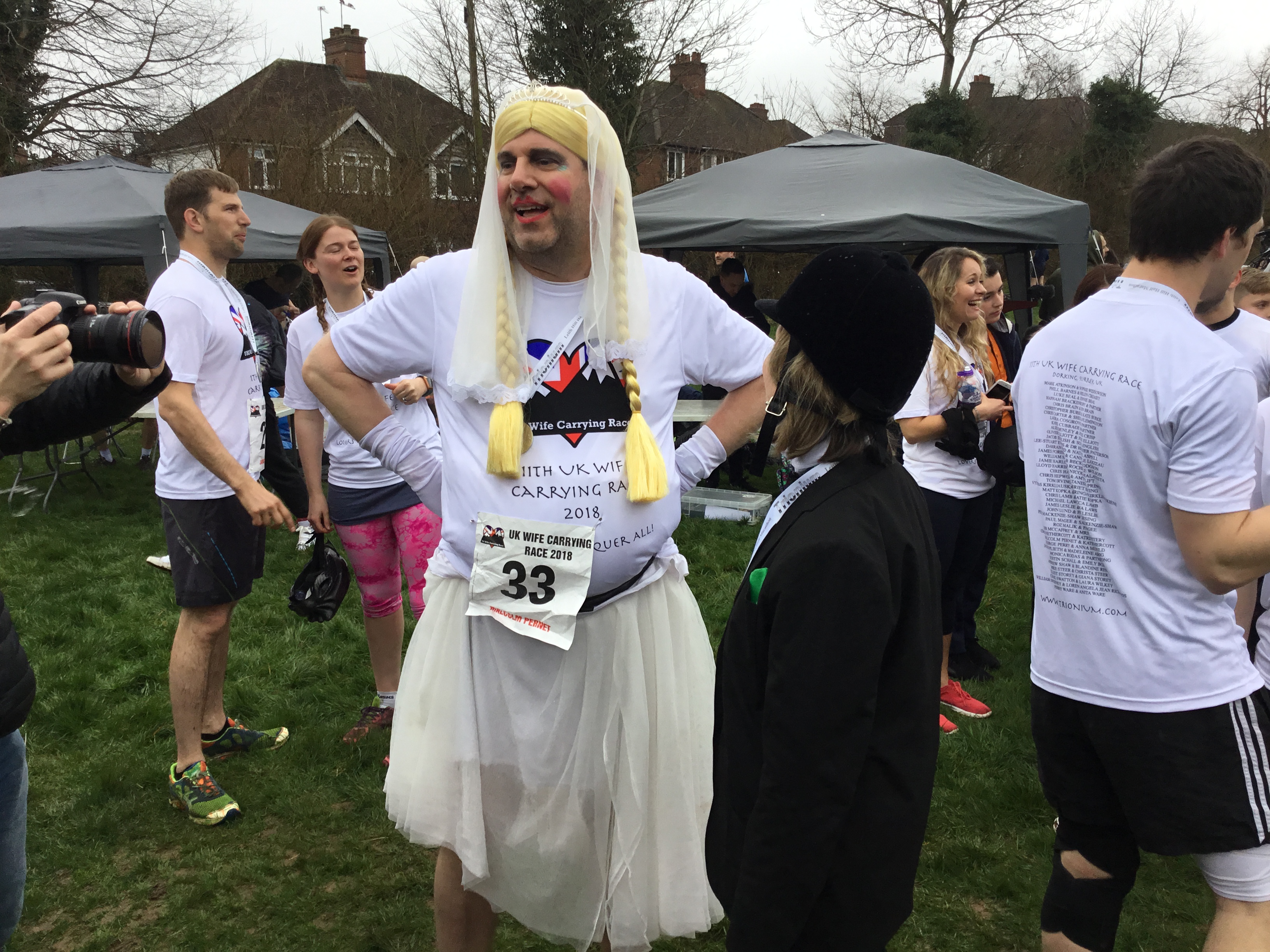 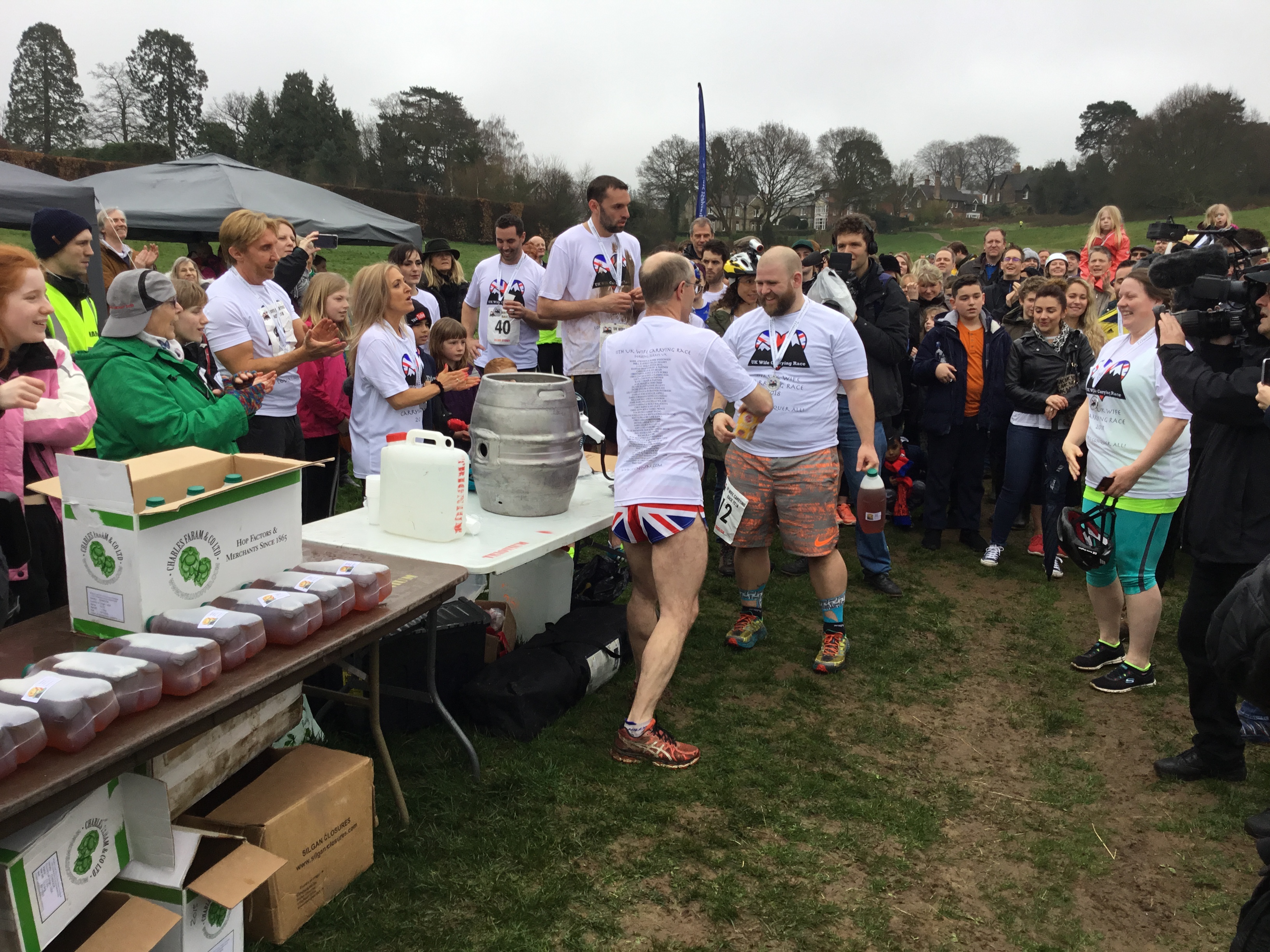 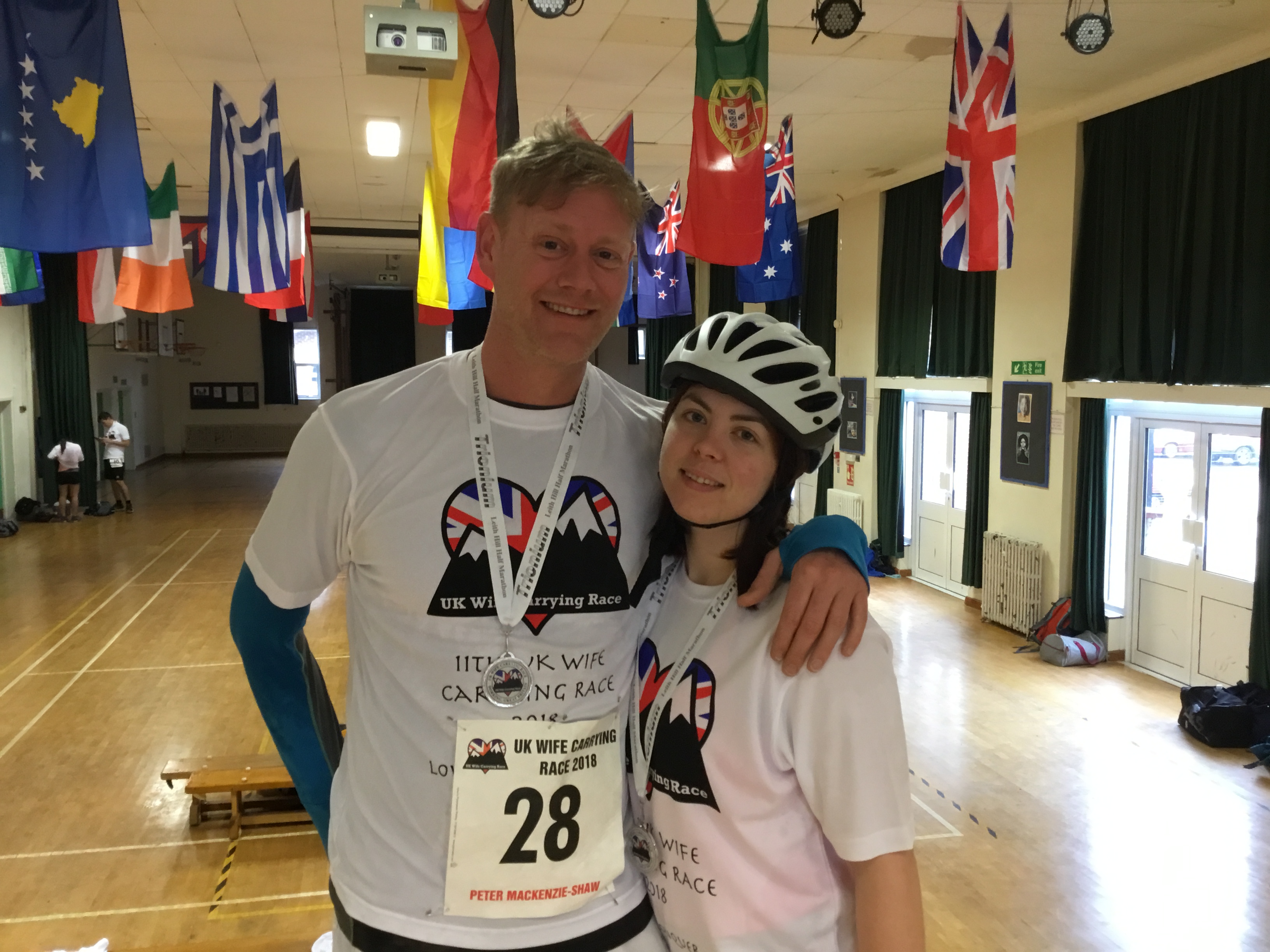