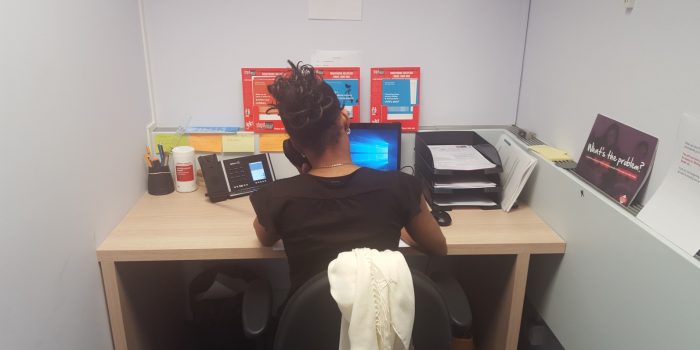 After countless high-profile sexual abuse cases, the question of how to better prevent child sexual abuse has never been more prevalent.

As police forces continue to wrestle with the aftermath of sex offenders’ crimes, the Faithfull Foundation in Epsom has been working on an entirely different solution: helping paedophiles control their urges in order to safeguard children across the country.

Founded in the 1980s by Lucy Faithfull, the first social worker in the House of Lords, the Foundation has worked tirelessly to pioneer new approaches to prevent child sexual abuse.

Donald Finklater, director of research and development, has been with the Foundation since 1995. He was recruited to manage the Foundation’s Wolverco residential clinic for sex offenders, which was named one of the country’s most effective treatment programmes for serious sex offenders. The success was short-lived.

When the clinic tried to move sites MP Philip Hammond, now Foreign Secretary, whipped up a “hornets nest” of protesters and they were driven out of the area.

The Stop It Now Helpline

Afterwards, the Foundation set up its Stop It Now Helpline, which is dedicated to helping paedophiles, their families and victims of sexual abuse.

Although the public may continue to resist, Finklater trusts in what the Foundation, and especially the Stop It Now helpline, is achieving.

“When opening the helpline, we couldn’t guarantee on that day that sex offenders were going to contact us and would want help. We can say categorically today that they do, they contact us in large numbers and they do want help,” he said.

The proof is in the numbers; between July 2002 and June 2015 the helpline has received a total of 43,994 calls. Adult abusers at risk of abusing children or young people made up 58.13 per cent of the calls.

Jenny, who has worked at the helpline since 2009, said she had previously veered away from such work because of its difficult nature, but now she has fully embraced it.

She said: “We’re daring to go where no man dares to go. The whole idea is to protect the children and I feel that the most effective way is what our founder had in mind, which is to work with sex offenders themselves.

“If we can rehabilitate them and we can manage and address their behaviour then we will be addressing child sex abuse, rather than just ignoring it and just punishing them and dealing with the aftermath.”

The first priority is finding out what access the caller has to children. Then Jenny will gauge how much information they are ready for before asking them to pass on the helpline number to any others affected by their actions.

After first contact, they can call whenever they want for more guidance and helpline workers will help them decide what treatment they would like to pursue.

The work is slow and does not produce instantaneous results, but the Foundation believe they are filling a huge gap in public services.

Time to wake up

The Faithfull Foundation is a rare entity and its services are not reaching everyone they need to. Jenny admits that part of the problem is a lack of advertising, mainly because the public remains uncomfortable with the idea of treating paedophiles.

She said: “Sex offenders live amongst us and you can’t deny that. We can turn a blind eye to it and it’s easy for us to stigmatise them and say ‘oh you know they’re scum’, but actually they’re living with us and we can either ignore it or we can see that they need help.”

Robbie Downer, a Kingston university student, agrees, he said: “We can either continue to vilify paedophiles and drive them underground or we can start treating the source of the problem.

“Paedophiles may be uncomfortable to talk about but that doesn’t stop them existing.”

Finklater believes that educating people is the solution to safeguarding children from sexual abuse. One of the Foundation’s many functions is educating parents about the risks posed to their children, but it continues to be an uphill climb.

He recalls teaching a seminar on internet safety at a Surrey school where some of the parents asked why he was not teaching it up North where the poor people are abused.

This ignorance is rife in all sections of society and many are resistant to learning about the risks to their children. Finklater stresses that it is not about terrifying parents with the risks, but making them aware of the reality, particularly when two out of three child victims are abused by someone in a family context.

“There’s no point if they’re busy looking for strangers that are a risk to their kids when the biggest risk is in the room next door.”

Even though the Foundation is not yet working on the scale Finklater would like, the prevention work has been the biggest growth in the Foundation and it is not slowing down.

But despite the Foundation’s successes, the focus continues to be on dealing with paedophiles after they have offended. However, three out of four cases never get close to a court and one in eight cases never get reported.

Finklater said: “The public need to understand that the role of conviction and the police is really important, but we’ll never get close to 100 per cent of the problem and do we really want to wait until sex offenders have offended? If we can do something prevents it from happening isn’t that where we need to focus our efforts?”

To find out more about the Foundation’s work visit their website.

If you are worried about your own thoughts or behaviour towards children, or the behaviour of someone you know, do not hesitate to contact the Stop It Now Helpline for confidential advice on: 0808 1000 900

The helpline is available from 9am – 9pm Mondays to Thursdays and from 9am – 5pm Fridays.