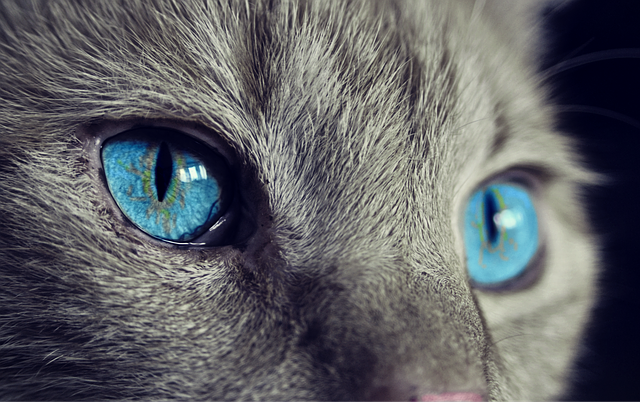 As a cat killer allegedly mutilates and kills cats across London, what could be the motivation behind the gruesome spree and should we be worried that he or she might move on to humans? Police have linked over 50 cat killings in London to a single perpetrator, who has been dubbed the M25 Killer, and believe the spree began when an unidentified tabby cat was found decapitated in Streatham on January 19 2015. The first few dead cats were found around Croydon, which gave rise to the killer’s original nickname the ‘Croydon Cat Killer’, however animal rights group SNARL (South Norwood Animal Rescue and Liberty) changed it to the ‘M25 Killer’ as cats’ bodies started to be discovered all over London.

The killer is known for dismembering cats and the missing body parts are never found, leading people to believe that the culprit is keeping them as trophies. To add insult to injury, the victims’ remains are often dumped near the owner’s home. For the first time, Kingston became included in this bloody trail when a family’s cat was found mutilated outside their home on April 2. Tortoiseshell Lulu’s owners discovered her decapitated body and said they were left feeling “violated” by her senseless murder.  Since then, in what appears to be an escalation, the killer is thought to have claimed three more victims. Animal rights groups have been working with the police in an effort to apprehend the perpetrator but have yet to find any clues to indicate who it may be.

Authorities are certain it is the work of one person. In a press release, SNARL said: “Post-mortems have shown that beyond a doubt, the mutilations are being carried out by a human being with a bladed instrument. There is absolutely, categorically no doubt about this. It is not dogs, cats or foxes causing these injuries. Post-mortem results also show that mutilations appear to be the work of one person. Furthermore, there are a number of details we have not released so if we do get anyone evil enough to try and copy these murders, we will know about it.”

Police believe the person responsible for the deaths is “highly mobile”. The Telegraph reported in an article that the suspect could be a taxi driver as cat bodies have been surfacing in North, as well as as South London, which suggests the perpetrator may need to drive to areas all over London. Speculating about the culprit’s occupation still doesn’t offer us an explanation as to why someone would commit these acts, so what kind of person could be behind it?

When asked his view, Tony Jenkins, of SNARL, told the Kingston Courier: “We can only really comment that it is clearly a psychopath and not someone who is mentally ill.  Profiles offered all suggest a single lone male, someone who probably has difficulties forming relationships with people especially women. It is someone who likes destroying beautiful things and displaying his handiwork to the owners or general public to cause maximum distress.”

Should we be worried that this person might start harming humans? There is no overall agreement in psychiatry that asserts a link between violence towards animals and violence towards humans but there have been several studies carried out to find out why someone would abuse animals. A major study conducted in the U.S in 1985 significantly contributed to research on the topic and provided a list of possible reasons for such behaviour.

Most of these have to do with regaining a loss the individual has perceived in their lives. The results of the study indicate that animal cruelty in childhood is not necessarily an indicator of violence towards humans in later life, but a symptom of a violent family life, which is certainly an indicator.The findings were gathered by interviewing 152 male subjects about animal abuse in their childhood and the participants were divided into three groups, aggressive criminals, nonaggressive criminals, and non-criminals. Even though it is commonly believed that cruelty towards animals in childhood is a strong indicator of violence towards humans in later life, the majority of subjects, 60 per cent, reported at least one or more incidences of animal cruelty. Out of that number, 41 per cent reported one to two incidences, 11.2 per cent three to four, and eight per cent reported 5 or more.

Although the majority of men in the study indicated that they took part in animal cruelty in childhood, 25 per cent of aggressive or violent criminals said 5 or more compared with 6 per cent of the other two groups.  The majority of the aggressive criminals, 75 per cent, reported excessive and frequent child abuse and a family background that was almost always violent.

Another belief is that animal cruelty can indicate psychopathy if it is part of the “homicidal triad”, also known as the “Macdonald triad” named after the psychiatrist who first proposed the theory, John M Macdonald. It involves a set of three behavioural characteristics that Macdonald suggested could predict later violent tendencies, specifically with regard to serial offences. The characteristics included persistent bedwetting, an obsession with fire setting, and cruelty to animals.

The theory has persisted and serial killers are still commonly believed to be linked to animal cruelty. However, if you see your child picking the wings off a fly, you should not immediately assume they will turn into Ted Bundy. The “homicidal triad” was in fact almost immediately debunked and by the very person who proposed it. Macdonald found that the three characteristics are actually more commonly linked to childhood experiences of parental neglect, brutality or abuse and do not predict homicidal behaviour. Similar to the 1985 study, animal cruelty is not a predictive characteristic, it is a symptom caused by childhood neglect and or/abuse.

Not enough research has been done with regard to the link between animal cruelty and violence toward humans to bring about an agreed theory among psychiatrists. However, it is very possible that the M25 Killer may be experiencing a lack of power or control in his or her life and using the violence towards cats as a way to express this or relieve the pain of it.

Although most reactions among the public have been of shock and horror, some people don’t have a problem with them, such as this man who rang Radio 2 to give Jeremy Vine his view in February.

Evidently, not everyone is worried about the situation. Whether or not the perpetrator will move on to humans is difficult to predict without knowing his or her background and only time will tell- that is if the person is identified and caught at all. Feel free to give us your opinion by taking part in our poll.

SNARL gives updates regularly on its Facebook page and gives advice on how the public can help with the investigation.