Unilever, the maker of household brands including Dove and Marmite, plans to move its headquarters to Kingston’s town centre.

The plans would also include the construction of a new residential building with 156 homes next to the newly landscaped Hogsmill River.

If approved, workers from five existing Unilever sites would be consolidated into two interlinked office buildings on the Surrey House Island business centre on Brook Street.

Kingston Council leader Caroline Kerr said: “This is a fantastic endorsement of Kingston as a great place to live and work.

“This is a fantastic boost for our economy and is a clear signal that Kingston is very much open for business and welcomes new employers to the town.”

The plans will first be subjected to scrutiny and consultation before it is decided whether they will be approved. At the time of writing, the planning application had not yet been published.

While the news has been welcomed at a time when many organisations are moving exclusively to home working, opposition councillors have been critical of the plans and questioned Kingston Council’s statement that the proposal “will bring more than 2,000 jobs”.

Kingston and Surbiton’s Green Party Councillor Sharon Sumner said: “The council spin is all about the employment benefits but the much-quoted job figure is simply a projection based purely on the commercial space the scheme aims to deliver.

“It doesn’t take into account the many existing Unilever employees that will simply drive in from their current offices outside the M25, encouraging more traffic and pollution for local people living in and around the town centre.”

The borough’s Green Party also voiced concerns on social media regarding Unilever’s claim that 35 per cent of the new homes to be built would be “affordable”.

However, Kingston and Surbiton Liberal Democrat Councillor Jon Tolley believes the proposal, which is still far from being confirmed, would be an “economic injection” in the borough.

“Whatever the spin the facts are that the site would bring a very significant amount of jobs to the town centre (even if not new employment for people from Kingston), and then all the knock on effects that would have to retail and hospitality particularly,” he said.

He admitted there would be other “knock on effects” including more cars and pollution but believes there are “ways around it”.

“There are problems with any proposals, and being keen for Unilever’s presence doesn’t mean we give a carte blanche to any type of development,” he said.

The announcement comes weeks after Dutch shareholders in the Anglo-Dutch company supported plans to transfer it into a London-based entity, according to the Financial Times.

Unilever first opened an office in Kingston in 1954. 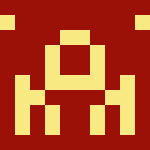