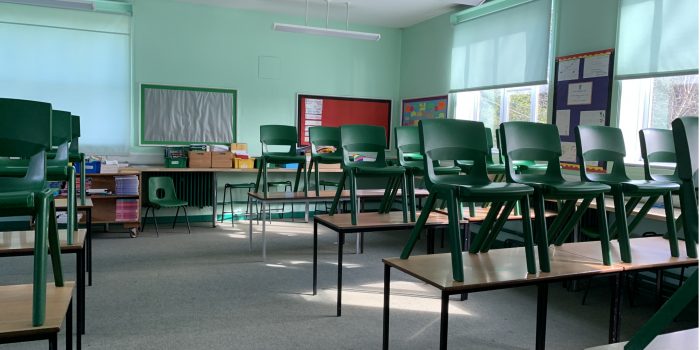 It is not known when schools may re-open. Picture – RexFeatures

All schools in the UK will be shut for the foreseeable future to help combat the spread of Coronavirus.

This was announced by both Prime Minister Boris Johnson during his daily update on the outbreak and education secretary for England, Gavin Williamson, on Wednesday (18 March). Schools will only remain open to vulnerable children and children of key workers.

Williamson told parliament: “After schools shut their gates on Friday afternoon they will remain closed until further notice. This will be for all children, except for those of key workers and for children who are the most vulnerable.”

The government was met with criticism earlier in the week for keeping schools open, with the National Education Union (NEU) sending a letter to Johnson questioning the decision to remain open.

Many were arguing that keeping them open would worsen the outbreak and were concerned for the teachers and family members who are vulnerable to the virus.

There was concern that children who have parents working with the NHS, police or supermarket workers would be affected because the parents would need to be at work.

Another issue of concern was children who relied on free school meals. Williams said those children will still be provided with meals and schools fully reimbursed.

Now that schools have closed parents are concerned about schooling their children. However, through technology schools have been able to keep in contact with their pupils.

Mother of five Lucille Whiting said: “Schools have been excellent with sending work home for the older children, in a manageable amount of work. There is something for every subject.”

She added that there is an app that helps keeps her younger children in contact with the teacher. Virtual PE classes help keep children fit and there are many Facebook pages to help parents with school work and other situations.

David McCarthy, director of education for Sophia Technologies, said: “Panic breeds panic, and so it’s important that we take time to re-centre, and turn our energy into positive action, to become a positive role model for our children.

“We need to show them how, in times of crisis, they can trust us. That life – in general – can and will go on as usual, but with some teamwork and adjustments.”

Universities across the UK close

It was not only schools that closed. Universities throughout the week announced their doors shutting.

This has led to universities finding alternative methods for classes, assignments, and exams. This is being done through online classes but is not effective for all students.