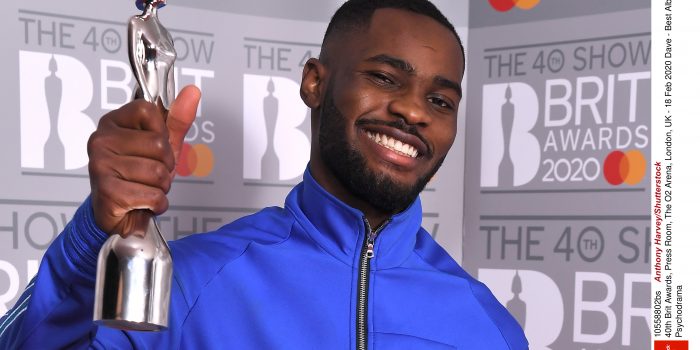 This year, despite the controversy, the BRITs touched on how diverse the UK music industry actually is.

Best International artist was won by Billie Eilish who is reclaiming the look and sound of popular music in this decade.  After receiving a warm welcome from the audience she performed the new Bond single ‘No time to die’.

The BRITS were criticised for the lack of gender diversity of nominees, only three women were nominated within the mixed-gender categories which resulted in a night of predictable wins.

The loveable Lewis Capaldi beat Mabel and won Best New Artist and rightfully so, after the success of his single ‘Someone you loved’. Capaldi or better described as the “Scottish Beyoncé” during his hilarious acceptance speech went home with four Brits.

The night also included a high energy performance from the most sought after award show performer, Lizzo, with her infectious energy filling the stage.

The 2020 Rising Star spotlight was on Celeste who gave an emotive performance of her single ‘Strange’. Another 2020 Rising Star was neo-soul singer Joy Crookes who paid tribute to her Bangladeshi roots in a traditional yellow and gold dress.

Stormzy, who became the first Black British solo artist to headline Glastonbury last summer, went home with Best Male Solo Artist and gave a special shout out to the women on his team. “And to be the best male, I’ve got the most incredible females in my team,” he said as he collected his first award of the night.

“It is racist, whether or not it feels racist. The truth is our prime ministers a real racist,” Dave said during a one minute freestyle added to the end of his performance.

Santan Dave British rapper, musician, actor and songwriter took home the British Album award for his debut album ‘Psychodrama’ which was released almost a year ago.

Professionally known as Dave, the 21-year-old rapper’s song ‘Black’ is a social commentary on what it means to be black in Britain. During its release week Radio 1 DJ’s Annie Mac and Greg James received complaints from listeners saying it was “racist” against white people.

The backlash from this year’s BRIT awards has been riddled with debates of racism in the UK following rapper, Dave’s powerful performance.

Dave’s performance is not the first time that an artist has made a political statement on stage, in 2018 Stormzy called out Theresa May’s government for their reaction to the Grenfell tragedy, injustice and institutional racism as he closed out the show with ‘Blinded by Your Grace Part II.’

Dave also openly spoke about the government’s lack of urgency to accommodate Grenfell survivors, police prejudice, criticised the press for the treatment of Meghan Markle and paid tribute to Jack Merritt.

The content of music made by black artists has always reflected their life experiences and Black British artists are now more than ever are using their platforms to make political statements unapologetically.

The BRITs this year was really able to provide a platform for artists such as Stormzy and Dave to share their talent but also, more importantly, be honest about the injustices they face.

Next year hopefully there will be more recognition on the up and coming female talent in the UK such as Mahalia, Little Simz, Grace Carter, Tiana Major9 and so many more.

In order for the award shows to honour the artists they also need to honour the content of their music. A long way from #BRITSsowhite in 2016, this year’s BRITs hinted at a step in the right direction.