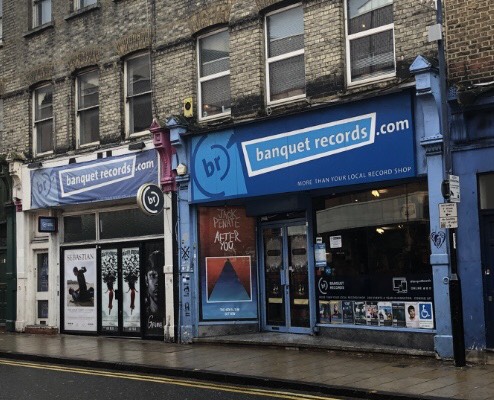 Banquet Records employee and Liberal Democrat Councillor Jon Tolley displayed a poster across the top of his shop which read: “Register to vote before midnight tonight. www.gov.uk/register-to-vote”.

Banquet Records, which sells vinyl, CDs and music merchandise, sits alongside a busy bus route on Eden Street in Kingston town centre, where plenty of commuters and shoppers could see the sign.

Someone complained to Kingston council and asked for the sign to be removed.

“Someone made a complaint about the sign, thinking we were trying to sway the vote,” said  Tolley. “I think it’s bonkers! We’re trying to get people to use their voice, not telling them how to vote.”

The sign was removed anyway, as it was aimed at informing voters that the deadline to register to vote was that day, 26 November.

“It is vitally important that everyone gets their chance to be heard and by the way, I have a bright orange ‘Liberal Democrat’ poster in my window at home – no complaints yet!”

The press team for The Royal Borough of Kingston upon Thames said it had no comment.

In response to the complaint, Banquet Records edited a photo of the sign and shared it on its Instagram, @banquetrecords, which read: “Some people don’t want you to have a voice. Now you’re registered to vote, use your voice on 12th December.” 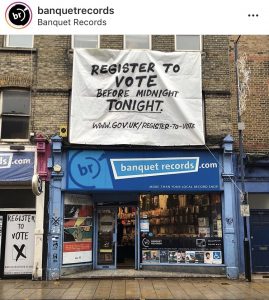 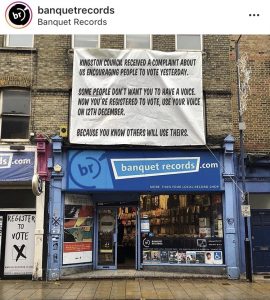 Kingston residents and fans of Banquet Records, praised the shop for displaying the original sign and their quick move on Instagram. 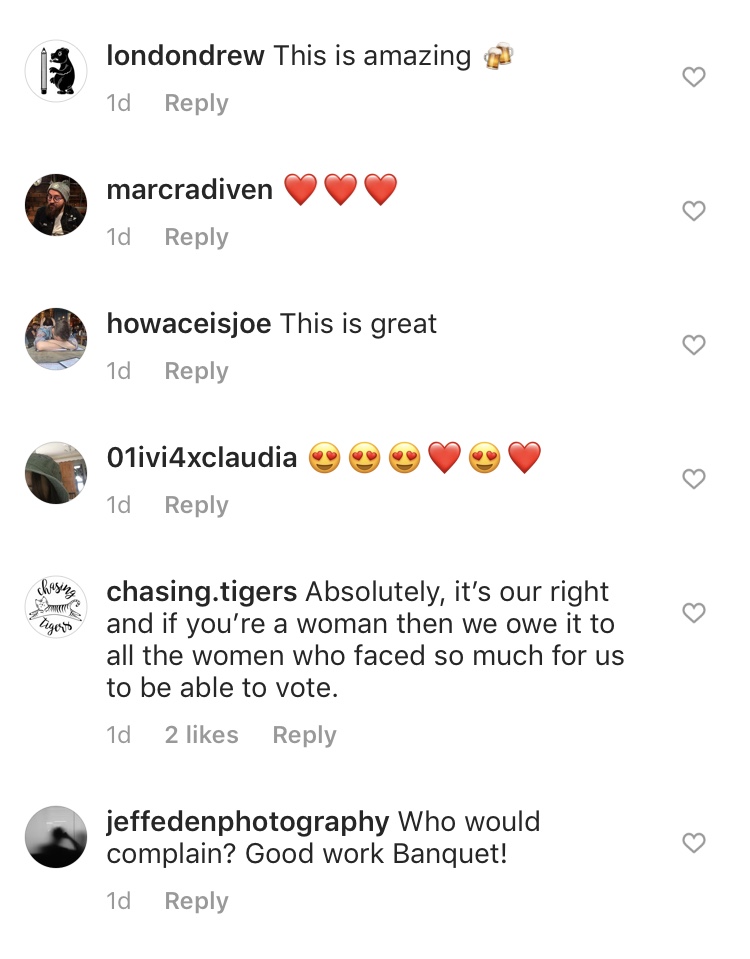 If you’re unsure about where you can vote in the 12th December election, find out here.