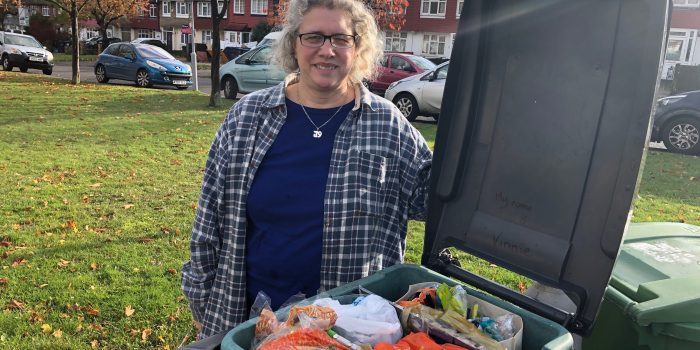 Janine Martin, who runs Sunray Recycle, with one of her donation bins. Picture: Helen Adams

A new initiative in Kingston aims to support the planet and the people living in the area.

Sunray Recycle (@sunrayrecycle) turn plastic waste into profit, by collecting donations and sending them to Terracycle – a recycling company who pay for plastic based on weight.

The company then shred, melt and finally mould the mixture into furniture, which is sold.

Kingston resident, Janine Martin, a child minder, decided to set up Sunray Recycle donation bins where residents could leave donations for her to collect.

The donation bins at Knollmead Primary School collect the following:

The money Sunray Recycle receives from Terracycle goes back into the community, with the profits donated to schools, charities and churches.

“I wanted to support the local community,” said Janine Martin, when asked why she decided to get involved.

Normally, these plastic pieces would take decades to decompose in landfill, but so far this year, Sunray Recycle has raised £150.

Sunray Recycle hope to have more bins around the Kingston borough in the future.