The average price of a house in Kingston-Upon-Thames has fallen by more than £17,000, according to property website Rightmove.

This is due in part to uncertainty around Brexit, according to one of Rightmove’s directors.

Rightmove’s figures reveal that Kingston saw the greatest fall in house prices this month of all the London boroughs.

Director of Rightmove and housing market analyst Miles Shipside said: “In a strange Brexit-induced paradox, thousands of potential sellers are holding back compared to this time a year ago.”

Though he said the number of people buying houses is “virtually the same”, Shipside added: “[Potential sellers] may be waiting for more certainty around both achieving their price aspirations and also the Brexit outcome.”

The average price of a house in Kingston currently stands at £587,915.

By contrast, Kensington and Chelsea remains the most expensive borough to buy a property, with the average house costing £1,620,076. 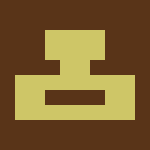