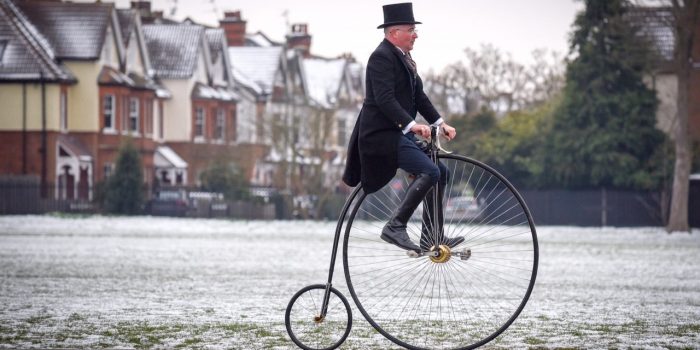 Three replicas of the high-wheel bicycles were available for racing as part of the lottery-funded Wheels of Time project, which celebrates the rich history of cycling innovations that emerged from Surbiton and Kingston. 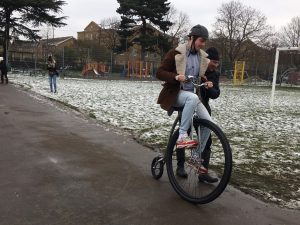 Robin Hutchinson, chairman of the Community Brain group, said: “We were amazed with the attendance given the weather – if it had been sunny and warm I’m sure we’d have had hundreds more.

“Wheels of Time celebrates the amazing history of cycling in the borough, from John Keen to the Olympics cycling along the Portsmouth Road.”

John ‘Happy Jack’ Keen, a world record holder on high wheel bicycles, lived in Surbiton for most of his life until his death in 1902.

He manufactured penny-farthings at his workshop in Victoria Road, with a model known as the “eclipse” widely acknowledged to be one of the finest ever produced because of its height and lightweight design.

Riding the “eclipse”, Keen became the best all-round rider Britain had ever known, sometimes racing in front of crowds of up to 25,000 people.

To find out more about history in Kingston, visit the Kingston Museum and History Centre.