The fight to get Donald Trump’s nominee to the Supreme Court of the United States (SCOTUS) got underway on Monday, with Amy Coney Barrett, 48, facing the Senate Judiciary Committee less than three weeks before the Presidential election.

Barrett has been nominated by President Trump to succeed Ruth Bader Ginsburg, who passed away in September after a long fight with pancreatic cancer.

The hearings for Judge Barrett are likely to be just as contentious and fiery as those of Trump’s previous two nominees – Neil Gorsuch and Brett Kavanaugh, and the ramifications of her confirmation will be felt for generations to come.

That said, in all likelihood Judge Barrett will be confirmed to the highest court in the United States, making Donald Trump only the third President since 1960 to successfully appoint three justices to the Court in one presidential term.

But what is the Supreme Court? Why is this confirmation hearing seen by some as even more controversial than previous ones? And what exactly is at stake for US citizens?

The US Supreme Court sits at the head of one of the three separate branches of United States government, the Judiciary.

Since 1869 the Court has been made up of nine judges, known as Justices, who are nominated by the President and confirmed by the Senate.

Each Supreme Court Justice has a lifetime tenure, meaning they remain on the Court until they resign, retire or die, and as such successfully nominating a Justice allows for a President to continue to have an impact on the nation’s political landscape long after they have left office.

Being the highest court in the land, the Supreme Court is often tasked with passing judgment on a variety of contentious issues, and as such has ruled on many landmark court cases.

Take for example Brown v. Board of Education (1954), in which the Court ruled that racial segregation in public schools was unconstitutional, or Roe v. Wade (1973), where it was decided that the US Constitution protects a pregnant woman’s right to an abortion (more on this later).

So as you can see the Court has had a tremendous impact on American lives throughout history, and yet, much like the rest of the US political landscape, it has become increasingly polarised and partisan in recent times.

Who is Amy Coney Barrett?

Amy Coney Barrett is a judge who is held in particularly high regard by social conservatives due to her record on issues like abortion and gay marriage.

She is a self-described ‘originalist’, meaning she interprets the US Constitution as the authors intended it to be when it was ratified in 1788.

This comes as a deep contrast to Justice Ginsburg who was a liberal icon long before she was nominated to the Court in 1993 as she argued in favour of many progressive positions, including women’s rights, gay marriage and healthcare.

Her death came as a huge blow to the left as it meant that Trump has the opportunity to solidify the conservative bloc in the Court by handing them a six-three majority.

Why is this nomination angering Democrats?

The root of the anger felt amongst Democrats at the rushed nomination and hearings for Judge Barrett can be traced back to 2016 and the ‘stolen’ Supreme Court seat.

In March 2016, Supreme Court Justice Antonin Scalia, a staunch conservative and originalist much like Barrett, died.

However, the Republican-controlled Senate, lead by Senate Majority Leader Mitch McConnell, refused to hold any confirmation hearings on Garland as he felt the seat should be filled by whoever wins the election later that year. According to McConnell:

“The next justice could fundamentally alter the direction of the Supreme Court and have a profound impact on our country, so of course the American people should have a say in the Court’s direction.”

Trump won the election in November 2016 and the Republicans kept control of the Senate, meaning that he was able to successfully nominate Judge Neil Gorsuch to the Court.

The confirmation hearings were predictably fiery, with Democrats raging against the ‘stolen seat’.

“I want you to use my words against me. If there’s a Republican president in 2016 and a vacancy occurs in the last year of the first term, you can say Lindsey Graham said let’s let the next president, whoever it might be, make that nomination.”

Sen. Graham does not intend to stick to his word, having already committed to voting to confirm Judge Barrett.

What is at stake?

This is the crux of the whole issue; what is at stake should Trump fulfil his desire to have Amy Coney Barrett confirmed to the Supreme Court of the United States?

Below are several issues that are expected to be presented to the Court, with the strong possibility they could be overturned:

Judge Barrett’s views on abortion are the cause for great concern amongst Democrats.

As a Judge, she has never ruled specifically on abortion, however, she was once a member of an anti-abortion group and also has claimed that the landmark abortion case in the US, Roe v. Wade, is not settled law as it does not meet the criteria of “super precedent”.

Despite the aforementioned 1973 landmark ruling in Roe v. Wade, which protects a woman’s right to choose, abortion rights in the United States have frequently come under attack as both federal and state legislatures have attempted to restrict access to abortions.

Judge Barrett’s confirmation would result in the Supreme Court having five justices with strong anti-abortion views.

Another area of concern for Democrats is Barrett’s views on healthcare, and specifically the Affordable Care Act (ACA), the landmark piece of legislation introduced in Obama’s first term as President.

The ACA greatly expanded healthcare coverage for millions of Americans as well as introduced protections for those with preexisting conditions so that health insurance providers could not reject their application.

Ever since its inception, Republicans have regularly attempted to repeal the ACA, colloquially known as Obamacare, but for the most part, their attempts have been unsuccessful, with the Supreme Court twice ruling in favour of upholding it.

However, two justices who are no longer on the court, Anthony Kennedy and the aforementioned Ginsburg were two of the decisive votes in favour of the Act in the most recent court case, King v. Burwell.

Therefore, Barrett’s confirmation could spell the end for Obamacare, as there is currently a third case before the Court, California v. Texas, with oral arguments expected to be heard one week after the election on November 10.

All of this comes despite support for Obamacare hitting record highs in recent months, with four in five of voters supporting protections for people with pre-existing conditions – a stance that is explainable by the ongoing Coronavirus pandemic.

The 2000 Presidential election between Republican George W. Bush and Democrat Al Gore was one of the closest elections in US history, with the outcome ultimately being decided by the state of Florida.

The vote count in Florida showed Bush winning by such a small margin that a recount was required by state law, however, a month-long series of legal battles climaxed with the highly controversial 5-4 Supreme Court decision in Bush v. Gore, which ended the recount.

Amy Coney Barrett was one of the lawyers who assisted in the representation of Bush.

This is incredibly noteworthy, as, throughout much of the build-up to the 2020 election, President Trump has been airing his concerns about the use of mail-in ballots, and has repeatedly refused to commit to a peaceful transition of power should he lose to the Democrat challenger Joe Biden. When asked about the issue during a press conference in September, Trump said:

“We’re going to have to see what happens. You know that I’ve been complaining very strongly about the ballots, and the ballots are a disaster.”

With the integrity of the election being constantly questioned by those on the right, there is a strong possibility the US could be heading down a similar path as it did in 2000, with a legal battle before a Supreme Court with three justices nominated by Trump.

So what can the Democrats do?

Given all of this, what exactly can the Democrats do to prevent Amy Coney Barrett from being confirmed to the Supreme Court and stripping down abortion rights and healthcare access amongst other things?

At the moment, very little.

As things stand at the moment, the Republicans hold a three-seat majority in the Senate, meaning if all members of the Senate vote along party lines, something they are all expected to do, Judge Barrett will be confirmed before the election.

It will take these two things for the Democrats to have any chance to rebalance the Court: Joe Biden must win the presidency, and the Democrats must take back control of the Senate.

Neither of these is a guarantee, though according to the most recent YouGov poll, Joe Biden holds a 10 point lead over Trump nationwide, and FiveThirtyEight gives the Democrats a 70% chance of gaining control of the Senate.

So hypothetically, should both of the above scenarios occur, the Democrats have two primary options:

1) Add more Justices to the Court

The Constitution does not state how many justices must sit on the Supreme Court, originally there were six justices, but that number has fluctuated throughout history.

Ed Markey, a Democratic Senator from Massachusetts, tweeted that if Senate Majority Leader Mitch McConnell goes against his precedent of not filling a Supreme Court vacancy in an election year,  “we must abolish the filibuster and expand the Supreme Court”.

Representative Alexandria Ocasio-Cortez, a Democrat from New York, echoed that sentiment, saying: “We should leave all options on the table, including the number of justices that are on the Supreme Court.”

In the first presidential debate, Joe Biden avoided answering whether he would add more justices to the court, though he has since spoken on the issue, stating: “I’m not a fan of court-packing, but I don’t want to get off on that whole issue. I want to keep focused.”

This is arguably less politically toxic than adding more justices to the Court, but no easier to implement.

Term limits for Supreme Court Justice have been a discussion ever since the failed nomination of Robert Bork in 1987, though the issue has rarely gained any traction within the US legislature.

However, in response to Trump nominating Judge Barrett, some House Democrats have introduced a new bill that would implement an 18-year term limit for Justices, after which they would become “senior justices” and be allowed to rejoin the Court only in the event of an unexpected vacancy.

“Lifetime appointments to the highest court in our land undermine our democratic process and erode progress in our nation,” according to Massachusetts Representative Joe Kennedy, one of the Democrats who put forward the bill.

Since the most recent opening on the Court, Biden has not yet stated whether he would be in favour of adding Supreme Court term limits, though back in 2019 he told The New York Times Editorial Board he was not in favour of them.

Neither of these ideas is possible unless the Democrats overturn the Senate cloture rule, also known as the Senate filibuster, which requires that 60 members vote to end a debate and move to a vote.

There are several ways to do this, though none of them easy if you wish to read up on the issue, check out this article from the Brookings Institution. 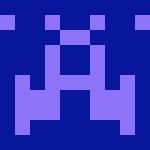