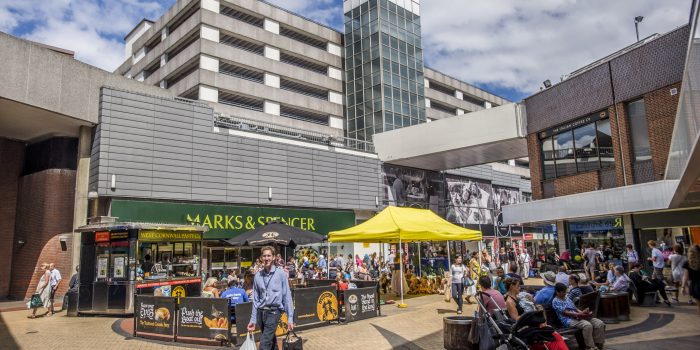 Kingston Council making it easier for businesses to apply for space. Photo from: Rex Features

Originally, traders were limited to where they could pitch their businesses due to a policy that was introduced in 1991.

Councillor Andreas Kirsch, portfolio holder with responsibility for licensing, said: “We really hope this can help smaller businesses and also start-up businesses or for university students if they want to try something out and are finished or in the last year. Giving more residents the opportunity to try things out and have a bit more variety.”

The new policy which is set to be introduced on 1 May was announced at the Licensing Committee on 11 March after the council consulted with traders, businesses, and residents.

The new policy will allow traders, which includes artisan producers and craft sellers, to identify their own trading areas within the borough.

This new policy also gives the opportunity for a short term licence to trade anywhere in Kingston.

It has also allowed the council to introduce licensing of advertising on the highway and the display of goods outside shops on the highway.

This was done because a-boards were being put on the highway, public space or in front of shops. Now these spaces are regulated to abide by health and safety, giving everyone a specific spot and protecting businesses, said Kirsch.

He added: “If you apply for your a-board, you get a specific pitch where you can put one or two however you apply for where you safely can put them. And so officers look into it all, that they’re not obstructing the highway on the pavement. Are they in any way a hazard for visually impaired or for future users.”

“If something happens to a resident they are on the safe side at the moment, if someone, due to a board falls or injures themselves, that’s not regulated then you have lots of issues.”

The council made it known that the stalls in the Monday Market and Ancient Market will not be affected by this policy because they are managed under a different policy.