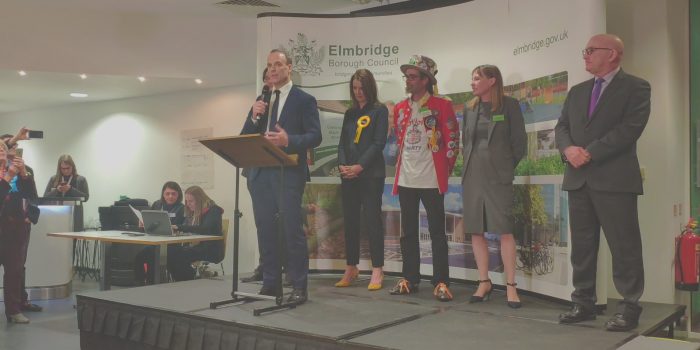 The Conservative Party’s Dominic Raab hit out at his opponents as he was re-elected as MP for Esher and Walton after a close-fought contest.

The Foreign Secretary faced a tough campaign that saw his majority of 23,000 from 2017 cut down to just over 2,000 after a strong Liberal Democrat showing.

Targeting the Liberal Democrat candidate, Monica Harding, he said: “I’m proud that when some of our opponents seeped into the gutter, we kept our integrity.”

Harding later said that Raab was a “disgrace” and was “unbecoming of a government minister”.

Pre-election polling conducted by Yougov had the constituency down as a “toss-up” between the Conservatives and Liberal Democrats, giving the evening an added edge.