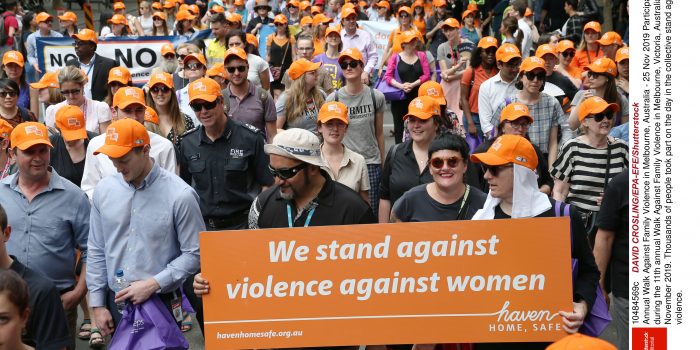 Kingston Council took to Twitter to take part in the #16days campaign to highlight support services in Kingston.

Created by UNESCO, the 16 days between November 25 (International Day for Elimination against Women) and December 10 (Human Rights Day) are known as the 16 Days of Activism against gender-based violence campaign, a time to tackle violence against women and girls around the world #OrangetheWorld.

Iona Lidington, director of public health at Kingston Council, said: “Kingston are fully committed… we’ve been working with our partners and support agencies and we want to thank them for all the efforts that they put in to tackle violence against women and girls.”

While there has been a gradual fall in the incidents of domestic abuse in recent years, there are still up to two million victims a year, the majority of whom are women.

Kingston Council created an informative thread on Twitter, through the #Kingstonsaysnomore, giving daily updates on the support services that are offered in Kingston and throughout London. These included:

The Metropolitan Police Service is working with venues across London to help prevent and reduce sexual violence and vulnerability. Posters can be found in female toilets explaining to customers that they can ask surrounding staff for Angela, a code name that alerts them that you may be under threat.

This is a support system created for men who are victims of rape or sexual abuse. The foundation challenges the silence of male sexual abuse and rape victims and aims to aid male survivors as well as their family and friends to build up their confidence.

This is an LGBT+ anti-violence charity, supporting those who have experienced hate crime, sexual violence or domestic abuse. The charity also provides advice and support for any general inquiries regarding problems with the police and questions about the criminal justice system.

The #16days activism also included the Equality and Inclusion Conference in Kingston, where talks were given on how to support survivors. Women in Chile got together to perform the song ‘A Rapist in Your Path’ in protest against sexual abuse. From Chile to Spain, from Mexico to France, women all over the world took the streets to perform this powerful statement against sexual abuse and gender violence.

The Domestic Abuse Bill is a new piece of legislation that will help to tackle domestic abuse crimes and is considered to be one step closer to ending violence against women. It contains a range of new rules which have been planned to help victims of domestic abuse.

Lidington added: “We want to continue to do more and if people feel they need to be in touch do please contact the domestic violence hub at Kingston Council.”