On 21 October, writers, journalists, readers got together in The Old Red Lion pub in Islington, to celebrate the launch of Brexit: A Gothic Novella, by Aemilia Taylor-Nehab.

The reader is page-swept from David Cameron’s isolated Oxfordshire office to the raven spires at Glasgow University, in this visceral debut.

But the ending of Brexit had yet to be written – with just ten days till the extended deadline for the UK to leave the EU, guests had ideas about the future and frustrations about the past.

Peter Cook, author of Let’s Talk About BREX…it, said of the book launch: “This is about the most fun you can have with Brexit,” gesturing to the packed pub.

Liv Berit Tessem, also a Norwegian journalist, spoke about unity: “I really hope [British] people will manage to come together again, to heal this huge divide.”

The book launch ended with a group of inner-London Remainers better connected and emptying the first box of mince pies of the year. 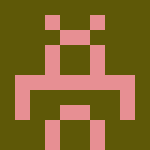