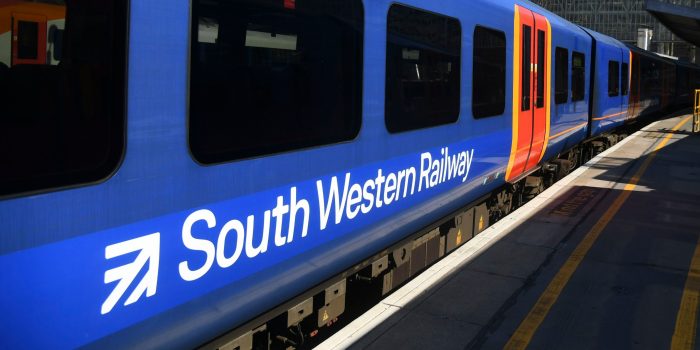 RMT Union has confirmed that its drivers will be on strike from December 2 2019 until January 2 2020 following long-running disputes with SWR over the proposed removal of despatch guards.

Assistant General Secretary for RMT Union Steve Headley said: “A few weeks ago we had a settlement on the table that meant that the drivers would be opening their doors, but the guards were being despatched for trains, and despatched for the safety of the trains.

“For no reason we can understand it was pulled at the last minute. People are absolutely furious.”

SWR have warned passengers that they will be running an alternative timetable to account for the reduced service and have produced a route map of the affected lines.

They estimate that more than half of their usual services will operate as usual, but replacement buses will be running for routes that are reduced or cancelled.

“Unfortunately it is clear to us that the RMT is unclear on what this dispute is about and intent on striking no matter what.”

London TRC Secretary Glen Hart supported the union’s position, saying: “Twenty-seven days is what’s needed. This dispute has been going on for so long, and this is going to be something significant.

“The bosses haven’t really changed their direction, they’re just trying to oppose something… I’m proud of the union for making a stand to support the workers.”

In an earlier statement, managing director for South Western Railway Andy Mellors said: “It seems the RMT Executive has called these strikes at a time when they know they will cause maximum misery.”

RMT defended the strikes and said that this is a question of passenger safety and security on trains, and by removing the despatch guard from the process, commuters’ safety will be at risk.

However, SWR labelled the union’s demands as “outdated”, saying that they will not compromise on the “much needed modernisation” of the service.

Many commuters expressed their disappointment and frustration with the strikes.

Frequent commuter Paul Murray, 54, said: “It’s ridiculous. I understand the safety concerns they’re talking about but taking it out on the public is wrong, especially around Christmas time. We’re the ones being affected by it, not them.”

For more information and to see if your routes are affected, see here.