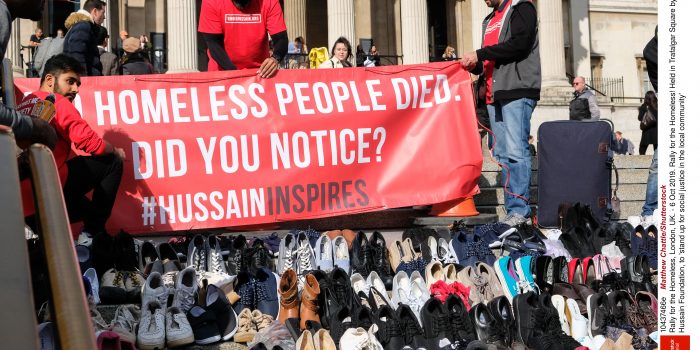 Kingston councillor Ian George will be sleeping rough for the night in Westminster this Friday as part of a campaign by the homeless charity Streets of London.

Streets of London has raised more than £450,000 over the last five years and is aiming to raise £30,000 from the fundraising event this month. According to Ian George, they’re “well on target for that”.

“I’ve done it before for Kingston Churches Against Homelessness (KCAH) a couple of times previously,” he said, emphasising that as a counsellor: “[he] found out about people who were really up against it and need an out.”

“While many people think that the council will provide temporary accommodation, this is not actually true,” according to the councillor. “Quite often they’ll send you to KCAH and they’ll often just give you a sleeping bag.”

On the charity’s website, it identifies the causes of homelessness as benefit cuts, the housing crisis and cuts in funding that have meant “projects often struggle to find the funding they need to do this vital work”.

George blames a lack of housing in the area and refers to it as a “ticking time bomb” while labelling the charity’s work as a “short-term fix, picking up the pieces with one-off grants.”

As reported last week by the Courier, the council spent over £70,000 on a consultation to gauge opinion on the ‘new local plan’ aimed partially at addressing the fact that Kingston is only delivering 75 percent of its housing target.

According to a council report issued in August, it would need to more than triple the number of new houses being built over the course of the new plan in order to meet housing targets set by the Mayor of London Sadiq Khan.

Streets of London, for its part, has managed to stretch the £100,000 grant they were issued by the government, to providing services including providing shelter, welfare advice and a catering training programme amongst others.

To support Ian’s campaign and donate head to:
https://uk.virginmoneygiving.com/fundraiser-display/showROFundraiserPage?userUrl=IanGeorge10&pageUrl=1

Or to find out more about the charity’s work:
http://www.streetsoflondon.org.uk/